A step toward recovering reproduction in girls who survive childhood cancer 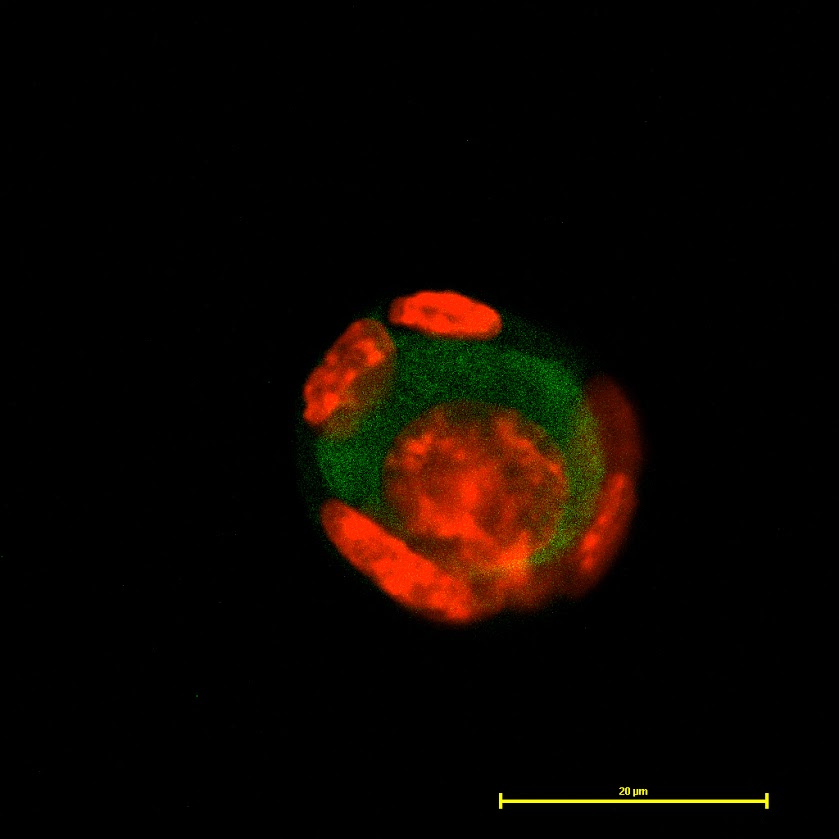 A primordial immature ovarian follicle with an oocyte, which can mature into a fertilizable egg. Image courtesy: Michigan Engineering

ANN ARBOR—Leukemia treatments often leave girls infertile, but a procedure developed by researchers at the University of Michigan working with mice is a step toward restoring their ability to be biological mothers.

Ovarian follicles are the “nests” that carry eggs and support them to grow and become viable. The researchers demonstrated that they could dramatically improve the rate at which follicles develop mature eggs by surrounding the follicles with adipose-derived adult stem cells in a 3D scaffold that mimics the environment of the ovary.

Adipose-derived stem cells can be obtained from readily available fat tissue in adults.

The researchers point out that utilizing this approach in women is a ways off, but it could offer hope for many.

Once a patient is cancer-free and they want biologically related children, we hope we’ll be able to take their ovarian follicles, grow them in vitro and obtain healthy eggs for these young, otherwise healthy women. 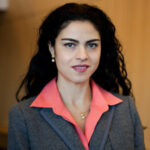 “Once a patient is cancer-free and they want biologically related children, we hope we’ll be able to take their ovarian follicles, grow them in vitro and obtain healthy eggs for these young, otherwise healthy women,” said Ariella Shikanov, U-M associate professor of biomedical engineering.

The described approach increased follicle survival from less than 5 percent to between 42 percent and 86 percent depending on the size of the follicle. The research was recently published in Stem Cell Research & Therapy Journal.

“This is a huge step toward being able to preserve the fertility of women and girls undergoing chemotherapy and radiation for cancer since those treatments are toxic to the follicles,” said Claire Tomaszewski, a U-M doctoral student in biomedical engineering and member of the research team.

At this time, a young female leukemia patient’s hope for carrying and delivering a biologically related child is freezing ovarian tissue prior to treatment, and hoping technology can eventually make follicle growth and maturation a viable procedure.

And historically, attempts to grow human follicles into eggs in two-dimensional petri dishes have failed.

The 3D scaffolds designed at U-M allow a single follicle to grow in all directions within polymer networks known as hydrogels. By surrounding the follicle with the adult stem cells, researchers create a smart delivery system for cytokines—growth-stimulating substances—from all directions as well. This improves the chances for successful development.

Follicles are far easier to culture in mice than humans, Shikanov said. But if the process can be successfully adapted in human cases, it would benefit many. That number is growing as cancer treatments save more lives and the focus shifts beyond simply surviving.

If the process were to be applied, it would look like this: A child or young woman diagnosed with leukemia who wishes to keep open the possibility of having a biological child would have an ovary removed and frozen before beginning treatments.

Once she has been given a clean bill of health and decides she wants to have a child, researchers would isolate follicles from that ovary, and grow them in the laboratory until the eggs are mature. Then healthy eggs would be fertilized and transferred into the woman’s uterus to carry through the pregnancy, which is already a well-established procedure known as in vitro fertilization, or IVF.