A tale of turkey tail: The part of the bird best left uneaten 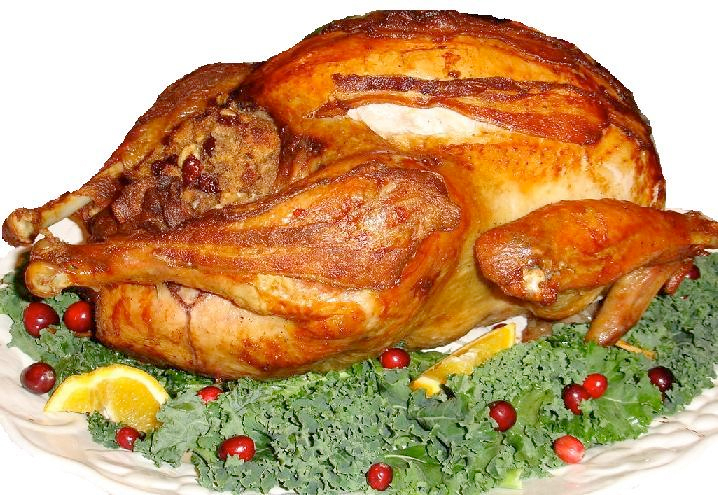 ANN ARBOR—While most Americans look forward to eating turkey on Thanksgiving, Pacific Islanders in the U.S. and on the islands are most likely to eat a part of the bird few other Americans are familiar with: its tail.

“Turkey tail is marketed selectively to Pacific Island communities throughout the U.S. and in Pacific Island territories, as well as independent nations,” said University of Michigan researcher Sela Panapasa. “Actually it’s not the tail but a gland that attaches the tail to the turkey’s body. It’s filled with oil that the turkey uses to preen its feathers.”

“It’s full of fat and cholesterol, and contributes to one of the major health problems facing Pacific Islanders—obesity,” said Panapasa, a Pacific Islander originally from Fiji.

Native Hawaiians and Pacific Islanders are now the second-fastest growing minority group in the nation, according to the U.S. Census Bureau, increasing by 40 percent between 2000 and 2010. Alone or in combination with other races and ethnicities, the group now numbers more than 1.25 million people.

In the Pacific Islander Health Study that Panapasa recently conducted with colleagues from the U-M Institute for Social Research and Harvard University School of Public Health, she found that more than 80 percent of the Samoan and Tongan adults were overweight or obese.

“This is a serious health problem,” she said. “And while diet is not the only cause, it is a major contributing factor.”

Some Pacific Island nations have attempted to ban the importation of turkey tails and other high-fat food products, but the bans have been lifted in order for these nations to join the World Trade Organization. Panapasa hopes that increasing public awareness will eventually lead to changes in eating habits and that the diets of Pacific Islanders will soon come to include fewer high-fat turkey tails and more low-fat parts of the bird.

For more information about the Pacific Islander Health Study, visit: http://www.sampler.isr.umich.edu/2012/research/high-obesity-and-smoking-rates-among-pacific-islanders-um-study and http://projects.isr.umich.edu/nhpi/index.html

Established in 1949, the University of Michigan Institute for Social Research is the world’s largest academic social science survey and research organization, and a world leader in developing and applying social science methodology, and in educating researchers and students from around the world. ISR conducts some of the most widely cited studies in the nation, including the Thomson Reuters/University of Michigan Surveys of Consumers, the American National Election Studies, the Monitoring the Future Study, the Panel Study of Income Dynamics, the Health and Retirement Study, the Columbia County Longitudinal Study and the National Survey of Black Americans. ISR researchers also collaborate with social scientists in more than 60 nations on the World Values Surveys and other projects, and the institute has established formal ties with universities in Poland, China and South Africa. ISR is also home to the Inter-University Consortium for Political and Social Research, the world’s largest digital social science data archive. For more information, visit the ISR website at http://www.isr.umich.edu.