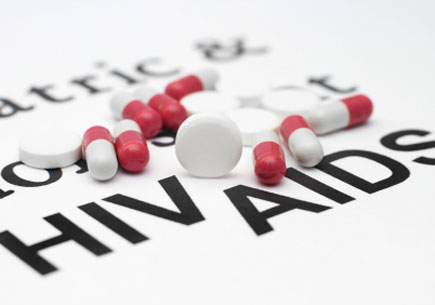 ANN ARBOR—African-Americans with HIV are much less likely to adhere to drug therapy than others with the disease, according to a University of Michigan study.

Moreover, untreated depression may greatly hinder adherence to antiretroviral therapy (ART) for all low-income, HIV-infected patients, regardless of race.

The study is the first known to indicate a true racial disparity in antiretroviral therapy adherence, says Rajesh Balkrishnan, associate professor at the University of Michigan School of Public Health and the College of Pharmacy. Less than 30 percent of African-American HIV patients in the one-year study sustained optimal adherence to ART, compared to 40 percent of other HIV patients.

“Our results show an alarming disparity in the quality of pharmaceutical care provided to African-American Medicaid enrollees with HIV,” Balkrishnan said. “These enrollees have much lower adherence rates to ARTs and a 10 percent higher incidence of depression.”

More than 66 percent of the 7,034 HIV-infected patients in the study were African-American and nearly half of them reported depression.

The good news is that antidepressant treatment nearly doubled the odds of optimal ART adherence among patients of all races who reported depression, Balkrishnan says. Anything greater than 90 percent adherence to therapy was considered optimal for purposes of the study. For antiretroviral drugs to be effective, patients should sustain 90-95 percent adherence to treatment.

Balkrishnan’s research group set out to examine the possible link between race and ART adherence in low income HIV-infected populations, and whether any racial differences in therapy adherence was further enhanced by depression. Racial disparities exist in many aspects of HIV/AIDS, but until now not much was known about race and ART adherence, or depression and adherence.

Though depression was high among all HIV patients regardless of race, depression did not further enhance the already-existing racial disparity in adhering to drug therapy. However, Balkrishnan pointed out that this should be interpreted with caution, since evidence has shown that African-Americans are less likely to be diagnosed and treated for depression than whites.

Balkrishnan says it’s unclear exactly why African-American ART adherence is lower, but past research shows that African-Americans have less access to care, have less trust in the health care providers and are more likely to postpone care than white patients.

“The fact that many African-American patients with compromised mental health states have poorer access and use of essential ART therapy points out to significant disparities in our health care system, and we need to take proactive steps to address these gaps,” he said.

The study, “Association between race, depression, and antiretroviral therapy adherence in a low-income population with HIV infection,” appears in an advanced online publication of the Journal of General Internal Medicine.