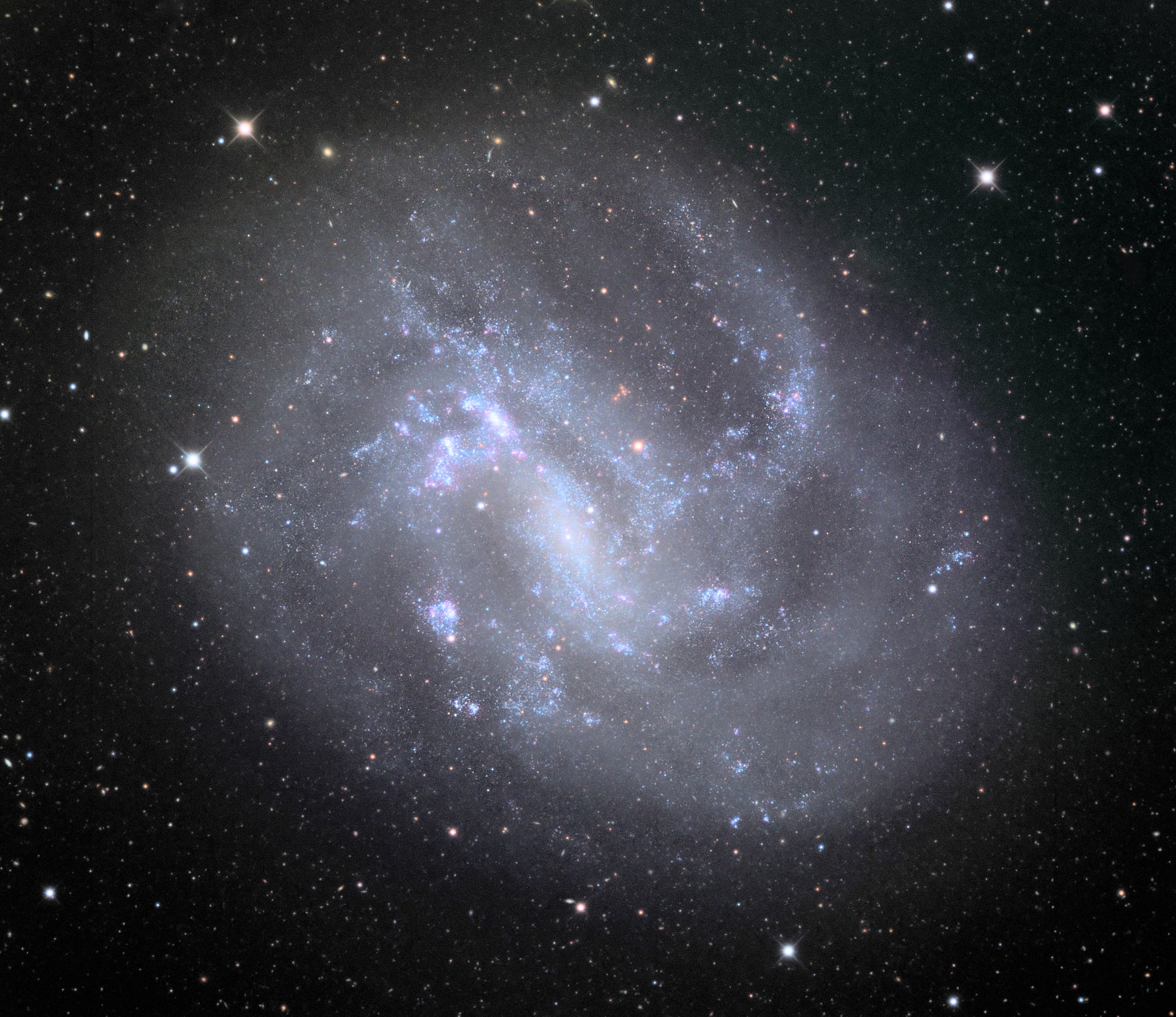 ANN ARBOR—If astronomers want to learn about how supermassive black holes form, they have to start small—really small, astronomically speaking.

In fact, a team including University of Michigan astronomer Elena Gallo has discovered that a black hole at the center of a nearby dwarf galaxy, called NGC 4395, is about 40 times smaller than previously thought. Their findings are published in the journal Nature Astronomy. 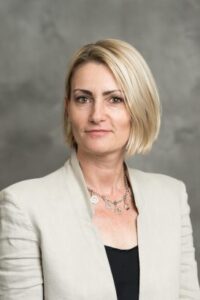 “The question remains open for small or dwarf galaxies: Do these galaxies have black holes, and if they do, do they scale the same way as supermassive black holes?” Gallo said. “Answering these questions might help us understand the very mechanism through which these monster black holes were assembled when the universe was in its infancy.”

To determine the mass of NGC’s black hole, Gallo and her fellow researchers employed reverberation mapping. This technique measures mass by monitoring radiation thrown off by what’s called an accretion disk around the black hole. An accretion disk is a mass of matter collected by the gravitational pull of black holes.

As radiation travels outward from this accretion disk, it passes through another cloud of material farther out from the black hole that’s more diffuse than the accretion disk. This area is called the broad-line region.

When the radiation hits gas in the broad-line region, it causes atoms in it to undergo a transition. This means that the radiation bumps an electron out of the shell of an atom of hydrogen, for example, causing the atom to occupy a more energetic level of the atom. After the radiation passes, the atom settles back into its previous state. Astronomers can image this transition, which looks like a flash of brightness.

Using data from the MDM Observatory, the astronomers calculated that it took about 83 minutes, give or take 14 minutes, for radiation to reach the broad-line region from the accretion disk. To calculate the black hole mass, they also had to measure the intrinsic speed of the broad-line region, which is the speed at which the region cloud is moving under the influence of the black hole gravity. To do this, they took a high-quality spectrum with the GMOS spectrometer on GEMINI North telescope.

By knowing this number, the speed of the broad-line region, the speed of light and what’s called the gravitational constant, or a measure of gravitational force, the astronomers were able to determine that the black hole’s mass was about 10,000 times the mass of our sun—about 40 times lighter than previously thought. This is also the smallest black hole found via reverberation mapping.

This regime of dwarf galaxies is largely unexplored when it comes to the properties of their nuclear black holes. We don’t even know if every galaxy has a black hole. This adds a new member to the family of black holes we have information about.

“This regime of dwarf galaxies is largely unexplored when it comes to the properties of their nuclear black holes,” Gallo said. “We don’t even know if every galaxy has a black hole. This adds a new member to the family of black holes we have information about.”

This information also could help astronomers understand how much larger black holes shape the galaxies they occupy. A field called black hole feedback explores how black holes affect the properties of their host galaxies at much larger scales than their gravitational pull should reach.

“There’s no reason why stars that live at orders of magnitude larger than the area where black hole gravity dominates should even know that there’s a black hole in their galaxy, but somehow they do,” Gallo said. “Black holes somehow shape the galaxy they live in on very large scales, and because we don’t know much about smaller galaxies with their smaller black holes, we don’t know whether that’s true all the way down. With this measurement, we can add more information to this relationship.”