Laurel Thomas has been at the University of Michigan since 2001.

She began her career as a reporter and anchor for radio and television. She later worked in public relations for a small hospital and a chamber of commerce in Northern Michigan, and prior to U-M at a statewide social service agency, serving as director of communications. She has held faculty positions in broadcast journalism, journalism and public relations.

She holds universal accreditation through the Public Relations Society of America. 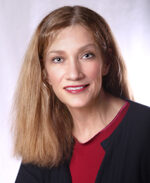