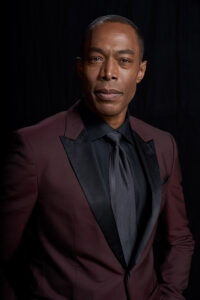 The University of Michigan School of Music, Theatre & Dance has appointed acclaimed musical theater artist and educator Michael McElroy as the new chair of the school’s top-ranking Department of Musical Theatre.

His appointment was approved today by the U-M Board of Regents at its monthly meeting.

McElroy, who is also a vocal arranger, composer and a leader in forging diversity initiatives for the performing arts, begins his tenure this fall as the Arthur E. and Martha S. Hearron Endowed Professor of Musical Theatre. He succeeds Vincent Cardinal, who has served as chair since 2016 and is stepping down to focus exclusively on teaching.

“This is a thrilling appointment for us,” said David Gier, dean of the U-M School of Music, Theatre & Dance. “Michael McElroy brings a trifecta of invaluable experience: As a seasoned artist with 30 years on the Broadway stage, as an educator with impeccable credentials and as a leader working for diversity, equity and inclusion in the performing arts. With this unique background, he is ideally suited to guide our celebrated musical theater program into the future at a pivotal time for the theater industry and for higher education.”

A Tony-nominated musical theater veteran, McElroy joins SMTD after 10 years at New York University where he was an associate arts professor in the New Studio on Broadway, a musical theater acting studio in undergraduate drama at NYU’s Tisch School of the Arts. Part of the inaugural faculty that created the studio, he served as head of vocal performance, creating the curricula for the discipline, and as director of diversity initiatives for Tisch Drama, a position that he originated. 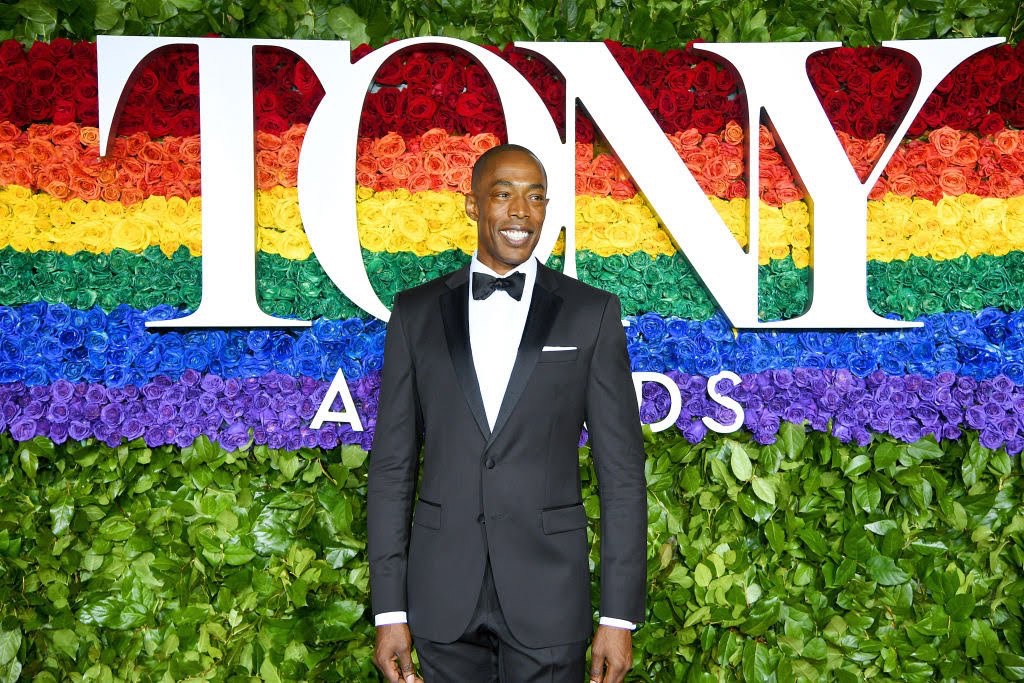 Michael McElroy, an award-winning performing artist, educator, vocal arranger, composer and a leader in forging diversity initiatives for the performing arts, begins his tenure this fall as the Arthur E. and Martha S. Hearron Endowed Professor of Musical Theatre at the University of Michigan School of Music Theatre & Dance. He is pictured here at the 2019 Tony Awards.

In 1994, McElroy founded Broadway Inspirational Voices, a diverse, professional choir of Broadway artists, “united to change lives through the power of music and service,” for which he served as music director until stepping down last month. In 2019, BIV received the Tony Award Honor for Excellence in the Theatre.

McElroy is also a founding member of Black Theatre United, Music Theater Dance Professionals in the Academy and MUSE (Musicians United for Social Equity), organizations that share a mission of advancing more equitable practices in the performing arts.

“Professor McElroy is a leader in the teaching of our craft and is committed to raising up diverse voices in our field,” said Jason DeBord, associate professor in the Department of Musical Theatre who led the search committee for the new chair. “He is one of the most respected individuals in musical theater education and performance, and we are fortunate to have him at the university and at SMTD.”

McElroy said he is “excited to be a part of such an amazing program, at a university that looks at its musical theater program as something of absolute value and importance to the institution. And I’m thrilled to be in conversation with faculty who are really excited to build upon the legacies of Vince Cardinal and Brent Wagner.”

McElroy’s performance career launched when he moved to New York after graduating from Carnegie Mellon University in 1990 with a degree in theater; he recently received the university’s Alumni Achievement Award in 2020.

His Broadway credits include “Sunday in the Park With George” (2017 revival), “Next To Normal”, “Rent” (in the role of Tom Collins), “The Wild Party,” “The Who’s Tommy,” “Miss Saigon,” “Patti LuPone on Broadway,” “High Roller Social Pleasure Club” and “Big River,” for which he received a Tony nomination for Best Supporting Actor in a Musical for his performance as Jim. His vocal arrangements have been heard in the Broadway shows “Disaster!” and “Street Corner Symphony,” as well as off-Broadway and regional productions.

“I know what that long-term journey is,” said McElroy, speaking about his performance career. “I can now help students understand what longevity is in a career and the importance of reputation, consistency, building relationships, having joy in the room—all these things that the world in which we live doesn’t always help you to cultivate.”

“It’s a part of who I am, because I have to deal with these issues,” McElroy said. “Having to navigate these challenges, I know how it builds resilience, and I’ve come to believe that it’s the next iteration of musical theater training: how we build those skill sets so we’re able to really see and value every lived experience in the space, and then engage in complicated subject matter through the work.”

McElroy developed a relationship with SMTD over the last three years as he has twice served as the school’s Broadway Artist in Residence, an initiative supported by the Benard L. Maas Foundation and further developed by Cardinal.

“We are indebted to Vince Cardinal for his exceptional stewardship of our department, and are grateful and delighted that he will remain on our faculty as a beloved teacher and colleague,” DeBord said. “His leadership has set the stage for this transformative new era in our school and industry.”

The U-M Department of Musical Theatre was founded in 1984 and for 32 years was chaired by Brent Wagner, who built it into one of the top musical theater programs in the world. It provides students with a unique opportunity to receive a premier university education in conjunction with intense, conservatory-style training and features one of the largest networks of alumni working on Broadway, including Tony Award winners Gavin Creel, Celia Keenan-Bolger, Benj Pasek and Justin Paul.