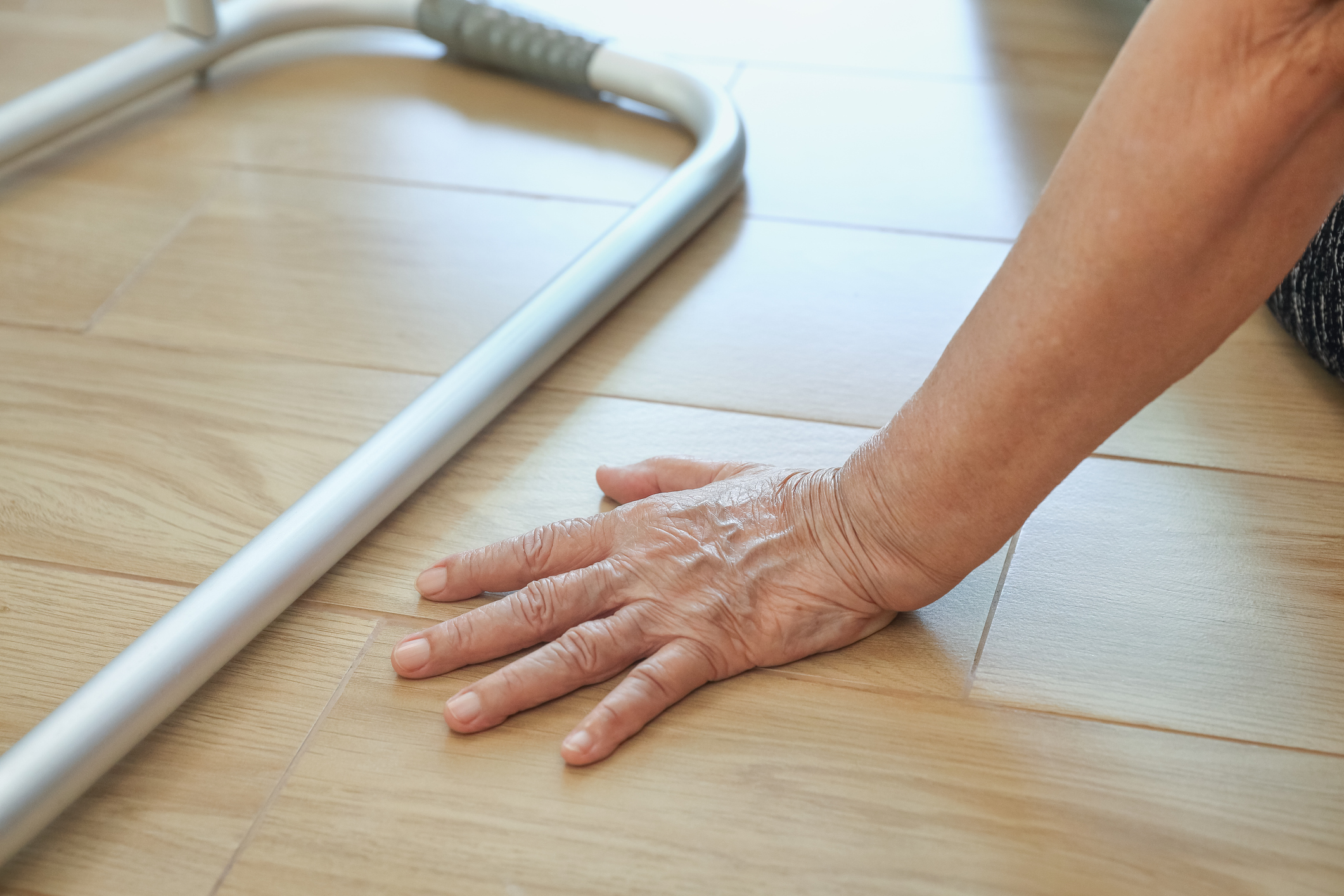 In older adults, the risk of a fall injury rises substantially in the month before a hospitalization and remains elevated after discharge, a University of Michigan study found.

The findings suggest that if fall prevention measures were implemented earlier and across care settings—home, nursing home, rehab, hospital—trained professionals could uncover these underlying illnesses before they become so serious that they require hospitalization.

“By the time someone’s in the hospital, we’ve missed signs of deteriorating health,” said Geoffrey Hoffman, assistant professor at the U-M School of Nursing and principal investigator on the study. “And, by ignoring needs for rehabilitation and recovery after hospitalization, we are allowing risk to accrue and remain for the most vulnerable patients.”

Hoffman and colleagues wanted to know if falls increased or decreased for adults in the six months before and after a hospitalization. The national study included data for patients 65 and older who were hospitalized for a reason besides a fall.

One of the big implications of the findings is that patients bring a lot of fall risk into the hospital, and so it’s even more imperative that hospitals provide better in-hospital as well as discharge fall-prevention efforts, Hoffman said. Although fall injuries are among the costliest diagnoses in Medicare, little has been done to partner hospitals with other care providers along the care continuum, he said.

“We know that care coordination is critical for helping patients manage risk. But when it comes to falls—a primary indicator of function—our system typically interacts with patients after an injury and isn’t broadly successful at managing risk proactively or longer term, or assigning interdisciplinary teams to patients moving through various parts of the health care system.”

Falls can be fatal for older adults. Every year, about one-third of older Americans fall, and 10%-15% are injured.
Geoffrey Hoffman

Falls can be fatal for older adults. Every year, about one-third of older Americans fall, and 10%-15% are injured. Both fatal and nonfatal injuries are up, and will likely keep rising given the burgeoning older adult population, Hoffman said. Medicare spends $15 billion to $35 billion annually on fall injury treatment.

Fall risk naturally increases with age but that doesn’t have to mean a loss of independence, Hoffman said. With preparation, older adults and caregivers can reduce risk and negative outcomes associated with falls.

“All activities come with risk, and it’s important to maintain independence,” Hoffman said. “The best way to do that is to be cognizant of fall risks—environmental safety hazards, issues with mobility—and, if comfortable, aim to do something about them. Find a yoga class, work on muscle strengthening and flexibility.”

Not all falls are dangerous, and families can help determine the proper tradeoff between risk and independence, he said.

“It might be worth being more active even if fall risk slightly increases, as long as the older adult is comfortable with that risk,” he said.