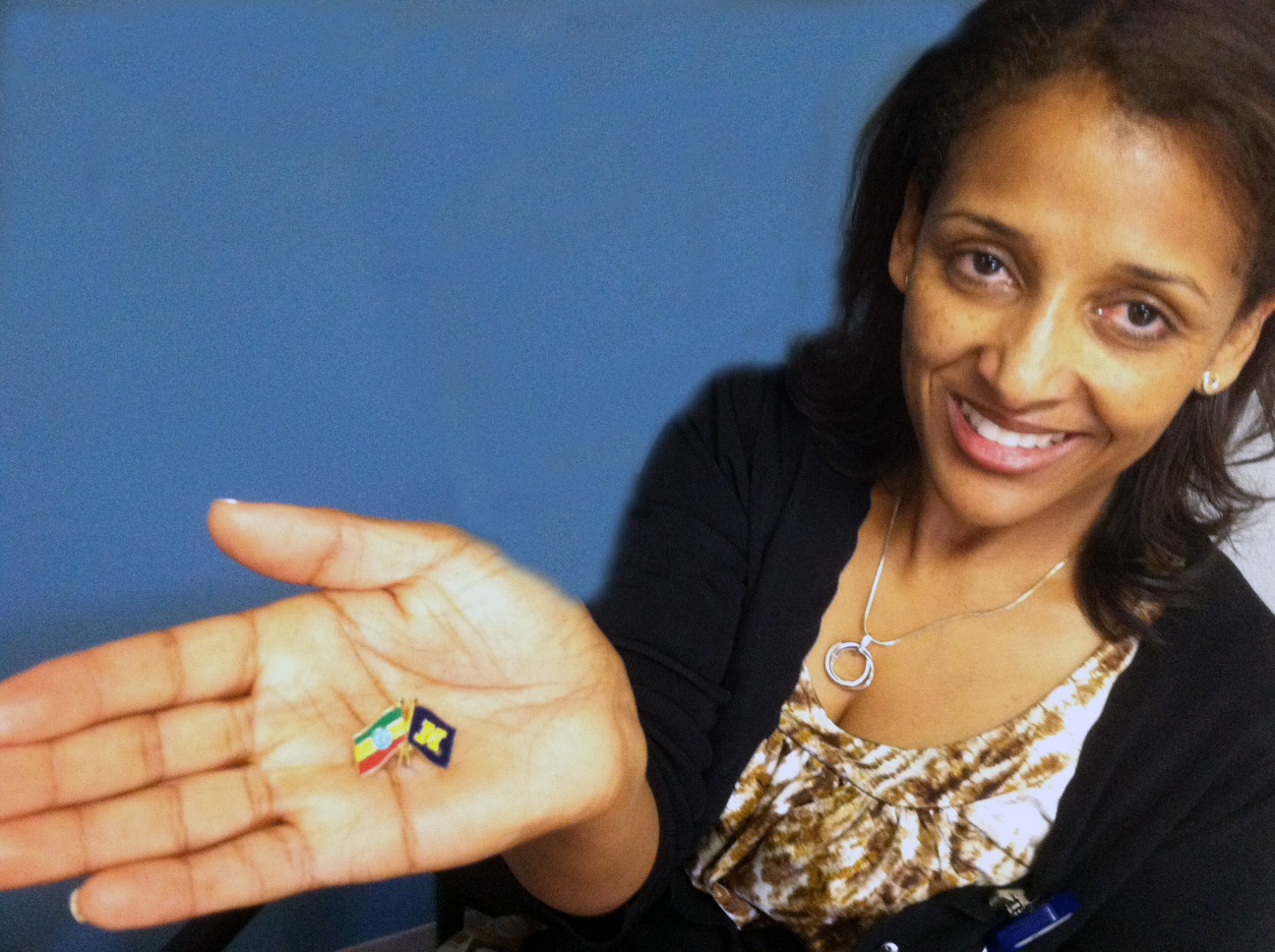 Senait Fisseha leads a new initiative to train Ethiopian doctors. Image credit: William ForemanANN ARBOR—Brain drain is so severe in Ethiopia that the nation’s health minister has complained there are more Ethiopian doctors in Chicago than in his own country.

The good news is that the East African nation has one of the world’s fastest-growing economies and is recovering from the nightmare decades of civil war and famine. Tackling the health care crisis is high on the priority list of the government, which has opened 13 new medical schools in the last two years. But training the doctors is still a huge challenge.

Fisseha said that U-M has learned from its work in other African nations—especially Ghana—that one of the best ways to retain medical talent is to offer doctors training and other opportunities to advance their careers.

“People don’t want to leave their country if they have the option to stay there. Nobody wants to be a second-class citizen somewhere else,” Fisseha said.

Her work is funded by a $1.6 million grant from an anonymous foundation. She has received an additional $270,000 per year for the next five years from the Centers for Disease Control and Prevention and the American International Health Alliance.

When she began working at St. Paul’s, the hospital only had two OB-GYN doctors. One was an administrator and the other was the department chair, assisted by 16 midwives.

Since the start of the partnership with U-M, the hospital has been able to recruit six more OB-GYN physicians who decided to leave their private practice or jobs at nongovernmental organizations. The doctors—who can make seven times more money in private practice—were willing to trade higher pay for better career opportunities, Fisseha said. 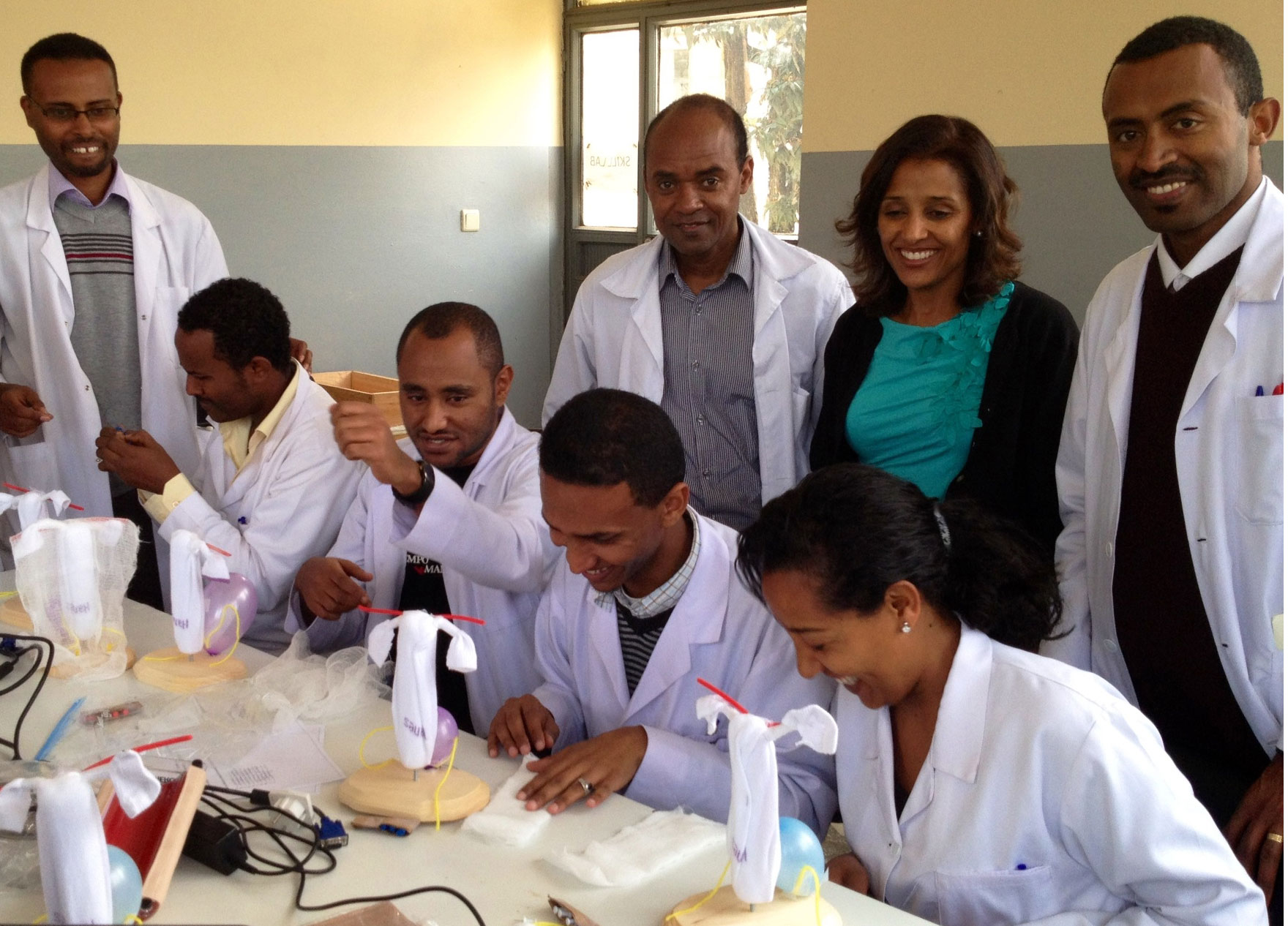 “Now, there are 200 OB-GYNs in the country with a 90-million population,” Fisseha said. “In four years, we will be able to contribute about 50 OB-GYNs. It’s a quarter of what the country has now. It’s a massive contribution.”

Postgraduate training programs are extremely rare in Ethiopia. After students earn their medical degrees as undergraduates, they’re sent out into the field as generalists, often working on their own with little supervision.

“They are the surgeons. They are the OB-GYNs. They learn to do everything while they are deployed to the rural areas after medical school and internship,” Fisseha said.

The U-M doctor knows Ethiopia well because she was born in Addis Ababa and experienced much of the violence and tumult of the dark days.

Fisseha came to the U.S. in 1989 after finishing high school. After earning degrees in medicine and law at the University of Southern Illinois, she decided to do her residency at U-M, impressed by the university’s work in Africa.

After finishing her residency in 2006, she was eager to start a training program in Ethiopia, but the timing wasn’t right yet. The prospects started looking promising two years ago when progressive officials in Ethiopia began mobilizing global resources to improve health care in the country.

“Everybody who travels to Ethiopia says that this is a robust time for change,” Fisseha said. “It’s easy to implement things. You can move things quickly. People function differently.”

Fisseha has also been collaborating with other departments in the medical school and arranging exchanges between Ethiopian and U-M faculty in other fields, such as surgery, nephrology, radiology and anesthesia.

A postgraduate training program in general surgery was launched this month and planning is in place to start internal medicine and radiology training programs in 2014. The partnership is now expanding beyond the medical school and she has colleagues from the Ross School of Business and the William Davidson Institute as well as biomedical engineering collaborating with her in Ethiopia.

The country also has much to offer U-M medical students, she said.

“The kinds of diseases they see in Ethiopia are very rare here,” Fisseha said. “Diseases are detected early in the U.S. For example, you don’t see advanced breast cancer eroding through the breast. You only see it in textbooks.”

“It’s a tremendous learning environment for our students,” Fisseha said.