Bed nets and vaccines: Some combinations may worsen malaria 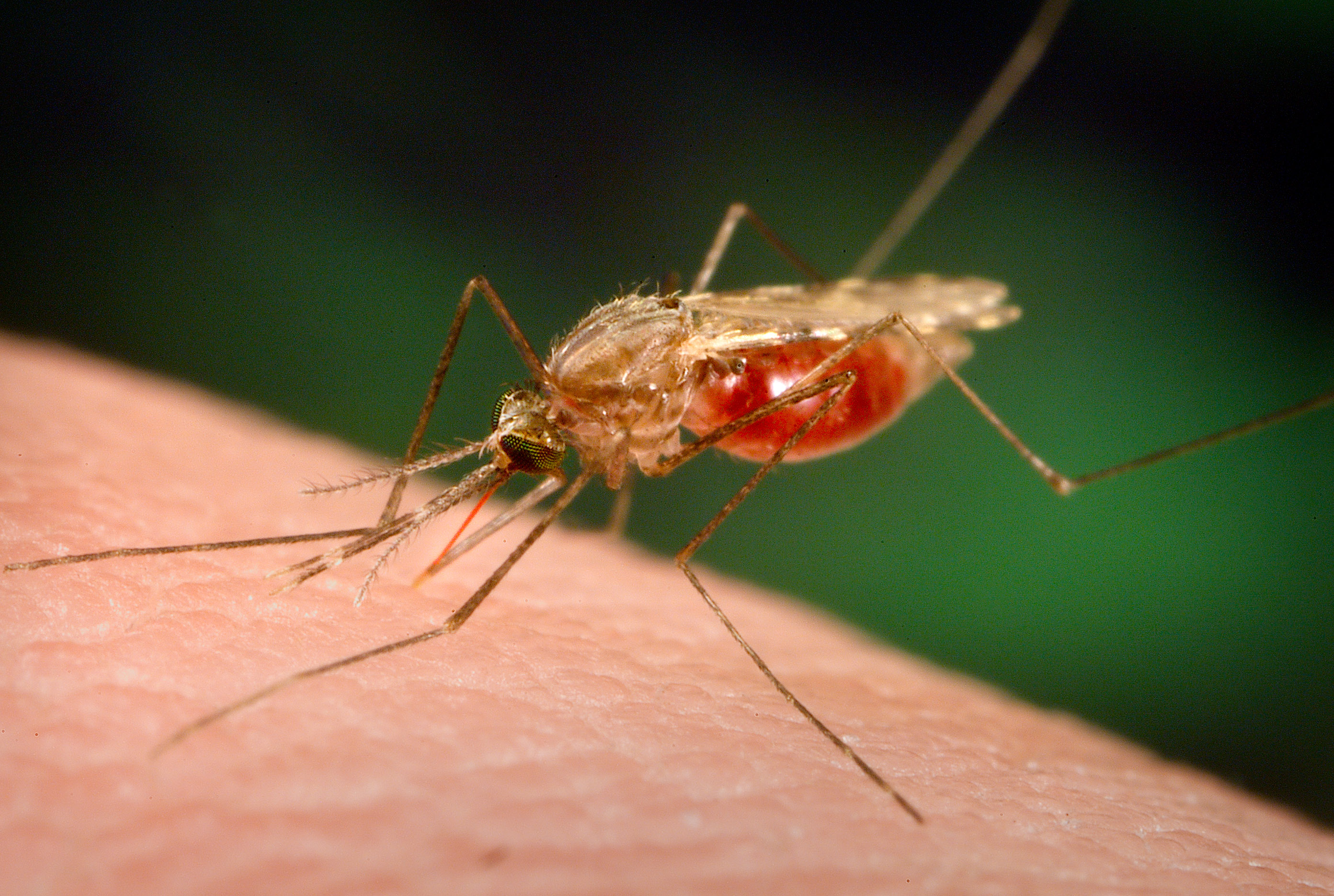 Photo of an Anopheles funestus mosquito, an important vector of malaria in Africa. Image credit: CDC/ James Gathany, Dr. Frank Collins, University of Notre DameANN ARBOR—Combining insecticide-treated bed nets with vaccines and other control measures may provide the best chance at eliminating malaria, which killed nearly 600,000 people worldwide in 2013, most of them African children.

More than 20 malaria vaccine candidates are in different stages of development, but none are licensed for use. So no one knows for sure what will happen when vaccines and bed nets are used together.

A University of Michigan-led research team used a mathematical model of malaria transmission to find out. The researchers examined potential interactions between the two control measures and found that—in some cases—the combination of bed nets and a vaccine actually makes the problem worse.

“The joint use of bed nets and vaccines will not always lead to consistent increases in the efficacy of malaria control. In some cases, the use of vaccines and bed nets may actually make the situation worse,” said Mercedes Pascual, a professor in the U-M Department of Ecology and Evolutionary Biology.

“Specifically, our study suggests that the combined use of some malaria vaccines with bed nets can lead to increased morbidity and mortality in older age classes.”

Pascual is co-author of a paper scheduled for online publication Jan. 19 in Proceedings of the National Academy of Sciences. The first author is Yael Artzy-Randrup of the University of Amsterdam, a former postdoctoral researcher in Pascual’s lab. The other author is Andrew Dobson of Princeton University.

The malaria vaccines under development fall into three categories, each focusing on a different stage of the malaria life cycle. That cycle involves human hosts and Anopheles mosquitoes infected with Plasmodium parasites.

Preerythrocytic vaccines, or PEVs, aim to reduce the chances that a person will be infected when bitten by a disease-carrying mosquito. Blood-stage vaccines, or BSVs, don’t block infection but try to reduce the level of disease severity and the number of fatalities.

Transmission-blocking vaccines, or TBVs, don’t protect vaccinated individuals against infection or illness. But they prevent mosquitoes from spreading the disease to others after biting a vaccinated person.

Because TBV vaccines provide no protection to the vaccinated person but potentially reduce the rate at which others are infected, they are commonly called altruistic vaccines.

Pascual and her colleagues found that the combination of treated bed nets and TBV vaccines achieves the most efficient control, resulting in fewer cases of malaria while increasing the probability of eliminating the disease.

“Ironically, the vaccines that work best with bed nets are the ones that do not protect the vaccinated host—the bed net does that—but instead block transmission of malaria in mosquitoes that have found an opportunity to bite vaccinated hosts,” Artzy-Randrup said.

In contrast, both BSV and PEV malaria vaccines, when combined with bed nets, actually increased the number of malaria cases seen in the modeling study. Interactions between the bed nets and those vaccines reduced levels of natural immunity in the population, increasing morbidity in older age classes.

Unraveling the interactions between bed nets and vaccines is especially challenging due to the complex and transient nature of malaria immunity.

A child’s first malaria infection can result in severe, sometimes fatal, illness. If the child survives, he or she will gain partial immunity that reduces the risk of severe illness in the future.

Additional bites from infected mosquitoes can help the child retain that immunity, which would otherwise wane after one to two years. But the combination of bed nets and certain vaccines can undermine that natural immunity.

“This complexity is at the heart of why it has been so hard to develop any sort of malaria vaccine,” said co-author Dobson.

In 2013, there were an estimated 198 million malaria cases worldwide, including 584,000 deaths, according to the World Health Organization. Most deaths occur among children living in Africa, where a child dies every minute from malaria, according to WHO.

Funding for the modeling study was provided by the Fogarty International Center, the National Institutes of Health, a James McDonnell Foundation award, and Princeton University Grand Challenges. Pascual is an investigator of the Howard Hughes Medical Institute.