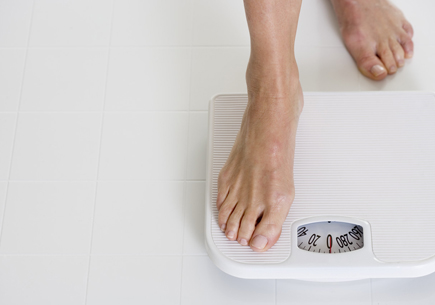 ANN ARBOR—People setting a goal to lose weight in 2013 may want to first ask themselves if diet or exercise is more important to success.

Whether a person believes obesity is caused by overeating or by a lack of exercise can predict whether he or she will gain or lose weight, according to University of Michigan research to be published in the journal Psychological Science.

With two-thirds of the adult U.S. population classified as overweight or obese and similar numbers in many developed nations, obesity has become an important health concern.

In a series of studies across five countries on three continents, the research showed that people mainly believe either that obesity is caused by a lack of exercise or by a poor diet.

“The greater the extent to which you believe it is diet, the thinner you are on average,” said Brent McFerran, a marketing professor at the Ross School of Business.

The beliefs a person holds predict how that person will approach the goal of weight loss. McFerran said that people who believe obesity is caused by diet consume less food. Those who believe it is caused by a lack of exercise should work out more. The problem with that is that people tend to overestimate the amount of calories burned during exercise and underestimate calories in the food they eat.

For example, a 20-ounce venti Java Chip Frappucino from Starbucks contains 580 calories. It would take the average person four hours to walk it off.

This is not to say that exercise does not help reduce weight as long as calorie intake doesn’t also increase, said co-author Anirban Mukhopadhyay, a marketing professor at the Hong Kong University of Science and Technology.

“Our finding is simply that people who believe strongly in lack of exercise as the primary cause, rather than poor diet, tend to have higher body masses.” Mukhopadhyay said.