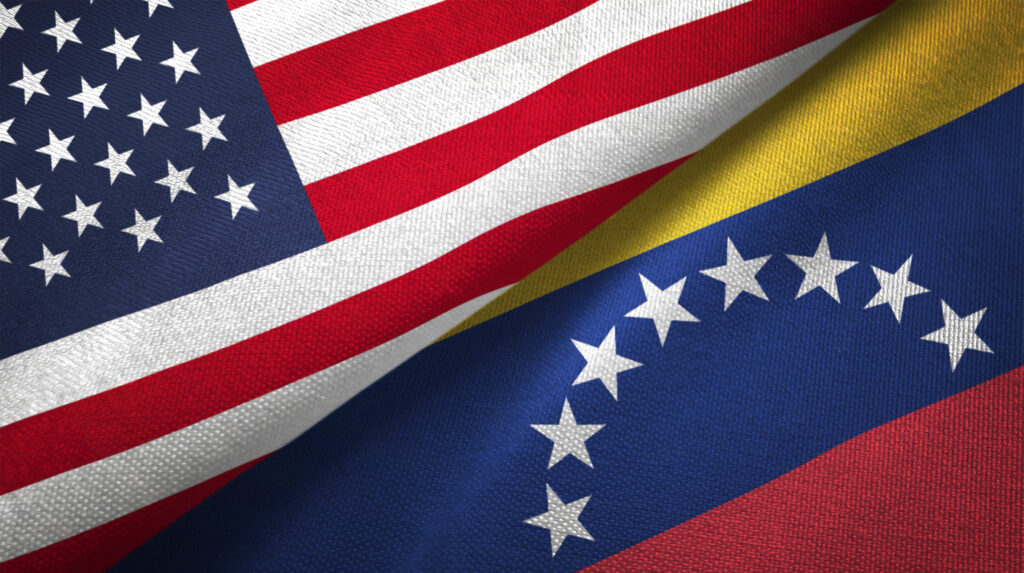 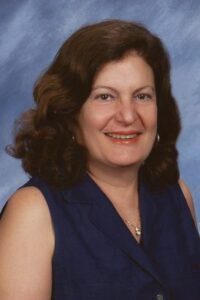 Silvia Pedraza, professor of sociology and American culture at the University of Michigan, discusses the reasons for the designation and its potential implications. Her research seeks to understand the causes and consequences of immigration as a historical process that forms and transforms nations. She is co-author of “Revolutions in Cuba and Venezuela: One Hope, Two Realities.”

What is temporary protected status?

Temporary protected status started due to Hurricane Mitch, which was devastating to Honduras and Nicaragua. People lost their homes, the animals they were gracing, their farms, whole villages—everything. As a result, a massive exodus towards the United States took place. At that time, the United States was also passing the Immigration Act of 1990 and TPS became embedded in it.

It is what it says: It grants people protected immigration status, temporarily. If you have TPS, you are not undocumented or illegal, although you are also not a legal resident, a green card holder, nor are you a citizen. It grants you legal protection for some time (it is often repeatedly extended for a long time). During that time, you may gain legal status.

What it is not: It’s neither a green card nor a path to citizenship. If you find a way to gain residency or citizenship, you can then remain in the United States. How can you become a resident of the United States if you arrive without papers? Two ways: marry a U.S. citizen (if the marriage is genuine) or have an American employer sponsor you by giving you a job (if you are particularly suited for it). Thus you can gain permanent residency.

The estimates are that about 300,000 Venezuelans now live in the United States and they’re mostly concentrated in south Florida. TPS status means they don’t have to fear that they will be found and deported because they don’t have legal papers. They can stop being afraid. They can feel supported by the United States. TPS status means that they will not be forcibly returned to the country they left due to political or social instability or natural disasters. They can feel safe and be able to make a new life in the U.S.

Why have Venezuelans been granted TPS?

The reason is that Venezuela is experiencing an extraordinary economic and political crisis. So much so that representatives in the United Nations and the Organization of American States have called it a humanitarian crisis—like the one that Syria has been living through. The estimates of the United Nations Commission for Latin America is that the economy this year contracted by 30%. That’s minus 30% GDP. Those who do not agree with the government of Nicolás Maduro also experience political repression. And crime and homicide are rampant. So it’s impossible for people to continue to live there. Venezuelans have been pouring out of Venezuela at an enormous rate. In the last 10 years, about 5 million people have fled Venezuela. That’s about 18% of the country’s population of 28 million.

To put that number in perspective, in comparison, the Cuban exodus meant that the island progressively lost about 20% of its population, but it happened over the course of half a century. In the case of Venezuela, the exodus is very recent. The massive outpouring began with the complete decline of the economy under President Nicolás Maduro, after the death of President Hugo Chávez.

A lot of Venezuelans have crossed over to Colombia. So many people crossed over—about 1.8 million—that now they compose about 4% of its population. The president of Colombia, Iván Duque, decided that it was better for them to have legal status since they were already living and working inside of Colombia. Just a few days ago, Duque acted very generously, granting them amnesty. It is probably the most generous gesture that has ever taken place in the Western Hemisphere. Immediately thereafter, President Joe Biden also acted with generosity, giving the Venezuelans in the U.S. temporary protected status.

What do you think this move signals from the Biden administration as far as immigration policies?

The new Biden administration and new Homeland Security Secretary Alejandro Mayorkas want to have a more welcoming and less punitive stance towards immigrants. When he was president, Donald Trump’s stance was very punitive, especially towards Latinos. His administration particularly sought to get rid of everyone that came here without papers. They didn’t believe that anybody was really suffering from political violence or persecution. Given the deep economic crises in the countries the immigrants come from, Trump’s administration thought that they were all economic immigrants, illegitimately asking for asylum.

The Biden administration wants to have a more welcoming stance. How welcoming they can actually be, though, is a real question. Right now there are thousands and thousands of unaccompanied children that just arrived at the southern border. The U.S. government is faced with the lack of physical infrastructure to house them, the lack of employees to process them, the lack of knowledgeable people that can help to determine if they are political or economic immigrants (or both). It is important to be particularly attentive to those who are minors and have experienced real trauma, with the separation from their families. That also requires people with expertise in mental health, in child development and adolescence.

It’s a very difficult problem. They do not want to be punitive and they want to be more welcoming. However, they were not anticipating the rush of people to the southern border that has just taken place.

What has the Venezuelan crisis meant for the people in Venezuela?

The economic decline has a couple of sources. When he was president, Hugo Chávez wanted a different type of socialism, what he called “the socialism of the 21st century,” which was to be a socialism without poverty (contrary to Cuba’s socialism that has made the island poor). Chávez had the good fortune that at that time the price of petroleum on the world market was extremely high, so he had enormous resources to distribute to social programs for the poor. But then the price of oil began declining to now very low levels.

After Chávez’ death in 2013, Nicolás Maduro inherited a much poorer economy. In addition, he mismanaged the economy. It’s not just the decline in the price of oil. He’s not much of a manager. Some people highlight that he has also been a corrupt leader.

The fact is that right now the Venezuelan economy has contracted, with the GDP declining by minus 30%. That means that people are suffering from famine, that they lack safe drinking water, that they are jobless, that they lack basic goods, that they are prey to theft and crime, that they cannot live with dignity. Venezuela used to be a country of immigrants, where people went to make new lives. Tragically, now it has become a country of emigrants. People join the massive exodus because there is no future—and no present.

The opposition to Maduro’s leadership is vast, and a lot of it has remained inside Venezuela (contrary to Cuba, where most of the opposition left). But it’s very fragmented. They have not been able to come up with a clear solution that would be an alternative to Maduro. At present, there are two presidents in Venezuela: one is Nicolás Maduro, who claims that he was elected fairly; the other is Juan Guaidó, who is the president of the National Assembly and, thus, also claims the presidency. The two heads of state insult each other, calling each other an usurper that is illegitimate. This dual presidency is an incredible political crisis.

Venezuelans have now become desperate to leave and find some other place. Colombia has become the major alternative with 1.8 million Venezuelans living there. But now also Brazil, Ecuador, Peru, Panama and Chile also have many living there. It is estimated that about 630,000 Venezuelans now live elsewhere in South America, in addition to Colombia. The United States has about 300,000 Venezuelans but it’s not a huge presence (like the Cuban exodus was historically).

Some people say that TPS is just a way to let Latin Americans into the country. What do you think?

Look at the list of countries that have been under the TPS—for example, when the Soviet Union collapsed and 15 new countries came out of it, all of them were given the TPS.

Countries where there has been or there is an ongoing civil war—for example, Syria—will also be protected by TPS. Countries that have experienced the devastation of natural disasters such as hurricanes, earthquakes, floods and mudslides, tornados—Haiti or Honduras or El Salvador—were also protected by TPS.

Eventually countries “graduate” out of the TPS—for example, the 15 states that came out of the collapse of the Soviet Union are no longer protected by the TPS. Venezuelans have just been added. Senator Bob Menéndez, who is Cuban American and a Democrat, was pushing for the Venezuelans to get TPS for quite some time. It was just given to them. Menéndez always underscores that immigration is the civil rights issue of our time.

Do you think this was the right move for the Biden administration?

I support Bob Menéndez and his efforts over time to get TPS for the Venezuelans because they are refugees that cannot possibly return. For them, there is nothing left to return to, they need to make a new life elsewhere. Being undocumented, lacking papers, is a constant obstacle in people’s lives. Without documents people cannot get good jobs, they can’t get a scholarship for their children to attend college, they can’t get a loan from a bank, they can’t buy a house. TPS does away with these obstacles and gives the immigrants the flexibility to become incorporated into this society, to make new lives in this country. I am glad for them.

Will this play a role in the future politics of Florida, and among Venezuelan Americans?

This will be interesting. In the most recent elections, most Venezuelan Americans voted for Donald Trump because he took a hard-line position and issued very strong sanctions towards Maduro in Venezuela. He also told them that he would solve the problem of Venezuela. So a large part of the Venezuelan population that could vote in the last elections voted Republican, along with many of the Cubans, Nicaraguans and Colombians—those immigrants whose lives were impacted by socialism and communism. These émigrés in south Florida are very frightened of people like Nicolás Maduro and the future that both Venezuela and Cuba pose for Latin America—and for this hemisphere.

However, the Venezuelans now have TPS and it was the Democrats who gave it to them—not Trump. He could have done so but he chose not to do so. Thus, with this gesture of generosity and in Trump’s absence it is quite possible that in the next elections, more of the Venezuelans may move towards the Democratic Party. It is a real possibility.

To me, whether they vote Democratic or Republican, most important is that TPS will now allow them to become really incorporated to American society, to make new lives here. Still, I regret that countries like Cuba and Venezuela have lost so many of their capable people who loved their country. It is a tragic loss.