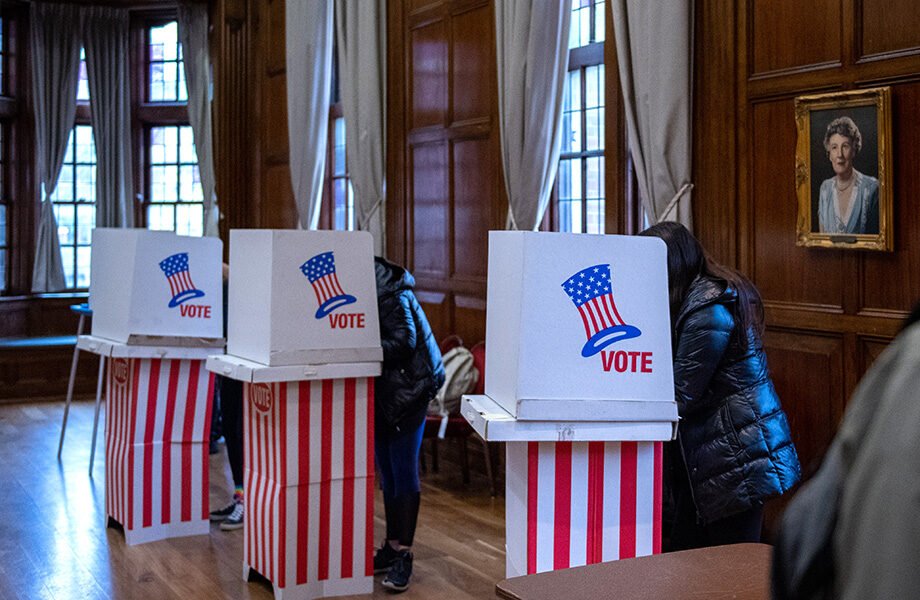 ANN ARBOR—College students across the 14 member institutions of the Big Ten Conference voted in record numbers during the 2018 midterm elections, following a challenge put forth by the presidents of their institutions.

Launched in 2017, the Big Ten Voting Challenge is a nonpartisan initiative created to spur civic engagement and encourage more students across the Big Ten to head to the polls on Election Day.

An estimated 7.5 million students across the country voted in the 2018 midterms, according to data from the National Study of Learning, Voting and Student Engagement at Tufts University.

As a result of the increased voter turnout, the 14 presidents across the Big Ten Conference have agreed to continue the challenge for the 2020 presidential election.

“This is an incredible example of the power of our students to increase student representation at the polls and use their voice to help shape our collective future. Voting in elections gives our students a voice in the democratic process and in the decisions that affect local, state, and national issues,” according to a letter signed by all Big Ten university presidents and chancellors.

Led by the University of Michigan’s Ginsberg Center, the challenge awards two campuses for their student voting efforts: greatest student voter turnout and most improved turnout between elections. The inaugural challenge focused on the 2018 midterm election in comparison to the 2014 midterms.

The University of Minnesota led the conference with the greatest overall turnout of student voters at 59%, up 29 percentage points from nearly 30% in 2014.

“Student leaders in the Minnesota Student Association worked incredibly hard to make sure as many people as possible registered. Peer-to-peer registration efforts were critical to our success.”

Student voting efforts at the University of Minnesota in 2018 included:

“This remarkable outcome can be attributed to the collaborative work of a hard-working and dedicated civic engagement coalition of campus administrators, faculty and students, and the commitment of the university to create a campus culture supportive of civic learning and engagement,” said Elizabeth Matto, associate research professor and director of the Center for Youth Political Participation at Rutgers.

The winners were presented trophies by the Ginsberg Center at the “ALL IN Challenge Awards Ceremony,” today in Washington, D.C., which honors outstanding contributions to improving college democratic engagement.

U-M created the Big Ten Voting Challenge Presidential Internship using the $10,000 pledged by President Mark Schlissel, and offered the first internship in summer 2019 working within Secretary of State Jocelyn Benson’s office in Lansing. An additional internship will be offered in summer 2020.

For the 2020 challenge, the presidents across the Big Ten Conference have again each pledged $10,000 to be used on their respective campuses to promote student public engagement.

After the 2020 election, trophies will go to two universities—the one with the highest eligible voter turnout and the one with the most improved turnout compared to 2016.