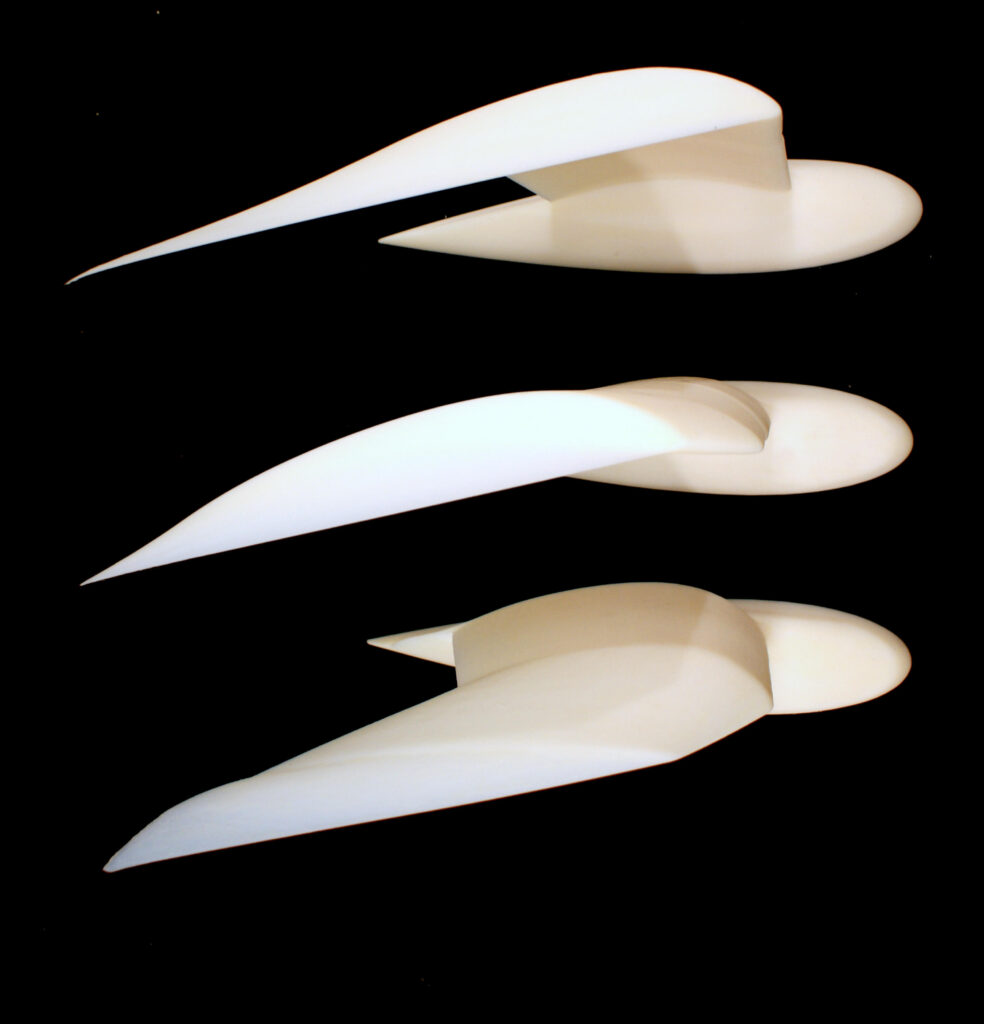 Wings that can vary their shapes as freely as birds’ wings could have advantages for small aircraft in built environments, a new study led by engineers at the University of Michigan suggests.

In a collaboration with the University of British Columbia and Utah State University, the team found that wings that can morph in continuous 3D shapes could help keep drones stable in gusts of wind and perhaps help them land in tighter spaces.

“These are just two uses that we identified, but another part that makes me really excited is that, as in birds, one 3D morphing wing can accomplish a wide variety of tasks. The fact that only two joints allow such a wide range of control is promising for aircraft design,” said Christina Harvey, a Ph.D. student in aerospace engineering at U-M and first author of the paper in The Journal of the Royal Society Interface.

Because birds can outmaneuver even our most advanced similar-sized drones, engineers are interested in the possibilities of bird-like wings. Birds make morphing wings look effortless, bending in a wide range of planes and arcs.

However, making unmanned aerial vehicles, or UAVs, with morphing wings is hard—typically, researchers manage only rough emulations of birds, with a few surfaces on each wing. If engineers are going to undertake the challenge of mimicking that natural variability, they want to be sure there is a payoff.

“The most incredible aspects of this research were realizing how much is not known about avian gliding and learning how much improvement can be made in aircraft, motivated by what we learn from birds. Discovery here goes both ways: We are able to contribute to understanding avian flight as well as to UAV design,” said Dan Inman, the Harm Buning Collegiate Professor of Aerospace Engineering, and senior author of the paper.

The team used computer simulations to look for the advantages of 3D morphing wings. Their studies ran through all the shapes that gulls are known to make with their wings while gliding, through combinations of “elbow” and “wrist” positions. They tested each in gliding flight simulations and identified two maneuvers in which full 3D wing morphing might be handy for UAVs. They confirmed the accuracy of the simulations with wind tunnel tests of 3D-printed models.

One strength of 3D wing morphing is stability during gusts of wind. By changing the shapes of their wings, birds may be able to maintain their orientation and altitude in spite of being slapped with a stiff breeze. This would be useful for UAVs that are small, light and flying much nearer to obstacles than conventional aircraft do—for instance, between buildings on city streets.

“By allowing stability characteristics to be adjusted independently from lift, a 3D morphing wing may be better equipped to adjust in such environments,” Harvey said.

Another potential area of improvement is landing. One combination of elbow and wrist positions created a shape that mimics the aerodynamic effects of conventional flaps on airplane wings during descent. The team suspects morphing the wing with these joint angles could enable birds to descend at steeper angles. If that’s the case, 3D wing-morphing UAVs could take shorter approach paths for landing.

Having shown that just two joints in a wing can help control an aircraft in a variety of maneuvers, the team intends to explore whether they can engineer a wing that can achieve this 3D morphing.

“If so, this may help drive a new design of multi-functional morphing wing drones,” Harvey said.

The research is funded by the U.S. Air Force Office of Scientific Research and the National Science Foundation.