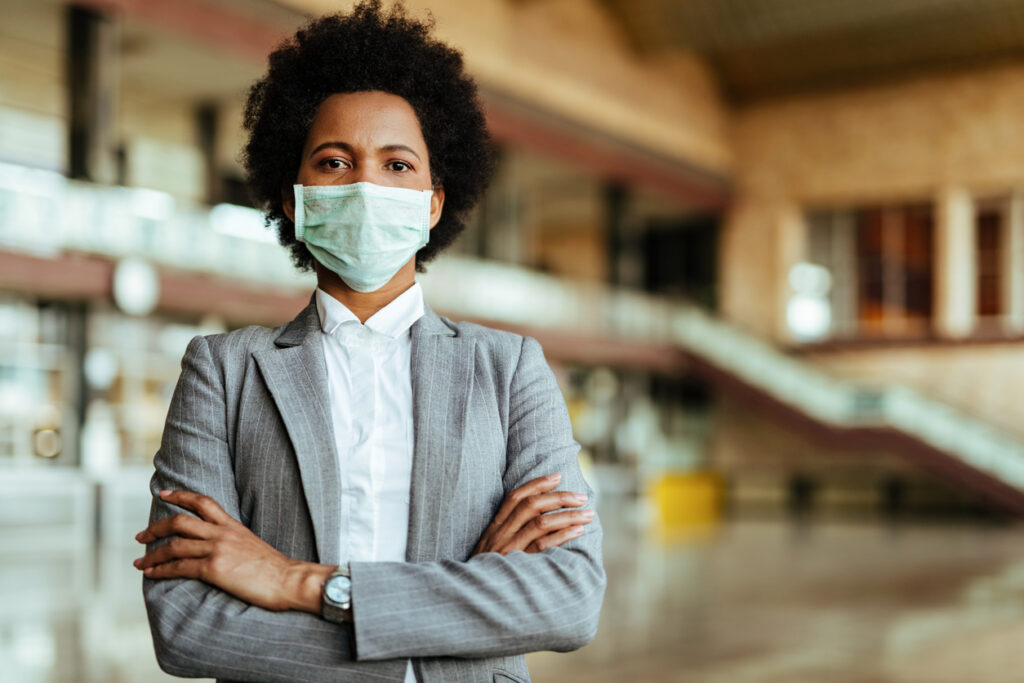 As Congress considers a second coronavirus stimulus package, a University of Michigan study shows that particular consideration should be given to how small business loans are distributed to business owners and entrepreneurs—especially minority entrepreneurs.

In March, the CARES Act was signed into law and provided, among other support for Americans, loans to support small businesses. But in a policy article published in Jackson Hole Economics, a U-M study showed that very few small business owners and entrepreneurs in the United States overall received government aid, and that both Black business owners and entrepreneurs fared worse than their non-Black counterparts.

In May 2020, less than one half of 1% of Black business owners reported receiving government benefits for businesses affected by the coronavirus epidemic compared to about 9% of non-Black business owners, according to the study led by Felix Kabo, an assistant research scientist in the Survey Research Center at the U-M Institute for Social Research. Other collaborators include Stewart Thornhill, executive director of the Zell Lurie Institute for Entrepreneurial Studies at U-M’s Ross School of Business, and Elizabeth Isele, founder and CEO of the Global Institute for Experienced Entrepreneurship.

“One of the things we believe the findings show is policymakers need to pay attention to how they’re structuring things like stimulus programs,” Kabo said. “There are disparities in terms of entrepreneurs who are getting access to these programs. I don’t think that’s something that is at the forefront of many policymakers’ decision-making processes.”

The results were drawn from the Understanding America Study’s Coronavirus Tracker, housed at the University of Southern California. The study surveys a nationally representative group of 6,300 people. It asked business owners whose businesses were affected by the pandemic whether they received government aid between March and May 2020. The U-M researchers further defined entrepreneurs as those who owned a business, were self-employed or who had employed at least one other person.

Kabo suggests that structural barriers faced by Black business owners and entrepreneurs likely played a role in preventing them from accessing the funds. These include an uneven barrier to entry into owning businesses or entrepreneurial pursuits, such as structural discrimination in credit and capital markets, according to previous research.

Black-owned businesses are two-to-three times as likely to be denied credit, even controlling for credit worthiness. Black business owners are also often charged higher interest rates on bank loans compared to other borrowers.

Other research points to economic performance and the ecosystems black business owners are often located in, said Kabo. For example, the decline in black-owned banks has reduced the ability for black entrepreneurs and business owners to circumvent racially discriminatory lending.

Black and minority business owners may also not be as tapped into their local business community, and may have missed messaging about applying for loans associated with the CARES act, Kabo said.

“We did not collect the data that allows us to say why it is that 0.3% of Black entrepreneurs actually received funding compared to roughly 9% of non-Black entrepreneurs, but I’d hope that folks who design these stimulus programs are aware of structural barriers that minority entrepreneurs face,” Kabo said.

“It doesn’t take a lot of effort to design the program such that the people who are the most disadvantaged are at least aware that there is a government program that can help.”