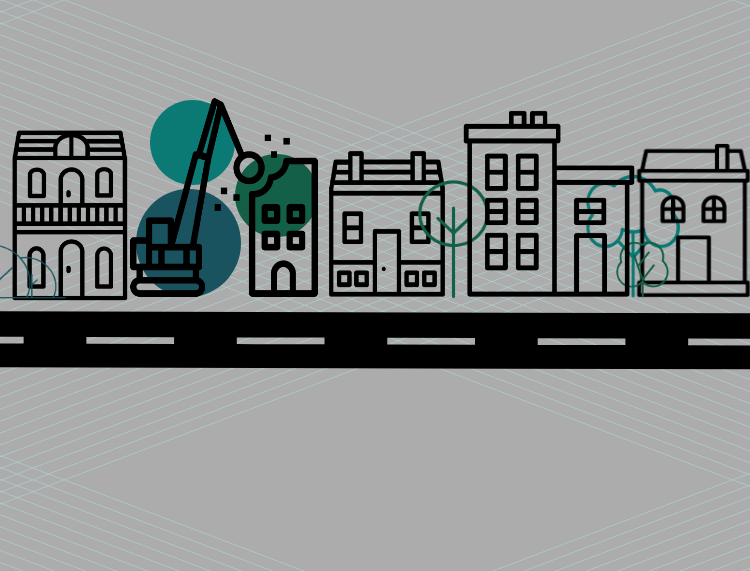 ANN ARBOR—For the past half-decade, Detroit’s government and community groups have worked to tear down abandoned houses and other buildings in the city’s most blight-stricken neighborhoods, in the name of public safety and quality of life.

Now, a new University of Michigan and Harvard University study shows an 11% drop in homicides and serious injuries caused by firearms in the areas where more than a few demolitions took place. The study does not find that such incidents went up in nearby neighborhoods.

The analysis was led by Jonathan Jay, a scholar with the Firearm Safety Among Children and Teens coalition based at U-M. Jay and colleagues combined data from the Detroit Demolition Program with data from law enforcement on serious assaults and homicides committed with firearms in the areas where demolitions occurred.

Zimmerman, who is also the director of the Michigan Youth Violence Prevention Center, said demolitions are part of the process of cleaning up neighborhoods that show people care about the place and are paying attention, which results in people feeling safer and more likely to be outside and interact with their neighbors.

“The process of cleaning up neighborhoods can be infectious for creating optimistic feelings and perceptions about the neighborhood, which is a vital first step in making a street busy with positive social interactions,” he said.

Detroit’s blight-busting program, which has focused on demolishing a large number of structures in a relatively short time and provides open access to demolition data including maps, set the stage for the research.

“Firearm assaults in Detroit were already declining during the time of this study, but they went down faster in areas where six or more buildings were demolished,” Jay said. “This is good evidence, and the first we know of, that demolitions are associated with reduced gun violence.”

However, he said the effect wasn’t spread evenly across the city. Neighborhoods with the highest concentrations of non-Hispanic white residents—in a majority-black city—were most likely to have the rate of demolition associated with the steepest drop in firearm deaths and injuries.

“This says something about access to political power or other resources, and is problematic,” Jay said.

Areas where more than 12 buildings were torn down didn’t see a greater reduction in firearm violence, and Jay and colleagues don’t have a clear explanation why, although the challenges of physical upkeep in these properties could play a part, he said.

The fact that gun violence didn’t appear to shift from neighborhoods where demolitions took place to nearby areas without as many demolitions is encouraging, the researchers said.

“We often hear that place-based prevention programs simply move the crime elsewhere, but this study and others we have done indicate consistently that such declines do not translate into increases elsewhere,” Zimmerman said.

“Place-based change helps reduce opportunities for crime and for negative social interactions, and begins to rebuild neighborhoods to be places where people are not afraid to be outside and talk to one another.”

The team hopes that their research can inform demolition efforts in other cities that are working to clear abandoned buildings.

“Abandoned buildings and vacant overgrown lots are places where violence is more likely to occur and where firearms can be stored,” Jay said. “While demolition removes abandoned buildings, it also creates a vacant lot, so it had not been clear whether demolition would affect neighborhood-level gun violence rates.”

Starting in areas with higher levels of gun violence may pay the largest dividends, he said. But it will also be important to study how demolitions in cities with higher population densities, rather than Detroit’s predominance of single-family homes, correlate with gun violence rates.

“It appears from our analysis that the largest effect might come from dispersing the demolition effort throughout the city, rather than concentrating the effort on removing all abandoned structures in a few areas, given limited resources,” Jay said. “It’s also important to look at alternatives to demolition for houses and other structures that might be salvageable, especially in cities with large homeless populations or housing affordability problems.”

The study appears in the Journal of Behavioral Medicine.