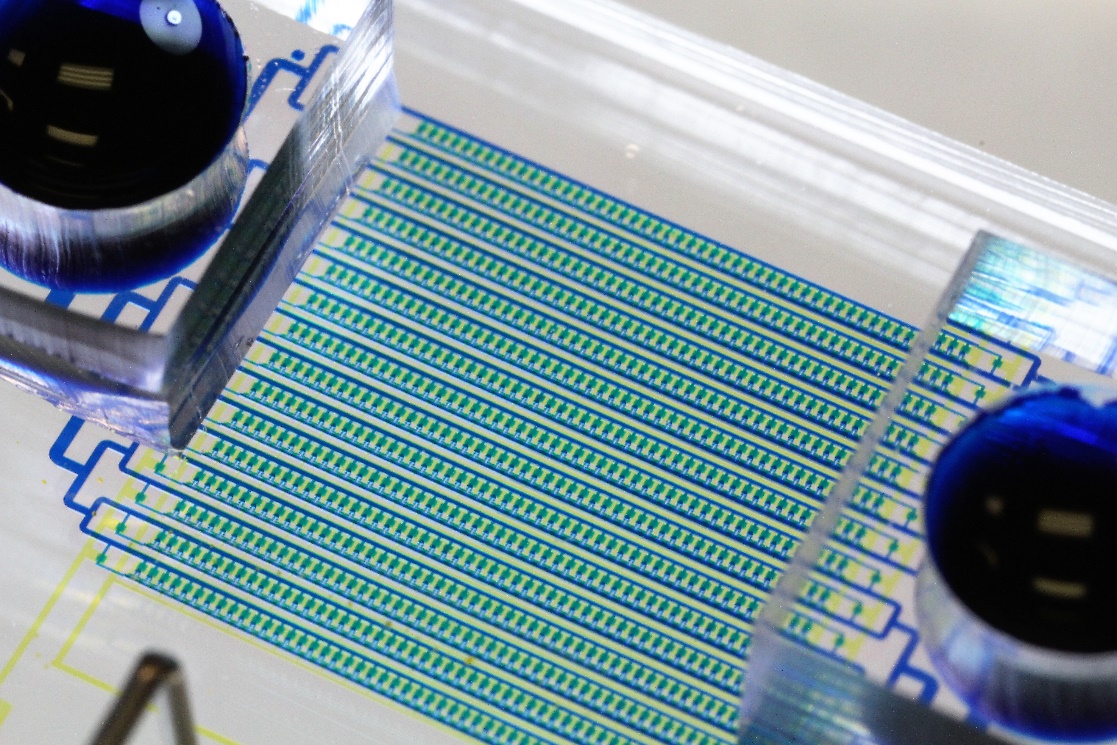 It is a dramatic improvement over current approaches because it also encompasses the variation among cancer cells within a single patient.

“This could be a whole different ball game,” said Max Wicha, the Madeline and Sidney Forbes Professor of Oncology at the University of Michigan and senior physician on the study in Nature Communications.

Our chip allows us to capture pure circulating tumor cells and then extract genetic information without any contamination from red and white blood cells.
Euisik Yoon

“Our chip allows us to capture pure circulating tumor cells and then extract genetic information without any contamination from red and white blood cells,” said Euisik Yoon, U-M professor of electrical engineering and computer science and senior author on the study.

Many modern cancer drugs work by going after cells with certain genes in play—genes that flag their identities as cancer cells. But these genes aren’t uniformly active in a patient’s cancer cell population and can change over the course of treatment.

Repeated biopsies to monitor the tumor are painful and potentially dangerous for the patient. Capturing cancer cells from blood samples offers a noninvasive way to observe whether the cancer is disappearing or whether it is becoming resistant to the treatment.

“It allows you not only to select targeted therapies, but to monitor the effects of these therapies in patients by doing this blood test,” Wicha said.

Using this method, the team collected and analyzed 666 cancer cells from the blood of 21 breast cancer patients.

This population is particularly easy to miss with techniques that capture clean-but-incomplete samples of cancer cells from patient blood by grabbing onto proteins on the cells’ surfaces. Stem-like cells are on a spectrum between two more-typical cell types, which means that they don’t display consistent protein markers. 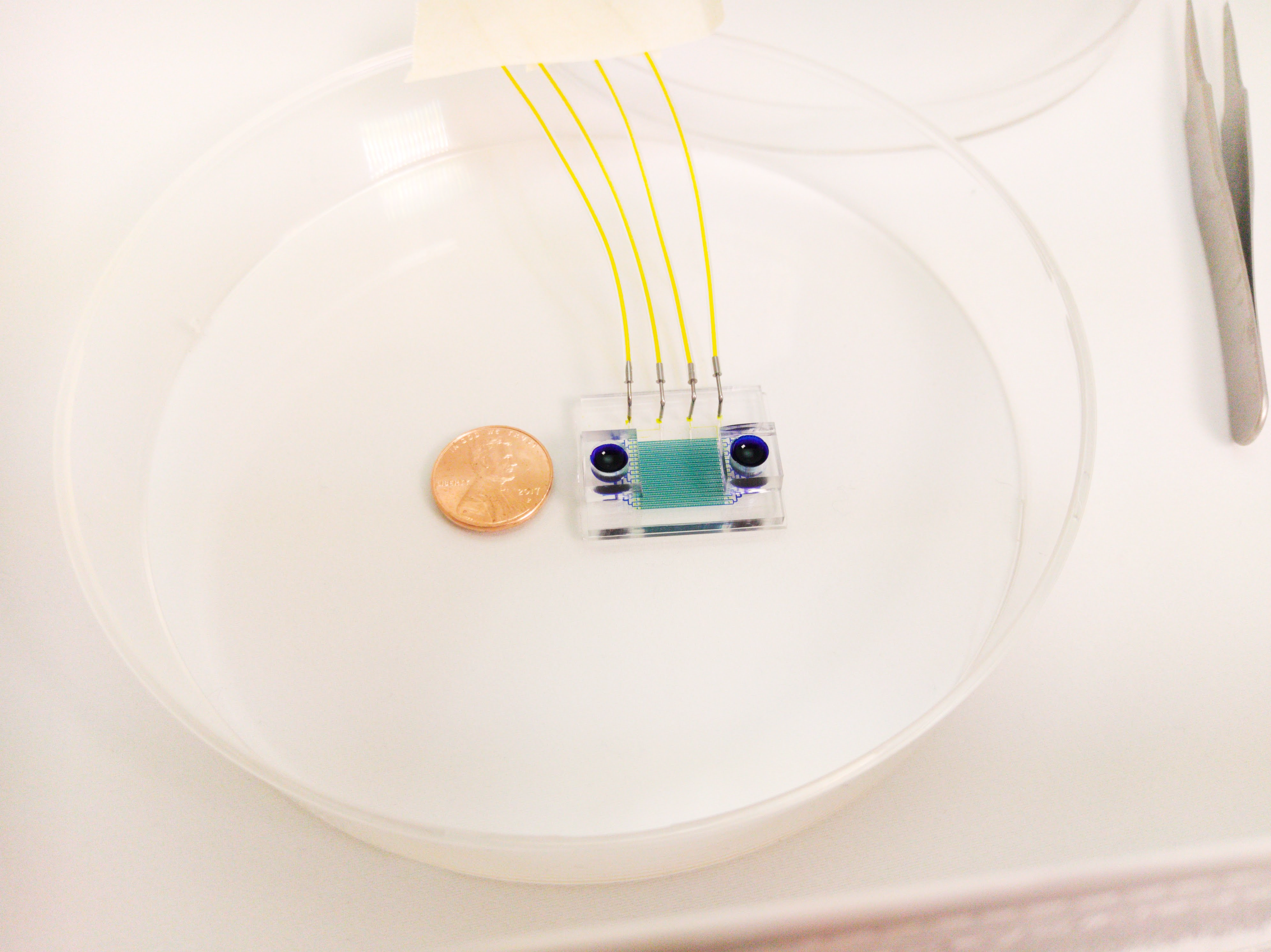 To get a clean and unbiased set of cancer cells from a vial of blood, the team started with a technique that removes blood cells by sorting the blood sample according to cell size. Starting with about one cancer cell in a billion blood cells, this step left only about 95 or so blood cells for every cancer cell. But that’s still far too contaminated for a detailed genetic analysis.

The new method, which the researchers call Hydro-Seq, gets rid of those last blood cells and then analyzes each cell.

The key technology is a chip with a system of channels and chambers. It traps cancer cells one at a time by drawing fluid through a drain in each chamber, which gets plugged when a cancer cell arrives. Once the chamber is plugged, cells in the channel pass it by and get sucked into the next chamber. Then, to “wash” the blood cells off the chip, they ran clean fluid backward through the chip and drew it out again, taking nearly all the rest of the contaminating cells along.

With a clean sample of isolated cancer cells, the team did the genetic profiles. They went after the cells’ “transcriptomes”—basically, snapshots of what DNA was being read and used by each cell. This revealed the cells’ active genes.

They captured the transcriptomes with barcoded beads, a method that until now was difficult to use with small cell samples. The team dropped a barcoded bead into each chamber and then closed the chambers before destroying the cell membranes. This released the RNA—the little bits of genetic code recently read from the cell’s DNA—so that the RNA attached to barcoded genetic code on the bead. The team could then analyze the contents of each cell separately.

“Before, we could measure two or three genes at a time with staining methods, but now we get a comprehensive picture of circulating tumor cells by measuring thousands of genes in each cell at once,” said Yu-Chih Chen, U-M assistant research scientist in electrical engineering and computer science and co-first author on the study. 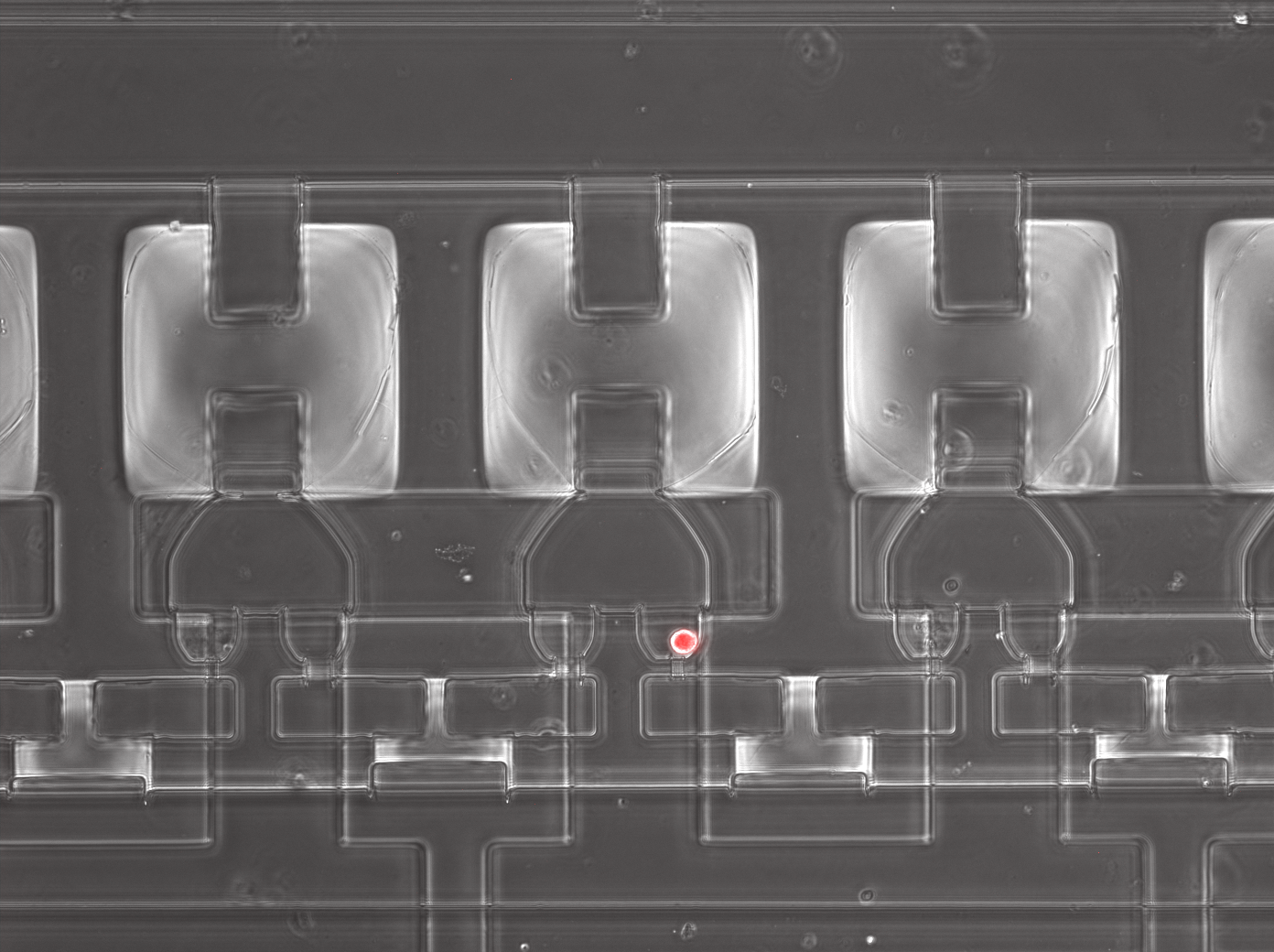 A cancer cell, in red, is captured from a blood sample by Hydro-Seq and the blood cells have been washed away. Credit: Yoon Lab, Michigan Engineering.

Cancer treatment can be a moving target, with cancers changing their gene expression as drugs kill off some cells but not others. Monika Burness, U-M assistant professor of internal medicine at and co-author on the study, expects to be using the new device to track the progress of patients in an upcoming drug trial.

“It’s a very powerful tool to monitor—at the cellular level—what a treatment does to tumors over time,” said Burness, who studies new drug therapies for cancer patients.

The study is published open-access in Nature Communications.

This work was funded by the National Institutes of Health, Breast Cancer Research Foundation, Forbes Institute for Cancer Discovery and U-M Coulter Translational Research Partnership Program. The devices were made at the U-M Lurie Nanofabrication Facility.