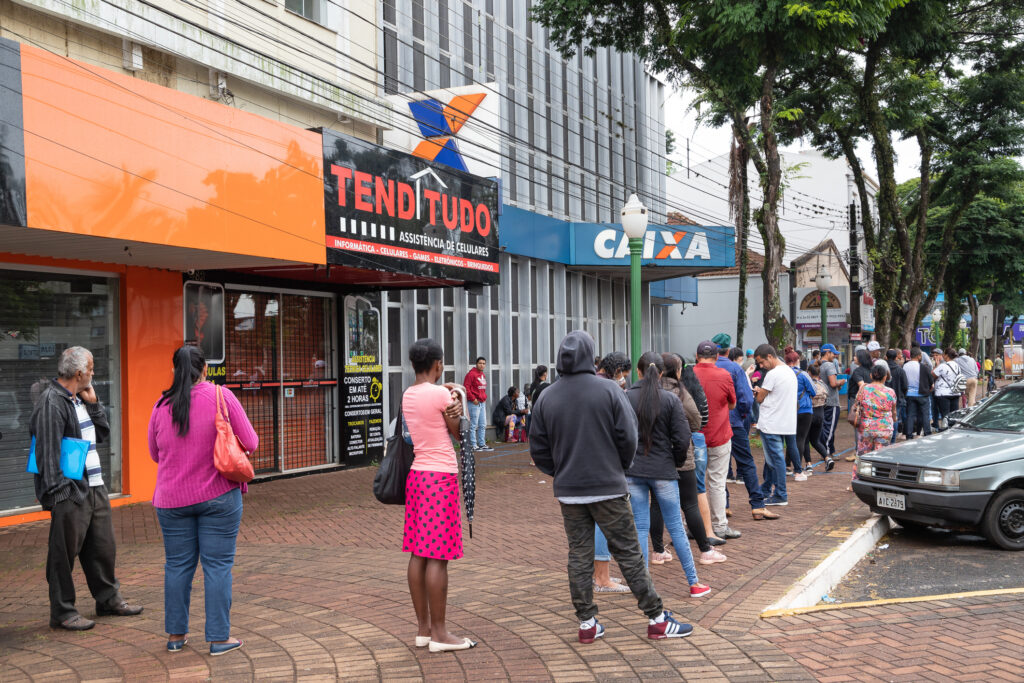 Luciana de Souza Leão, an assistant professor of sociology at the University of Michigan, studies the politics of cash transfers and inequality from a comparative perspective.

Her research has three main areas: 1) the critical role that policy knowledge plays in shaping how states design, implement and evaluate social policies; 2) the enduring effects that state institutions have on the reproduction of inequalities; and 3) racial inequality as both an ideological construction and a realm of action.

What does your research show about the current disputes about the end of the Bolsa Familía Program and the new Auxílio Brasil?

My research shows that, historically, when governments use anti-poverty programs to get short-term electoral goals, as is done in Brazil right now, they are gambling with poor people’s lives.

Giving money to poor families, as Bolsa Familía does, is always controversial. In my work, I show how cash transfer programs are affected by the specific legitimation challenges policymakers face. The more politically contentious the implementation context is, I find that policymakers adopt stricter measures that exclude extremely low-income families from the programs.

When the Bolsa Família Program was implemented, it faced the challenge of being a program that was purposefully designed to be popular and inclusive but could be easily labeled populist. To legitimize it in Brazilian society, federal bureaucrats adopted multiple strategies, often tying their own hands, to reduce the political pressures around the program. As a result, they included extremely poor families into the Bolsa Família Program, with measurable gains for poverty reduction. Unfortunately, from the start, this new program being launched by the Bolsonaro administration, Auxílio Brasil, has been surrounded by uncertainties, and its fate has been entangled in political disputes that have nothing to do with poverty.

What should governments take into consideration when implementing cash transfers programs?

When it comes to poverty-alleviation policies, the devil hides in the implementation details. Sometimes in the public debate, we focus too much on policy design issues, ignoring how different policy options actually will be implemented in practice and how beneficiaries will experience these other options. In the case of this new program Auxílio Brasil, the government has not explained how it will implement the new benefits or who will be responsible for their implementation, evaluation and monitoring. Launching a new program like this is destined to be a failure. Poor families will be the most affected since they will have to navigate a system that not even policymakers seem to understand, besides dealing with the uncertainties about the program’s future.

In your research, you mention the quote, “Give a man a fish vs. teach a man to fish.” Can you explain?

Anyone that works in global poverty and development has heard the slogan, “Give a man a fish, and you feed him for one day. Teach a man to fish, and you feed him for a lifetime.” It’s a problematic cliché, but part of the legitimation of the Bolsa Família was to follow this mantra: give cash and combat poverty in the short term while giving incentives for beneficiaries to send kids to school and health clinics, thus breaking the transmission of poverty in the long term. Note, however, that Bolsa Família was not worried whether this fisherman was fishing well or not. The new program, Auxílio Brasil, on the other hand, suggests that we should give a man more fish if he does fish well. It does so by creating variable benefits that are connected to the academic and sports performance of beneficiaries. In my opinion, conditioning receiving more money to individual outcomes is a mistake. It ignores structural factors that affect the chances of doing well in a school test or in sports.

Are there any lessons from Bolsa Família to other cash transfers programs and U.S. welfare programs?

Compared to other cash transfer programs around the world, the Bolsa Família was known for being incredibly inclusive and reaching for the first time populations invisible to the state in creative ways.

In the U.S., in March, Congress passed the Expanded Child Tax Credit, which distributes an allowance to families similar to that the Bolsa Família does. Yet, since the primary way to receive these transfers is by filing taxes, many of the most vulnerable families that do not do so are invisible to the federal government.

In Brazil, we learned that local-level outreach was crucial to include the most vulnerable families. The federal government invested in local-level capacity building and financially rewarded local agencies that updated their beneficiaries’ information. Providing free bank accounts for recipients and assisting them with financial education was also crucial in Brazil. We should be discussing how truly inclusive finance will look like in the U.S. and which groups will face more constraints with the current child tax credit design.

Any lessons from the Mexican program Progresa-Oportunidades?

The main lesson for Brazil from the Mexican experience ending Progresa-Oportunidades (later also called Prospera) is the need to be very clear about the goals of a cash-transfer program. I see cash transfers as a redistribution policy that can impact poverty by “simply giving cash to families,” which should serve as a first step to construct a more comprehensive safety net for poor families. However, once you start adding too many other goals to cash transfer programs as Mexico did, we fall into a trap that we expect a cash transfer to solve larger structural problems that are impossible to tackle with these programs. And when it doesn’t, it is easy to eliminate it.

The Auxílio Brasil follows the same perverse logic. By incentivizing families to look for formal jobs and donate their rural production surplus, for example, it is unclear if the goal is to provide poor families with a minimal income or fix more significant problems with the Brazilian job market and problematic agro-business model. As such, we face the risk of not doing even the essential well and also following a meritocracy logic that can have perverse effects on policy-alleviation efforts. Since Auxílio Brasil will not solve all these problems, it will be easy to disqualify it “as not working” and eliminate it when convenient for political purposes.