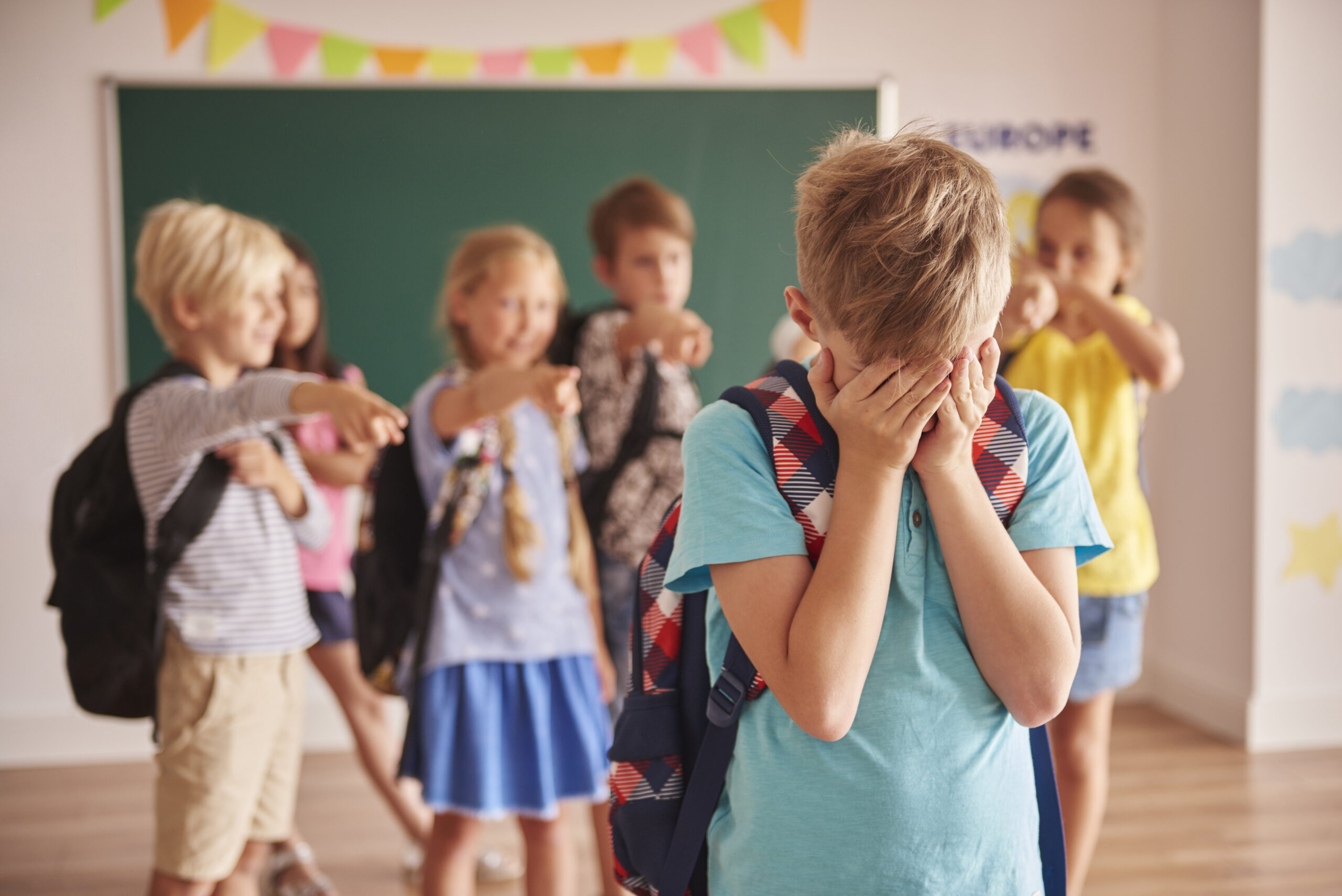 As elementary students anxiously return to school, they will become reacquainted with teachers, manage their class schedules and try not to forget their locker combination.

But in-person interactions in school also mean some kids will be bullied—and whether they are defended or not is based on their social status, according to a new University of Michigan study.

Victims who have a positive relationship with their classmates are more likely to be defended.

“Our findings confirm that students do not defend random classmates; instead, defending choices (or motivations) likely depend on positive (liking or a friendship) and negative (disliking) relationships with the victim as well as with other classmates within the peer network,” said Ashwin Rambaran, the study’s lead author and a research fellow in the U-M Department of Psychology.

The findings shed light on the nature of defending ties in terms of reciprocity between defending and (dis)liking, researchers said.

Rambaran and colleagues at the University of Groningen in the Netherlands, note that defending victims is relatively uncommon. Potential defenders might not intervene because they fear becoming the next victim, Rambaran said.

“Thus, children are likely to be selective in choosing the victims they defend and may defend classmates they are close to either through direct or indirect relationships,” he said.

The study involved 1,272 students from 48 fifth-grade classrooms in the Netherlands. They completed a questionnaire in class and watched an instructional movie to learn what bullying means, such as hitting someone; stealing or damaging someone’s belongings; making fun of someone, calling names or saying mean things; and gossiping about someone.

Students disclosed their interactions with classmates, such as liking, disliking and defending, as well as indicated if they were victimized in the past months in person and via cyberbullying.

The study showed that victims disliked classmates who could potentially defend them, thus lowering their chances to be defended from bullies. From the perspective of the victims, that might seem counterintuitive to dislike potential defenders because, as Rambaran notes, victims need all the help they can get.

“One explanation is that they already have a friend who defends them, and they have the luxury to dislike other potential defenders because they don’t need them,” he said.

So what can parents and teachers do to stop bullying and mitigate its negative consequences? Previous studies indicate that many children do not disclose their victimization or involvement in bullying to anyone. But these victims may show this in other ways, such as being emotionally or physically withdrawn from others, or getting poor grades, Rambaran said.

“Parents and teachers need to be aware of these situations, and most of all, talk to their kids about these issues,” he said. “Talking to kids about what it means to be a victim, that bullying is mean and not nice for others, and what kids themselves can do when they see someone gets bullied in school is essential to create a more positive classroom climate—a safe school for all children.”

If bullying does occur, a support group could help solve the problem. Or, perhaps a small group that involves the bully and their assistants, defenders or friends of the victim, and prosocial classmates (potential defenders) can be planned.

“The goal is to create mutual concern and raise awareness for the well-being of the victim and to spark the bullies’ willingness to change their bullying behavior,” Rambaran said.

The study’s co-authors at the University of Groningen were researchers Marijtje A. J. van Duijn, Jan Kornelis Dijkstra and Rene Veenstra. The work received funding from the Netherlands Scientific Organization.

The findings appear in the International Journal of Behavioral Development.