Can emoji use be the key in detecting remote-work burnout? 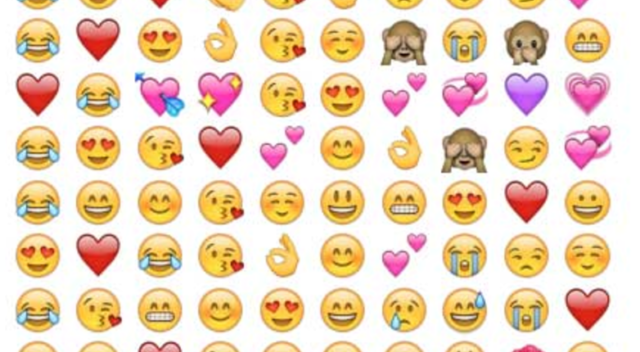 Taking the emotional temperature of your co-workers is easier when you spend your days in an office. Bursts of laughter, uncomfortable body language and flashes of anger are easy to see when you sit across the table from your co-worker.

But as remote work is taking off, tracking the emotions of remote workers can be a challenge. Video calls can only go so far.

“We read lots of anecdotal reports about mental stress during the pandemic,” said Qiaozhu Mei, professor of information.

Without face-to-face interactions, it’s difficult to tell how your co-worker is doing, he said.

Mei and colleagues at the University of Michigan School of Information developed a strategy to not only monitor the emotional health of workers, but even predict work behaviors. In a new study in PLOS ONE, the team tracked emoji use as a marker of emotions, and tracked how the use of emoji in work communications can predict remote worker dropouts.

“We saw a report from GitHub about the status of developers at the early stage of the COVID-19 pandemic,” said study lead author Xuan Lu, research fellow at UMSI.

Developers were showing signals of burnout at the start of the pandemic. The report spurred the team to look at how to better track the state of mind of remote workers, she said.

Face-to-face emotional clues can be limited with remote work or easily masked during brief video calls. To counter this, the team turned to nonverbal cues in online communication to interpret emotional health.

Because Lu and her colleagues have studied emoji use for some time, they wondered if emoji could be used as sensors of the emotional status of developers.

The team turned to GitHub for their remote-worker communications data, using the immense catalog of communication data on software collaborations. Using millions of GitHub posts (from before the pandemic, to avoid any added stressors of a global health crisis), the team employed machine learning to track the use of emoji in work-related online conversations. They trained their model to predict potential dropout of remote developers based on their emoji use.

The fraction of GitHub posts that contained emoji, as well as the type of emoji, were tracked in the machine learning program. They found that on average, more than 5% of GitHub posts contain emoji. They also found that certain emoji were used more than others—and they differed from typical emoji used in social, nonwork communication.

“People use emoji for different reasons,” said Mei, adding that a smiling face has more positive weight than a simple check mark.

They found that workers who regularly use emoji to express emotion—positive or negative—in their work may have better emotional health and are naturally less likely to drop off the platform one year later. The researchers also found another interesting correlation between emoji and work.

“Those who don’t use emoji are three times more likely to drop out of remote work,” Mei said.

The team found that by using their machine learning model, they could predict dropouts with 75% accuracy.

“You can make fairly accurate predictions of whether people will drop out just based on how they use these pictographs,” Mei said. “You don’t even need to look at their work productivity or the actual words they say—just look at how they use emoji.”

Mei notes this work can be helpful for all organizations that support remote workers.

“If you can track the emotions of your employees or your co-workers by how they use emoji, then you can identify early signals that they may be experiencing mental problems like burnout,” he said.