Can you feel my pain? Middle-aged women sure can 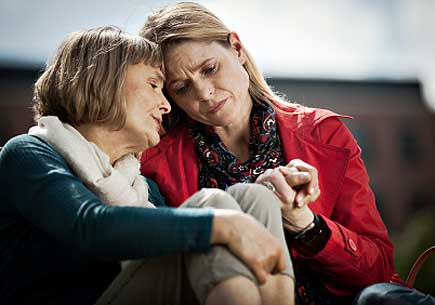 ANN ARBOR—Looking for someone to feel your pain? Talk to a woman in her 50s.

According to a new study of more than 75,000 adults, women in that age group are more empathic than men of the same age and than younger or older people.

“Overall, late middle-aged adults were higher in both of the aspects of empathy that we measured,” said Sara Konrath, assistant research professor at the University of Michigan Institute for Social Research and co-author of an article on age and empathy forthcoming in the Journals of Gerontology: Psychological and Social Sciences.

Konrath and colleagues Ed O’Brien and Linda Hagen of U-M and Daniel Grühn of North Carolina State University analyzed data on empathy from three separate large samples of American adults, two of which were taken from the nationally representative General Social Survey.

But more research is needed in order to understand whether this pattern is really the result of an individual’s age, or whether it is a generational effect reflecting the socialization of adults who are now in late middle age.

“Americans born in the 1950s and ’60s—the middle-aged people in our samples – were raised during historic social movements, from civil rights to various antiwar countercultures,” the authors explain. “It may be that today’s middle-aged adults report higher empathy than other cohorts because they grew up during periods of important societal changes that emphasized the feelings and perspectives of other groups.”

Earlier research by O’Brien, Konrath and colleagues found declines in empathy and higher levels of narcissism among young people today as compared to earlier generations of young adults.

O’Brien and Konrath plan to conduct additional research on empathy, to explore whether people can be trained to show more empathy using new electronic media, for example.

“Given the fundamental role of empathy in everyday social life and its relationship to many important social activities such as volunteering and donating to charities, it’s important to learn as much as we can about what factors increase and decrease empathic responding,” Konrath said.

The research was supported by a National Science Foundation Graduate Research Fellowship to O’Brien, and an American Association of University Women Fellowship and grant from Wake Forest University’s Character Project to Konrath.