From “The Wonder Years,” “Sex and the City” and “Frazier” to “Home Alone,” “Scarface” and “Dirty Dancing,” news has been swirling with announcements and new details related to reboots of popular television shows and movies. 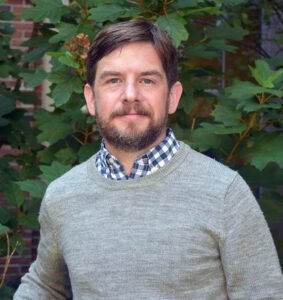 According to Daniel Herbert, associate professor of film, television, and media at the University of Michigan’s College of Literature, Science, and the Arts, Hollywood’s somewhat recent obsession with reboots is as much about the money they generate as it is with the audience’s obsession with nostalgia.

Herbert recently co-edited the book “Film Reboots,” a collection of essays that brings together the latest developments in the study of serial formatting practices—which also includes remakes, sequels and series. Examining notable examples such as “Batman,” “Ghostbusters,” “Star Trek” and “Teenage Mutant Ninja Turtles,” among others, the collection contends with some of the most important features of contemporary film and media culture today.

In addition to recent news about upcoming reboots and releases, Herbert is available to speak about these and other related topics as the 93rd Academy Awards ceremony approaches.

How would you define a reboot?

It is a new way of thinking about how Hollywood repackages and recycles material. At the turn of the millennium, we used the term “remake,” but it wasn’t met with a lot of positivity. Rebooting is a lot like remaking a film, but better. We are thirsty to see new versions of stories we think we know, and sometimes that can be because of changing technology or because of new actors playing James Bond or Batman. We as a culture are ambivalent about how we feel about seeing old ideas over and over again. The reboot is a careful negotiation between media makers and audiences that, yes, we’ll be seeing the same ideas, but we all agree that it will be new enough to be good.

It seems as if we hear about a new reboot every other week. Why has it become an increasingly popular phenomenon?

There are a lot of reasons for this. There is obviously the nostalgia of the experience of watching a character you know or seeing what has happened to them since you last left them. But there are also very relevant reasons to reboot something from the past. For example, “Gossip Girl” was perfect for the moment it aired, but it has to be reimagined now because the technological landscape in which the show existed has come to pass. We’ve also undergone tremendous and rapid changes around the issues of identity and representation that is sparking a lot of reboots. One of the essays in the book talks about the casting of females and people of color in lead roles as Disney’s performance of social justice, even if we can say that it is flawed or problematic. Another talks about “Creed,” which picks up the “Rocky” franchise with a Black protagonist. Rebooting is a way to rectify the past, where characters weren’t treated with the nuance and sensitivity that audiences demand now.

While reboots are a way to address cultural and social change over time, are there any downsides to bringing old ideas back in new ways again and again?

Part of the problem with reboots is—as audiences, we have to accept the fact that we want familiarity. We like to think that we want original stuff more than we really do. On the other hand, reboots are generally monetarily successful. There’s a real economic incentive to make us want these familiar things. Disney, Warner Brothers and others, they’re really in the intellectual property warehouse business. They make movies, television, etc., because they have a bunch of IP and they’re looking to turn it into money. Essentially they’re taking assets they already have and commercializing them over and over again. However, Hollywood and the recycling of existing IP is actually a creatively conservative endeavor.

Any thoughts on the Academy Awards nominees as we head into this weekend?

The Oscar nominations this year are wonderfully original, generally. What’s happening right now is interesting though. Warner just released “Mortal Kombat” and “Godzilla vs. Kong,” and they both recycle/reboot old material. This is only notable because studios are releasing so few new movies, and two of the very few “new” movies are actually old.

Do you have any favorite reboots? Why?

The 2009 “Star Trek” reboot with Chris Pine—I thought that was amazing. They managed to create a sense of fun and excitement in that film that wasn’t there before. I think the Batman films by Christopher Nolan are pretty fantastic. “Batman Begins” and “The Dark Knight”—they are solid movies whether or not they have a super hero in them. Another really interesting one is the “Fargo” TV series. That one is unbelievably great because each season is totally distinct; it has its own vibe and plot, but it makes me as a viewer believe that it’s in the same world as the original. The plots never have anything to do with the original film, it just builds off of it. Those kinds of reboots are the best because they’re unexpected, yet familiar.