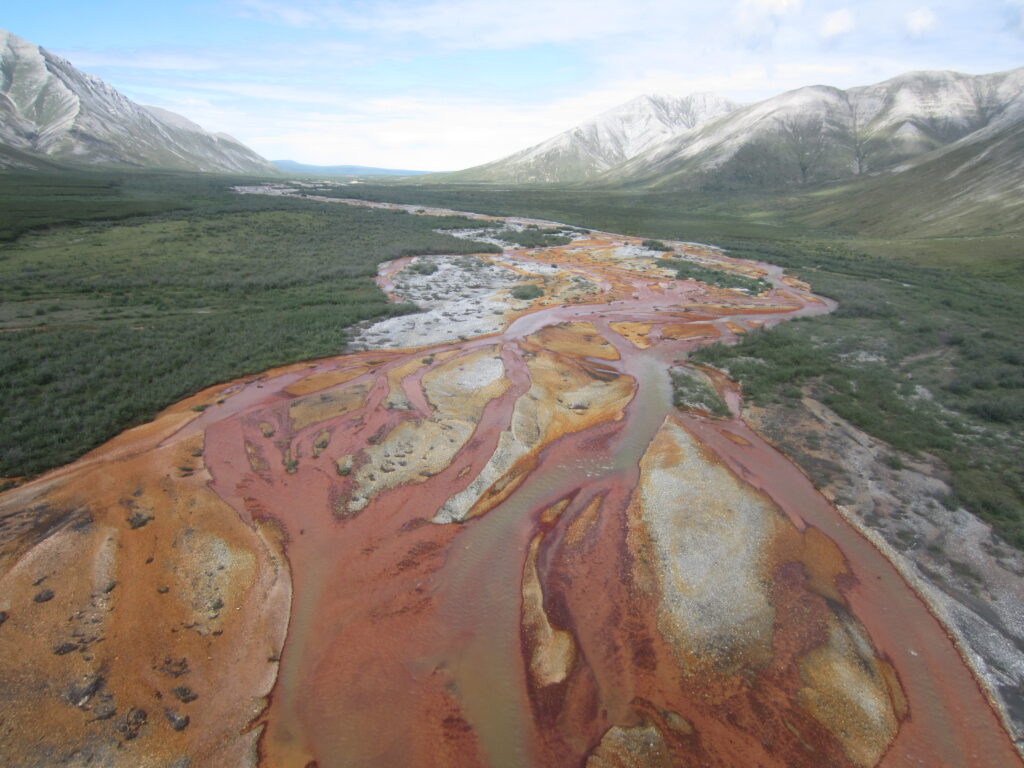 Picture 500 billion cars stacked in rows. That’s how much carbon—about 1,000 petagrams, or one trillion metric tons—is locked away in Arctic permafrost.

Currently, scientists estimate that 5-15% of the carbon stored in surface permafrost soils could be emitted as the greenhouse gas carbon dioxide by 2100, given the current trajectory of global warming. This emission, spurred by microbial action, could lead to 0.3 to 0.4 degrees Celsius of additional global warming. 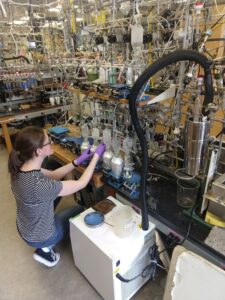 But this estimation is missing a crucial path that carbon dioxide may be entering the atmosphere: sunlight.

According to a University of Michigan study, organic carbon in thawing permafrost soils flushed into lakes and rivers can be converted to carbon dioxide by sunlight, a process known as photomineralization.

The research, led by aquatic geochemist Rose Cory, has found that organic carbon from thawing permafrost is highly susceptible to photomineralization by ultraviolet and visible light, and could contribute an additional 14% of carbon dioxide into the atmosphere. Her team’s study is published in the journal Geophysical Research Letters.

“Only recently have global climate models included greenhouse gases from thawing permafrost soils. But none of them contain this feedback pathway,” said Cory, an associate professor of earth and environmental sciences.

“To get a number on how much carbon could be released from permafrost soils through oxidation, we have to understand what are the processes and what is the timescale: maybe this carbon is just so resistant to oxidation that, even if thawed out, it would just flow into the Arctic ocean and be buried in another freezer.”

This pathway has been debated because measuring how sunlight degrades soil carbon is difficult. Each wavelength of light has a different effect on soil organic carbon, as does the level of iron in the soil. To precisely measure how carbon dioxide is emitted when organic carbon is exposed to sunlight, Cory’s co-corresponding author Collin Ward, a scientist at Woods Hole Oceanographic Institution and U-M alum, developed a method to measure each wavelength’s effect on soil organic carbon. To do this, he built a new instrument that uses LED lights to mimic different wavelengths of the sun. 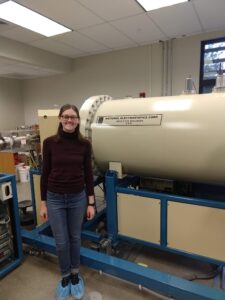 “This new LED-based method makes it far easier and cheaper to figure out how light-driven reactions vary for different wavelengths of the sun,” Ward said. “After I built the instrument I immediately called Rose and told her that I wanted to first use it on permafrost samples.”

The researchers placed organic carbon leached from soil samples from six Arctic locations in the instrument, and then subjected the samples to the LED light. After the light exposure, they extracted the carbon dioxide cryogenically and used a mass spectrometer to measure the age and amount of carbon dioxide given off by the soil carbon.

They found that not only did the wavelength of sunlight impact the amount of carbon dioxide released, the amount of iron in the sample did as well. Iron acted as a catalyst, increasing the reactivity of the soil.

“What we have long suspected is that iron catalyzes this sunlight-driven process, and that’s exactly what our results show,” Cory said. “As the total amount of iron increases, the amount of carbon dioxide increases.”

Cory’s team also used carbon dating to age the soil organic carbon and the carbon dioxide emitted from it to demonstrate this oxidation was happening to ancient permafrost, not just soil that thaws annually. This is important because soil that thaws annually would release a much smaller amount of carbon dioxide than what’s available in permafrost.

The researchers found that it was between 4,000 and 6,300 years old, and by demonstrating how old the soil is, they show that permafrost carbon is susceptible, or labile, to oxidation to carbon dioxide. 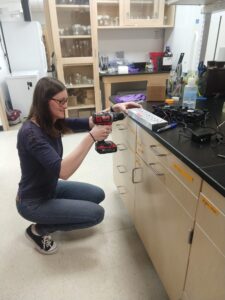 “Not only do we have the first wavelength specific measurement of this sunlight-driven reaction but we have verification that it’s old carbon that is oxidized to carbon dioxide,” Cory said. “We can put to rest any doubt that sunlight will oxidize old carbon and we show what is controlling this process—it’s the iron that catalyzes the sunlight oxidation of ancient (or old) carbon.”

Including the U-M team’s finding into climate change models means that—conservatively—there could be a release of 6% of the 1 trillion metric tons of carbon currently stored in Arctic permafrost. If 6% doesn’t sound like much, consider that’s the carbon equivalent of approximately 30 billion cars evaporating into the atmosphere.