ANN ARBOR—The coronavirus pandemic has highlighted just how reliant the United States and other countries are on Chinese manufacturing, with widespread shortages of protective medical gear produced there.

But U.S. dependence on China extends far beyond surgical masks and N95 respirators. China is the largest producer of many industrial and consumer products shipped worldwide, and about one-quarter of the country’s gross domestic product comes from exports.

It is also the world’s largest emitter of climate-altering carbon dioxide gas, generated by the burning of fossil fuels. A new study details the links between China’s exports and its emissions by mapping the in-country sources of carbon dioxide emissions tied to products consumed overseas.

University of Michigan researchers and their Chinese collaborators tracked these emissions to a small number of coastal manufacturing hubs and showed that about 1% of the country’s land area is responsible for 75% of the export-linked CO2 emissions. 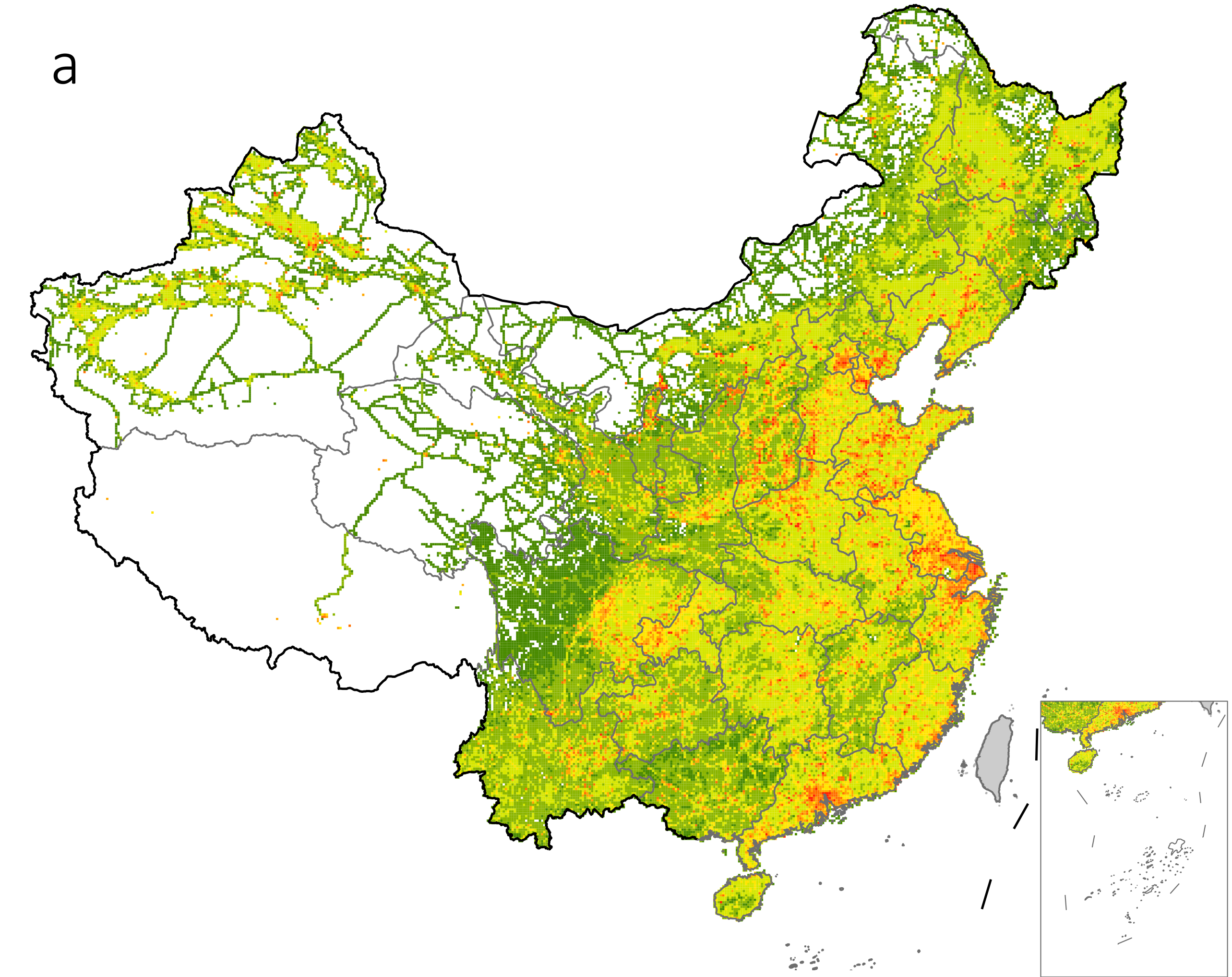 Map shows sources of Chinese carbon dioxide emissions tied to products consumed overseas in 2012. Orange and red locations are hotspots for Chinese emissions that are tied to exports. A new University of Michigan-led study tracked Chinese emissions to a small number of coastal manufacturing hubs and showed that about 1% of the country’s land area is responsible for 75% of the export-linked CO2 emissions. Image credit: From Yang et al., Nature Communications 2020

The study, scheduled for publication May 7 in Nature Communications, provides the most detailed mapping of China’s export-driven CO2 emissions to date, according to corresponding author Shen Qu of the U-M School for Environment and Sustainability. The findings, which are based on 2012 emissions data, offer insights that can guide policymakers, he said.

“The carbon footprint hotspots identified in this study are the key places to focus on collaborative mitigation efforts between China and the downstream parties that drive those emissions,” he said.

The modeling study uses data from large-scale emissions inventories derived from 2012 surveys of individual firms in all Chinese industries that generate carbon dioxide emissions. Emissions levels have likely changed in response to recent U.S.-China trade disputes and the COVID-19 pandemic, which has significantly impacted Chinese manufacturing and exports.

Chinese CO2 emissions driven by foreign consumption totaled 1,466 megatons in 2012, accounting for 14.6% of the country’s industrial-related carbon dioxide emissions that year. If the Chinese manufacturing hubs identified in the U-M study constituted a separate country, their CO2 emissions in 2012 would have ranked fifth in the world behind China, the United States, India and Russia, according to the authors.

In the study, U-M researchers and their collaborators used carbon footprint accounting—i.e., consumption-based accounting—to track greenhouse gas emissions driven by global supply chains. They mapped those emissions at a spatial resolution of 10 kilometers by 10 kilometers, a level of detail that enabled them to identify specific source cities.

“Previous studies have linked greenhouse gas emissions to final consumption of products, but primarily at national or regional levels,” said study co-author Ming Xu of the U-M School for Environment and Sustainability and the Department of Civil and Environmental Engineering.

“Given the increasing importance of non-state actors—provinces, states, cities and companies—in climate mitigation, it becomes increasingly important to be able to explicitly link the final consumers of products to the subnational actors that have direct control over greenhouse gas emissions.”

The research was partially supported by the Lieberthal-Rogel Center for Chinese Studies at U-M.