ANN ARBOR—Well before COVID-19 forced faculty to figure out how to teach their courses online, a multidisciplinary project to develop online case studies for sustainability was being developed across the University of Michigan.

From how Traverse City, Michigan, cherry farmers are adapting to the ever-changing climate that is hurting their industry, to how Indonesians are balancing deforestation with the demands of a lucrative palm oil industry, students across the university are stepping into the role of decision-maker to learn environmental science and sustainability in a new way.

They, along with faculty and external professional and alumni partners, are building thorough, thoughtful case studies, presented online with historical and contemporary narratives, enhanced with multimedia such as audio features, maps, photos and videos. 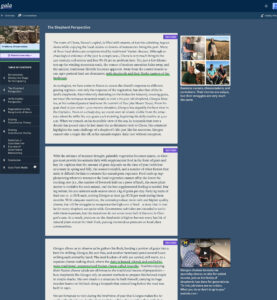 The Third Century Initiative-funded effort that encourages those who teach about the environment to develop their own online cases is led by Rebecca Hardin, associate professor at the School for Environment and Sustainability and director of the Michigan Sustainability Cases initiative.

The $25 million, five-year Third Century Initiative was established in advance of U-M’s 2017 bicentennial to develop innovative, multidisciplinary teaching and scholarship approaches that would take the university into its next century. The initiative awarded grants in various increments, including more than a million dollars over four years for MSC, which prompted the team to build not only the modules, or cases, but also the open access software platform for use by learners on campus and beyond.

The cases allow students to work with professors and practitioners to explore topics in great depth, bringing together material from traditional sources like textbooks and research articles, as well as local and global first-person sources.

“These are told as a real story, emboldened with good scenes, each one focused on a topic or question,” said Edward Waisanen, multimedia projects manager for Michigan Sustainability Cases, who is one of the website-based tool creators.

The issues can be global or local, like the Ann Arbor Dioxane Plume pollution case, which Meg Czerwinski, a doctoral candidate at the U-M School of Nursing, used as an intervention with students in her dissertation research on sustainability education in medical fields. 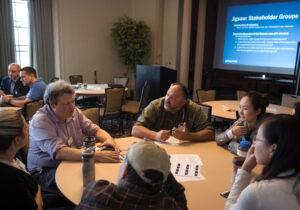 The Galaxy 2018 conference in Ann Arbor featured a stakeholder charrette that brought together local political leaders, MDEQ scientists (now EGLE), activists, Ann Arbor property owners, and other community members to brainstorm designs for a tool to more effectively share information about the 1,4-dioxane plume moving through Ann Arbor’s groundwater. Here, Mitch Adelman of EGLE (on left) discusses his organization’s perspective and responsibilities with regard to the plume.

The case study, written by Anna Prushinskaya and deployed by Czerwinski, begins at the rental home of a family living near the plume. A knock on the door comes one day from someone who informs them they have been exposed to the chemical at higher rates than the Environmental Protection Agency recommended, even though the dioxane level in the water they had consumed for two years was in line with Michigan standards. The case study unfolds through the eyes of those in the household and tells about the discovery of the chemical, its origin and the debate about what are safe levels and what action should be taken.

“I had students read through everything they could find. I was able to pull up videos of past town hall meetings. So, for our case study we decided to do a mock town hall,” Czerwinski said.

Her study will provide key data for integrating sustainability into medical care curricula for young professionals.

In a history class, student William Wright wrote a case study about the creation of Indian reservations in the late American West.

“I think creating something like this forces you to view the case in a more holistic way than a more traditional paper would,” Wright said. “Also, using the multimedia aspects of the website allowed me to consider and use sources that I normally would have passed over.”

To date, more than 100 cases have been created, some with funding and guidance from the MSC team, others by various platform users. All are searchable on a platform—called Gala—by the geographical setting of the case, or by themes such as water, materials, energy, land, biosphere, food, climate and health. 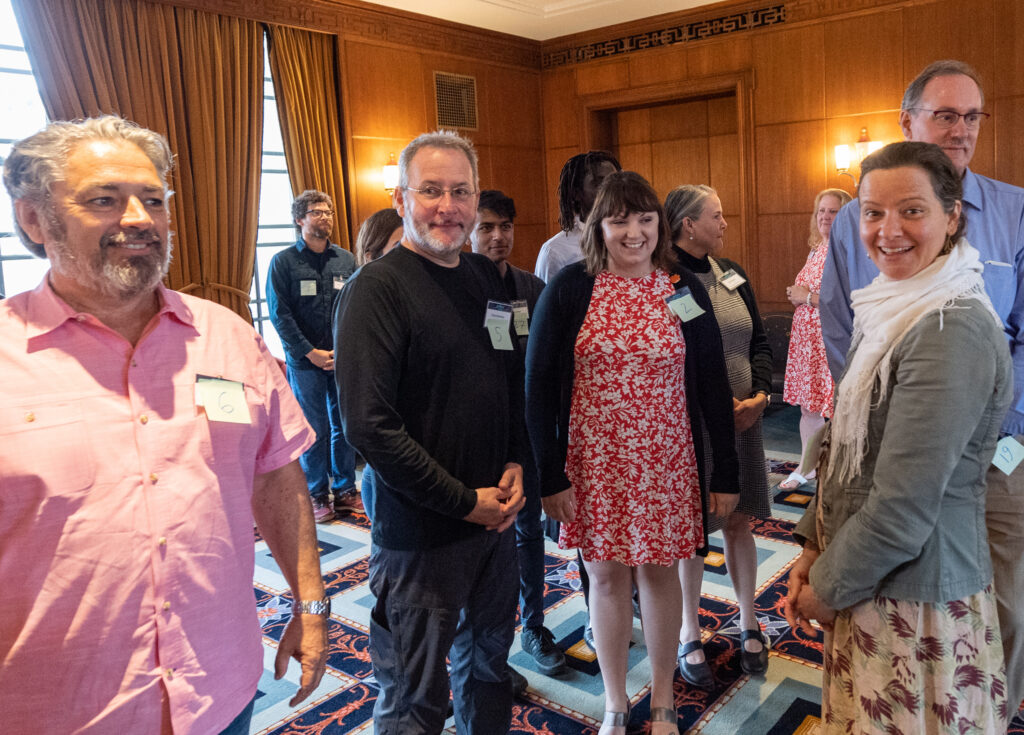 Master class co-leader and Ross/SEAS grad Sarah Hines of the U.S. Forest Service’s Baltimore Urban Field Station looks on with amusement as participants engage in an on-your-feet activity enacting the principles of complex systems at the Galaxy 2019 Conference.

It’s not just U-M students and Ann Arbor residents using the Gala resources. An alumna of the School for Environment and Sustainability working with the USDA co-wrote a case about an effort to reclaim wood from abandoned houses in Baltimore. Sarah Hines, science delivery specialist at the USDA Baltimore Field Station, and representatives from Humanim and the city of Baltimore hope the case will inspire other communities to think about sustainability as an economic driver.

That’s what gets Hardin excited about the studies—the opportunity to have them be used throughout campus and beyond.

“The cases are so valuable in providing rapid immersion in an area that urgently needs this kind of exposure and is underrepresented in academic literature,” she said.