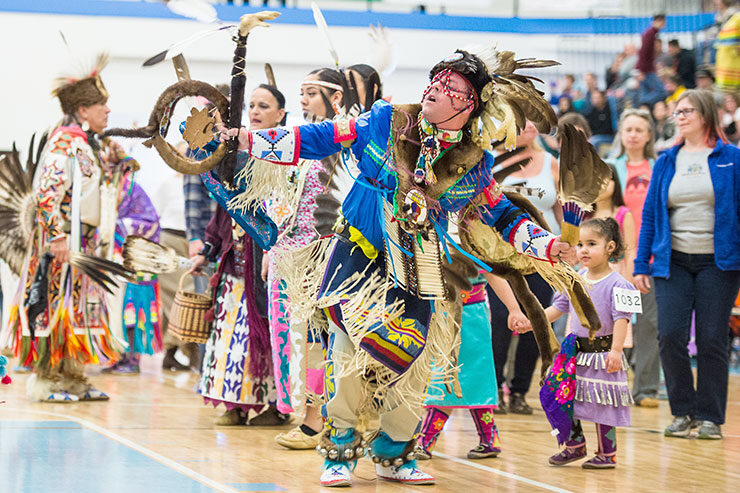 There is a continued effort nationwide to rename “Columbus Day” to “Indigenous Peoples Day,” which celebrates the contributions of Native Americans to this country. Events such as the annual Dance for Mother Earth Powwow, which is held in Ann Arbor, renews and strengthens Native American culture. Image credit: Austin Thomason, Michigan Photography

Next Monday marks Christopher Columbus’ arrival in the New World in 1492. But the federal holiday also highlights the Italian explorer’s role in Native Americans losing their lives and land after his “discovery.”

It’s one reason why more communities and businesses are renaming Columbus Day to Indigenous Peoples Day, which highlights the culture, people and customs of Native Americans. 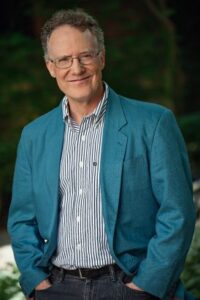 Gregory Dowd, the Helen Hornbeck Tanner Collegiate Professor of History and American Culture, is an expert on Native American and early American history. He said it’s time to end the holiday and to take seriously the full humanity of Indigenous people.

How and why did Columbus Day come about?

With the addition of Juneteenth this year, there are now 12 federal holidays in the United States. Ten of them are clearly dates of commemoration—we remember together as a nation: Martin Luther King Jr., presidents Lincoln and Washington, those who died in war, the meaning of independence, those who labor, the ending of slavery and Columbus.

Of all these folks whom we commemorate, Columbus alone was not in any way of “The People of the United States.” So it’s a good question, objectively, as to how he received a holiday in his honor in this nation—to which he did not belong.

Part of the reason we have this holiday is quite understandable. It remains an expression of the desires of late 19th century American Catholics, most of them immigrants or the children of immigrants, for an honorable place in the American past. Members of a religious minority—19th-century Roman Catholics—in the face of palpable anti-Catholic sentiment, seized on Columbus as they staked out a claim to belonging.

The Knights of Columbus, the Roman Catholic-American fraternal organization, was founded in 1882. We can use that date as a convenient indicator of when some Catholics became keenly interested in Columbus as their symbol for belonging in America. This was a time when Indigenous populations in the United States were reaching their catastrophic nadir, and when U.S. forces had largely completed the military conquest of Native Peoples in the lower 48 states. It was at the beginning of intense immigration from foreign-seeming Catholic populations in Southern and Eastern Europe as well as flows from the Philippines, joining considerable Irish, Latinx, German and French Catholics already here and still coming. The movement for Columbus Day was not strictly or even mainly Italian American, contrary to stereotypes. There was a lot of broader Catholic-American support. Their goal was achieved in 1937, under the administration of President Franklin Delano Roosevelt, for whom Catholics tended to vote.

We can absolutely honor the determination of immigrants to be counted as “Americans.” At the same time, the truth is that those who supported a holiday for Columbus in the late 19th and early 20th century sailed with currents of white supremacism that were cresting in the United States. The advocates of Columbus, like most American citizens, did not reflect on the lives, contributions and experiences of Native Americans. These were not taken seriously, if taken at all. In celebrating Columbus’ so-called discovery, they were overlooking (or worse, supporting) his violent efforts at conquest. These were knowable. Even in his own time, Columbus came under criticism for cruelties toward Indigenous peoples from Bartholome de Las Casas, a Dominican priest, and even the very Queen Isabella for whom Columbus sailed.

Over the years, Columbus and those who followed him brought hundreds into slavery in Spain and thousands on the islands. Sexual violence is clear in the record. Colonial efforts to coerce Indian labor, the colony’s introduction of diseases new to Indigenous peoples, its warfare, and its release of new animals and plants into the delicate environment resulted in catastrophic depopulation: A once Indigenous world was for the most part eventually replaced by the brutal regime of sugar and slaves. It is not a story worth celebrating.

Should Columbus be on our list of holidays? To be sure, he led the European expedition to America that initiated regular seafaring contacts between Europe and America—with tremendous consequences. But what does this Genoese master seaman—who sailed for a monarchical Spain that was then expelling Jews and Muslims, who lived a very long time before the emergence of the United States—have to do with our democratic republic that constitutionally protects religious liberty? He did not espouse democracy or republicanism or religious liberty.

Does the movement for Columbus Day teach us anything?

History is messy. We can understand the movement for Columbus Day and still advocate its abolition. It once served several ethnic American purposes: it could establish Catholic Americans as historically linked to an imaginary “founder,” giving them footing as respectable citizens. It could fight religious and ethnic bigotry. Columbus Day could even counter substance abuse, because it was a respectable holiday, marked by gatherings and parades, combating the negative images generated by the one holiday that citizens associated with American Catholics in the 19th century: St. Patrick’s Day. Inclusion, sobriety and respect are good things. But they are not enough, because they brought with them exclusion, disrespect and especially the sense that Indigenous people did not and do not count.

To take seriously the meaning of Columbus for Native Americans, and to take seriously the full humanity of Indigenous People, is to give up the holiday, for starters. To celebrate Columbus is to disrespect Native Americans; it is to say, essentially, that they do not matter. There is more to this than the obvious fact that the Americas were already well known to a great diversity of peoples when Columbus planted his standard in 1492. There is also the message that Columbus Day sends to all of us: that Native Americans, then and now, are irrelevant, that Europeans count more than others. This kind of thinking is deeply embedded in much of our national culture, and Indigenous Peoples Day is one very small way of collectively remembering the enormous human cost of colonization and the enduring presence and humanity of Indigenous America.