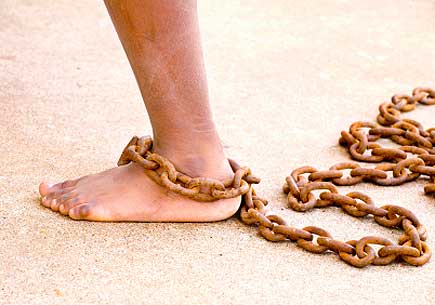 ANN ARBOR—Children exposed to ethnic and political violence in the Middle East are more aggressive than other children, a new study shows. And the younger children are, the more strongly they are affected, in a “chain of violence” that goes from political and ethnic strife, to violence in communities, schools, and families, and ends with their own aggressive behavior.

“Our results have important implications for understanding how political struggles spill over into the everyday lives of families and children,” says psychologist Paul Boxer, lead author of the study.

“We found that over time, exposure to all kinds of violence was linked to increased aggressive behavior among the children,” says Boxer, who is affiliated with the University of Michigan Institute for Social Research (ISR), and Rutgers, the State University of New Jersey.

“We also found that these effects were strongest among the youngest age group, and that they appear to result from a chain of influence in which ethnic-political violence increases violence in families, schools, and neighborhoods, which in turn increases aggressive behavior among children.”

In addition to collecting demographic information from the children’s parents, the researchers assessed exposure to conflict and violence by asking parents and children a series of questions. Among them: how often a friend or acquaintance had been injured as a result of political or military violence; how often they had spent a long period of time in a security shelter or under curfew, and how often they had witnessed actual violence.

Children and their parents were also asked about the extent of their exposure to violence in the community that was not ethnic or political in nature, as well as violence at school, and violent arguments within the family. And children were asked how often in the last year they themselves had engaged in violent behaviors ranging from pushing someone, punching, beating, or choking someone, saying mean things, or taking others’ things without asking.

“Importantly, we found that late childhood was a critical period,” says L. Rowell Huesmann, a U-M psychologist who is a co-author of the paper. “The children who were 8-years-old at the start of our study were more susceptible than older chidren to the effects of witnessing violence. “

In addition to Boxer and Huesmann, the research team included Eric Dubow at U-M and Bowling Green State University, Simha Landau and Shira Gvirsman at the Hebrew University of Jerusalem, Khalil Shikaki at the Palestinian Center for Policy and Survey Research, and Jeremy Ginges of the New School for Social Research.

To read more about the study, visit http://www.sampler.isr.umich.edu/2012/research/hidden-costs-of-war-middle-east-violence-and-its-effect-on-children