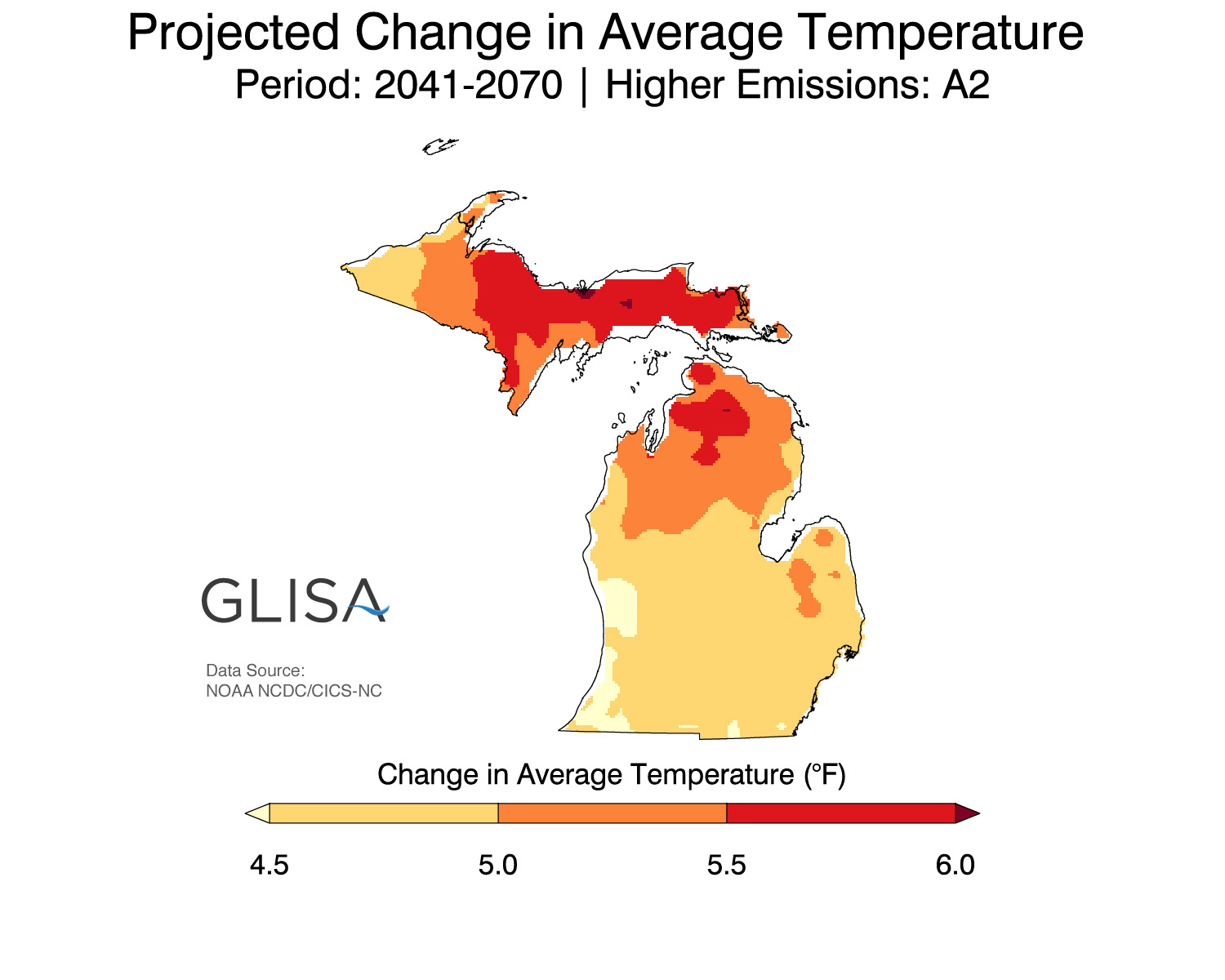 ANN ARBOR—Changing climate conditions—including warmer temperatures and an increased frequency of heavy rainstorms—represent “an emerging threat to public health in Michigan,” according to a new report from university researchers and state health officials.

The report, “Michigan Climate and Health Profile Report 2015: Building resilience against climate effects on Michigan’s health,” was released today by the Michigan Department of Health and Human Services and the Great Lakes Integrated Sciences Assessments Program—a partnership between the University of Michigan and Michigan State University.

Based on current climate trends in Michigan and projections for the next few decades, the authors identified five health topics of concern for Michigan residents:

For the report, Marie O’Neill of the U-M School of Public Health and Larissa Larsen of U-M’s A. Alfred Taubman College of Architecture and Urban Planning examined places in the state, including Detroit, which could see an increased risk of climate-sensitive health problems such as heat wave-related illnesses and death.

“I’m particularly pleased that the report addresses the relationship between climate change, environmental and social factors,” said O’Neill, associate professor of environmental health sciences and epidemiology. “This is an important step in better understanding people at risk.”

According to the report, the average annual temperature has increased by 0.6 degrees Fahrenheit since 1951 in southeastern Michigan and by 1.3 degrees in the northwestern part of the Lower Peninsula. During that same period, total annual average precipitation across the state increased by 4.5 percent, or 1.4 inches.

The Climate and Health Profile Report was funded by the federal Centers for Disease Control and Prevention. The report is the first step in a nationwide CDC effort to inform communities and public health officials about the most current climate science related to environment and health.

The Michigan Department of Health and Human Services’ Climate and Health Adaptation Program will use the report to educate community health officials and planners in preparing for emerging threats. Program officials will seek additional CDC funding to test health interventions that address the vulnerabilities and impacts identified in the report.

The Great Lakes Integrated Sciences Assessments Program is housed in the U-M Graham Sustainability Institute’s Climate Center and is one of 10 regional centers funded by the National Oceanic and Atmospheric Administration. GLISA builds capacity to manage risks from climate change and variability in the Great Lakes region.