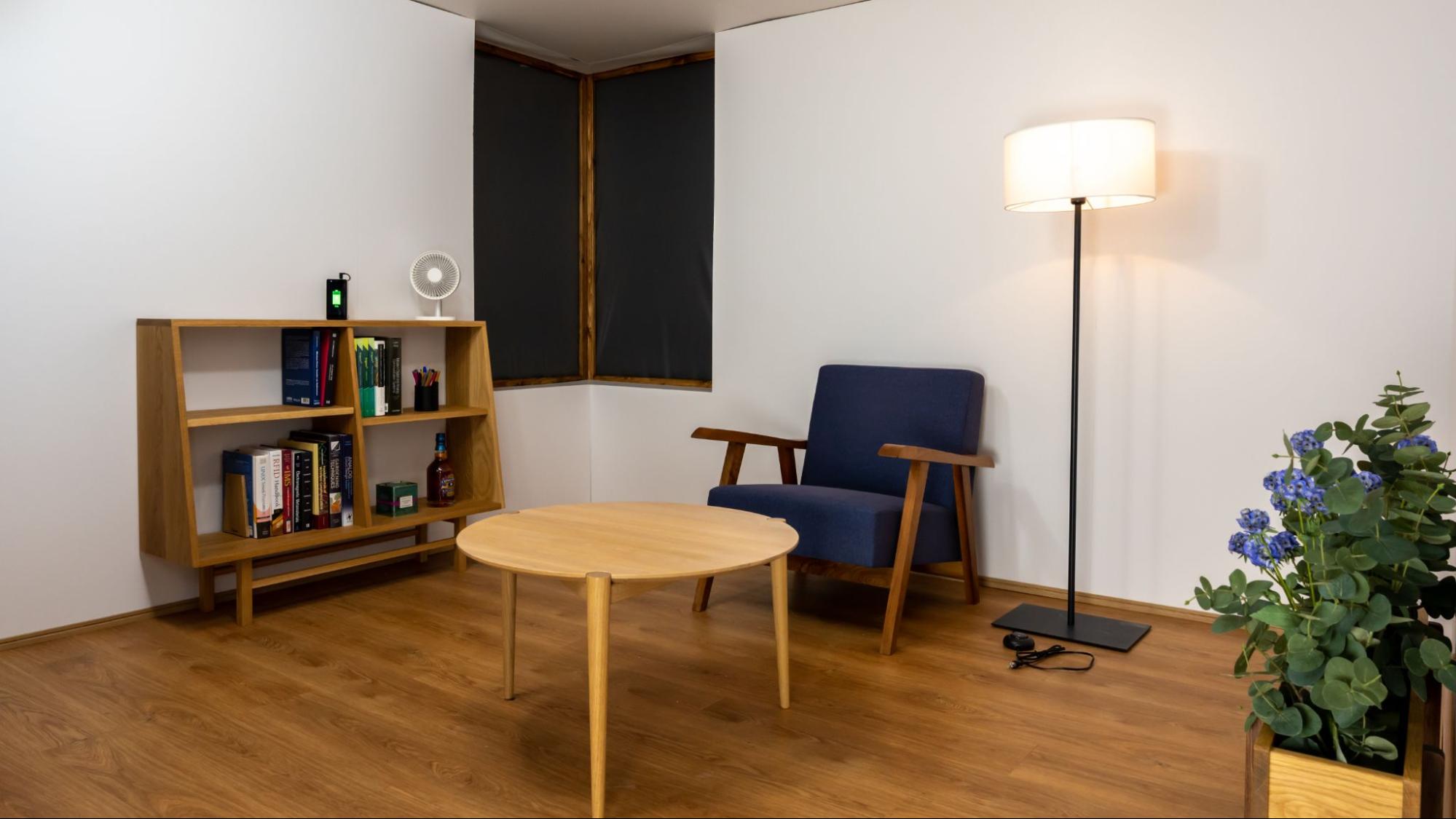 In a move that could one day free the world’s countertops from their snarl of charging cords, researchers at the University of Michigan and University of Tokyo have developed a system to safely deliver electricity over the air, potentially turning entire buildings into wireless charging zones.

Detailed in a new study published in Nature Electronics, the technology can deliver 50 watts of power using magnetic fields.

Study author Alanson Sample, U-M professor of computer science and engineering, says that in addition to untethering phones and laptops, the technology could also power implanted medical devices and open new possibilities for mobile robotics in homes and manufacturing facilities. The team is also working on implementing the system in spaces that are smaller than room-size, for example a toolbox that charges tools placed inside it.

“This really ups the power of the ubiquitous computing world—you could put a computer in anything without ever having to worry about charging or plugging in,” Sample said. “There are a lot of clinical applications as well; today’s heart implants, for example, require a wire that runs from the pump through the body to an external power supply. This could eliminate that, reducing the risk of infection and improving patients’ quality of life.”

The team, led by researchers at the University of Tokyo, demonstrated the technology in a purpose-built aluminum test room measuring approximately 10 feet by 10 feet. They wirelessly powered lamps, fans and cell phones that could draw current from anywhere in the room regardless of the placement of people and furniture. 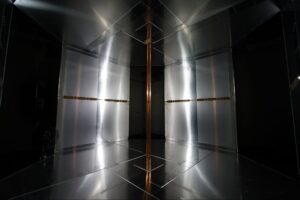 The system is a major improvement over previous attempts at wireless charging systems, which used potentially harmful microwave radiation or required devices to be placed on dedicated charging pads, the researchers say. Instead, it uses a conductive surface on room walls and a conductive pole to generate magnetic fields.

Devices harness the magnetic field with wire coils, which can be integrated into electronics like cell phones. The researchers say the system could easily be scaled up to larger structures like factories or warehouses while still meeting existing safety guidelines for exposure to electromagnetic fields.

“Something like this would be easiest to implement in new construction, but I think retrofits will be possible as well,” said Takuya Sasatani, a researcher at the University of Tokyo and the corresponding author on the study. “Some commercial buildings, for example, already have metal support poles, and it should be possible to spray a conductive surface onto walls, perhaps similar to how textured ceilings are done.”

A key to making the system work, Sample said, was building a resonant structure that could deliver a room-size magnetic field while confining harmful electric fields, which can heat biological tissues.

The team’s solution used devices called lumped capacitors. Placed in wall cavities, they generate a magnetic field that resonates through the room, while trapping electric fields inside the capacitors themselves. This overcomes a limitation of previous wireless power systems, which are limited to either delivering large amounts of power over a few millimeters or very small amounts of power over long distances. 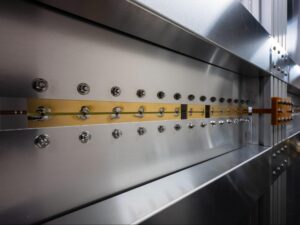 A second hurdle was how to generate a magnetic field that reaches every corner of the room—magnetic fields tend to travel in circular patterns, creating dead spots in a square room. In addition, receivers need to align with the field in a specific way to draw power.

“Drawing power over the air with a coil is a lot like catching butterflies with a net,” Sample said. “The trick is to have as many butterflies as possible swirling around the room in as many directions as possible. That way, you’ll catch butterflies no matter where your net is or which way it’s pointed.”

To make that happen, the system generates two separate, 3D magnetic fields. One travels in a circle around the room’s central pole, while the other swirls in the corners, travelling between adjacent walls. This approach eliminates dead spots, enabling devices to draw power from anywhere in the space.

Tests with anatomical dummies showed that the system could deliver at least 50 watts of power to any location in the room without exceeding FCC guidelines for electromagnetic energy exposure. Sample said it’s likely, however, that it will be possible to deliver higher levels of power with further refinement of the system.

The researchers note that implementation of the system in commercial or residential settings is likely years away. They’re currently working to test the system in a building on U-M’s campus. They’ll implement it as both a retrofit and new construction in a series of rooms that use standard construction techniques, with a completion date set for this fall.

The team also includes Yoshihiro Kawahara, professor of electrical engineering and information systems at the University of Tokyo. The research was supported by the Japan Science and Technology Agency and the Japan Society for the Promotion of Science.