ANN ARBOR–If your quality of life depended on a surveillance-focused rating system that tracked your behavior, how would you fare?

University of Michigan researchers studied the Social Credit System (SCS)—a new punishment/reward program that uses scores to determine whether citizens and organizations are able to access education, markets and tax deductions, among other things.

The system works like this: People could lose rating points for jaywalking, which could hinder their children from enrolling in the best schools. Perhaps helping someone in need could boost one’s rating, thus leading to better interest rates at a bank. 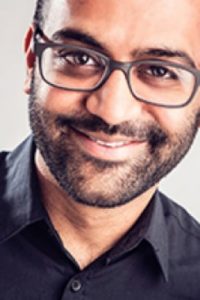 In the newly published study, U-M researcher Muzammil Hussain and his doctoral students analyzed the processes and stakeholders involved in China’s SCS program. China is scheduled to deploy this ranking system of all 1.4+ billion citizens by 2020, but various prototypes already have been deployed.

Hussain, an assistant professor of communication studies in the College of Literature, Science, and the Arts and a faculty associate at the Institute for Social Research, said the data collection phase involves sources used by both public and private sectors. But this means companies and government agencies will be able to access personal data, such as citizen ID numbers, credit scores and crime records, without people’s consent, he said.

Questions also remain for integrating separated platforms and tools into an all-encompassing system, including online communications. Some companies and security agencies are unwilling to be integrated or share data with others due to increases in data breaches and data security concerns, Hussain noted.

The findings appear in the “Risk, Hazards & Crisis in Public Policy” special issue of Internet and Policy.