ANN ARBOR—Sitting Bull. Geronimo. Red Cloud. These are some of the famous historical Native American figures featured in a rare collection of photographs newly acquired by the University of Michigan William L. Clements Library.

The collection, which comes from noted collector Richard Pohrt Jr., will add more than 1,000 images by more than 150 photographers to the library’s renowned archive of early American history. Taken primarily between 1860 and 1920, the vintage prints—many of which come from the original negatives on the original photographers’ mounts—feature more than 70 different First Nations. 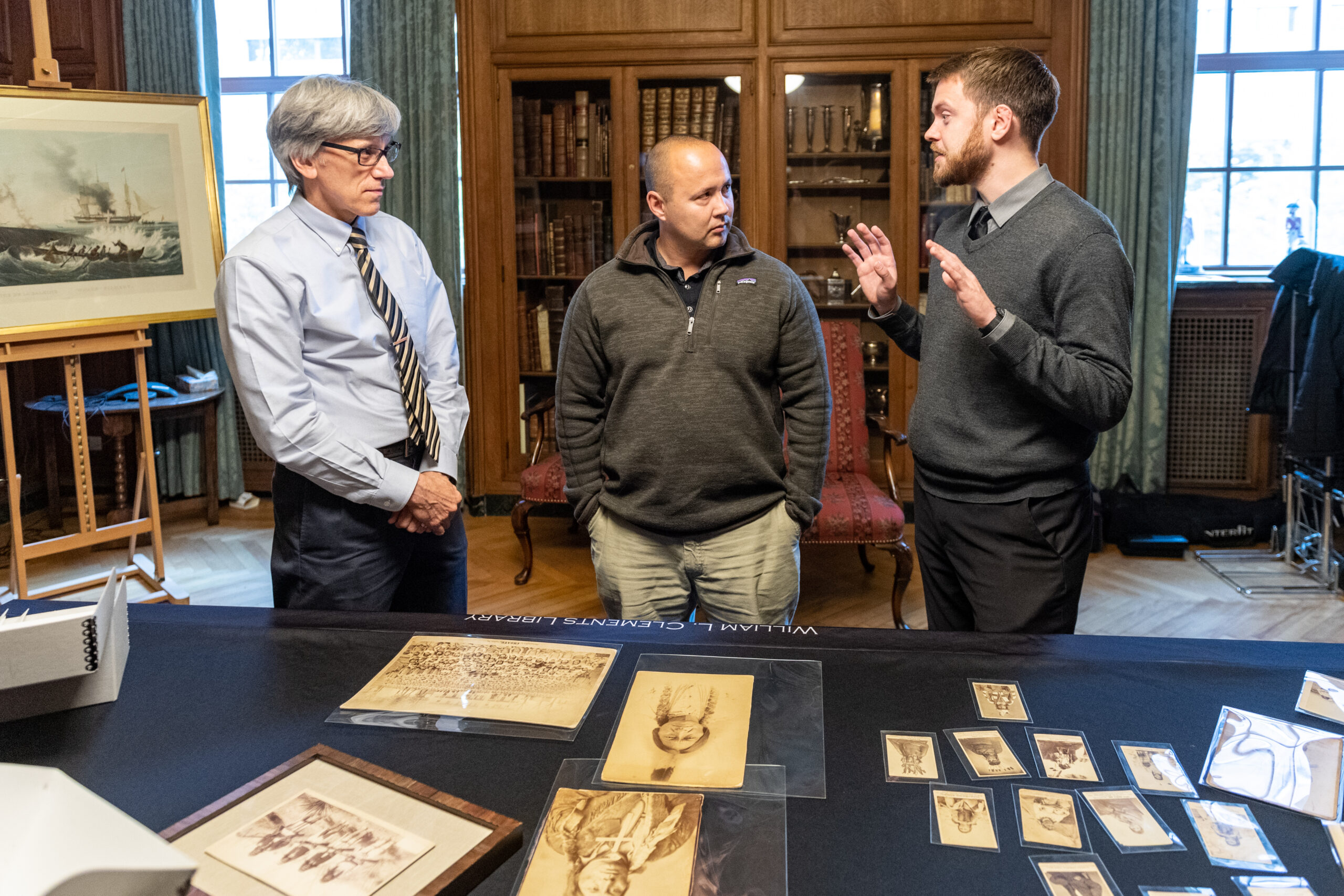 While visual depictions of Native Americans have long been a strength of the Clements Library’s holdings—including printed images from artists such as Karl Bodmer and George Catlin—the recent acquisition of the Richard Pohrt Jr. Collection of Native American Photography extends these resources into the post-1838 era of photography.

According to Clayton Lewis, curator of graphics material at the Clements, this era also coincides with many of the darkest phases of Native American history, especially in the West.

“The violence, impoverishment, disempowerment and forced cultural assimilation related to United States Indian removal policies and the establishment of reservations and boarding schools are among the major themes represented by these photographs,” he said. “However, the cultural complexity of the communities, the quality of the material culture, the dignity and resilience of leaders, and aspects of rituals and everyday life are also well documented in the Pohrt Collection.” 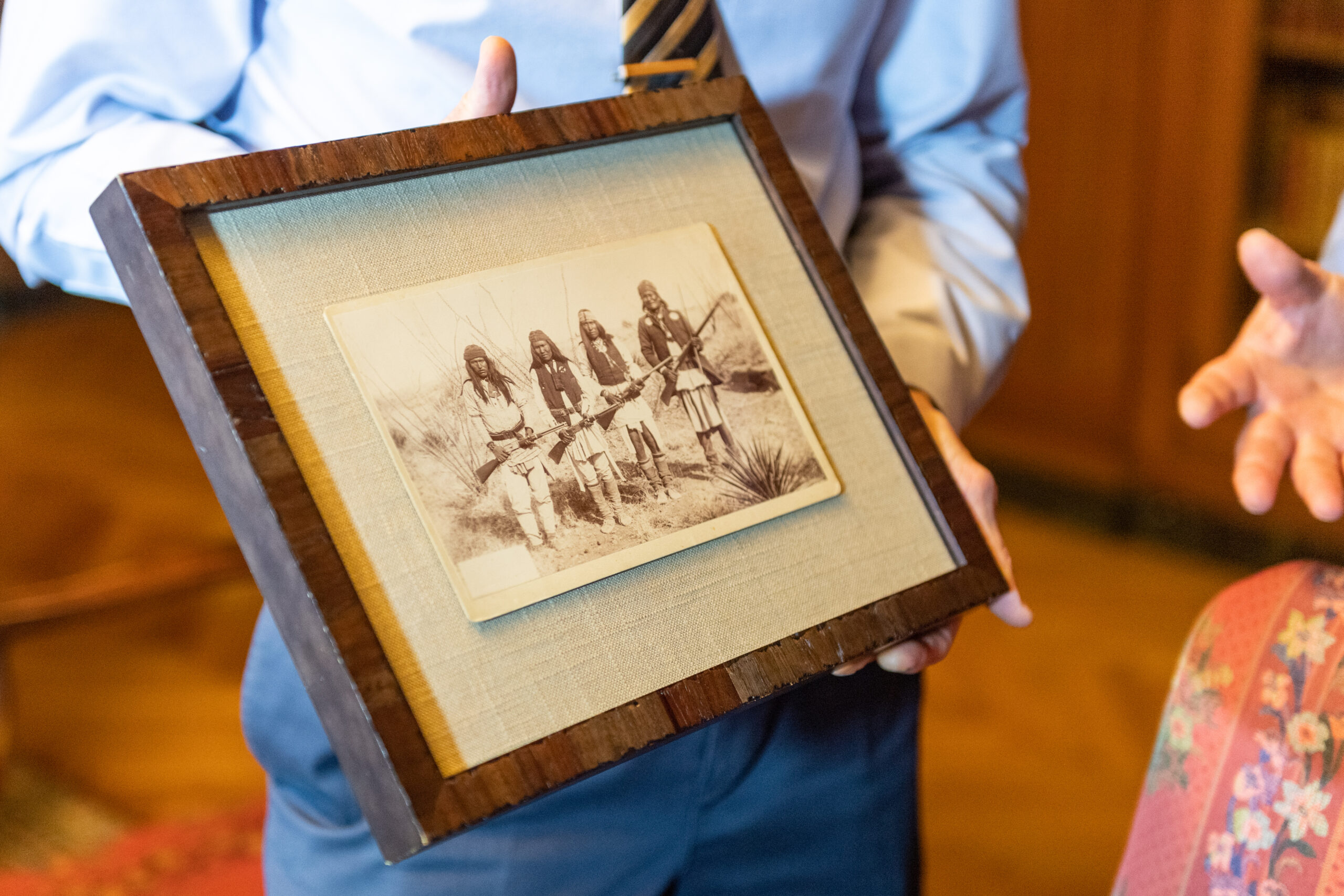 Lewis says that while they are excited about the new acquisition, they are also aware of many of the issues related to the access and display of the culturally sensitive images, which is why they have consulted with several Native American scholars and cultural representatives, as well as the U-M’s Native American Graves Protection and Repatriation Act representative.

“This collection is already so extraordinarily rich because of all of the information that comes with it—names, times, dates and places where the photos were taken—as well as Richard’s expertise in Native American art and material culture,” he said. “The advisers that we’ve been working with are providing even more information and guidance about their context, which will make it a one-of-a-kind resource for both scholars and for Native American people looking to reconnect with their past.”

One of the consultants that the Clements Library has been working with is Eric Hemenway, director of archives and records for the Little Traverse Bay Bands of Odawa Indians, who says that looking through the photographs is bittersweet.

“As a historian, I try to gather as many pieces of evidence as possible to tell our complete story, so I was excited to see photos of my ancestors in this collection,” he said. “But it’s like a hammer hitting a piece of glass and watching it shatter—we’ll never be able to fully put it all back together again because there was a concentrated effort to destroy Native history, language, traditions and religions.” 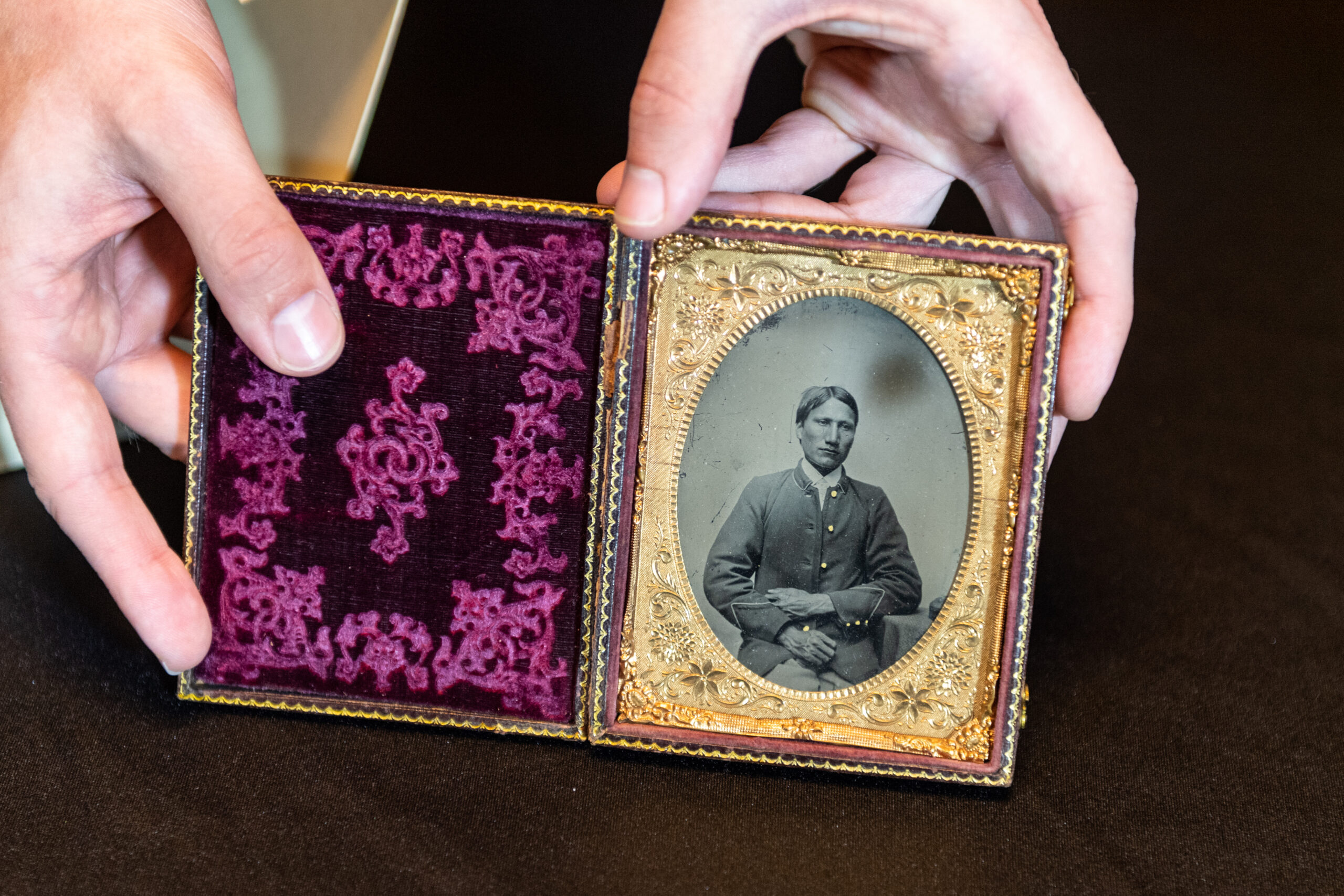 Hemenway hopes to create curriculum and learning opportunities using the material, and says that rebuilding this part of the Native American historical narrative through documents, photos and other resources helps them to fill in a big gap.

“When I look at these photos, I see a bigger picture: at the end of the 19th century and beginning of the 20th, I see people that are not considered citizens, who cannot vote, who are in boarding schools, on the fringes of society,” he said. “We literally disappeared from the mainstream record after these were taken, and I want people to know that we’re still here and that we’re an important part of America’s story.

“I really appreciate that the Clements has included Native advisers in this conversation, to ask us how we interpret the collection and to make connections with other resources. This is something that hasn’t really been happening at American institutions during the last century.”

In addition to working with consultants, staff at the Clements Library have been meticulously verifying the information found on the photos in the collection.

“Even though the Pohrt photos contain a lot of information, there have still been many misidentifications and errors,” said Jakob Dopp, Clements Library graphics division cataloger. “We are very conscious of the possibility of inadvertently perpetuating historical errors, and given that there is a long history of this with Native cultures, we want to get it right if we possibly can.” 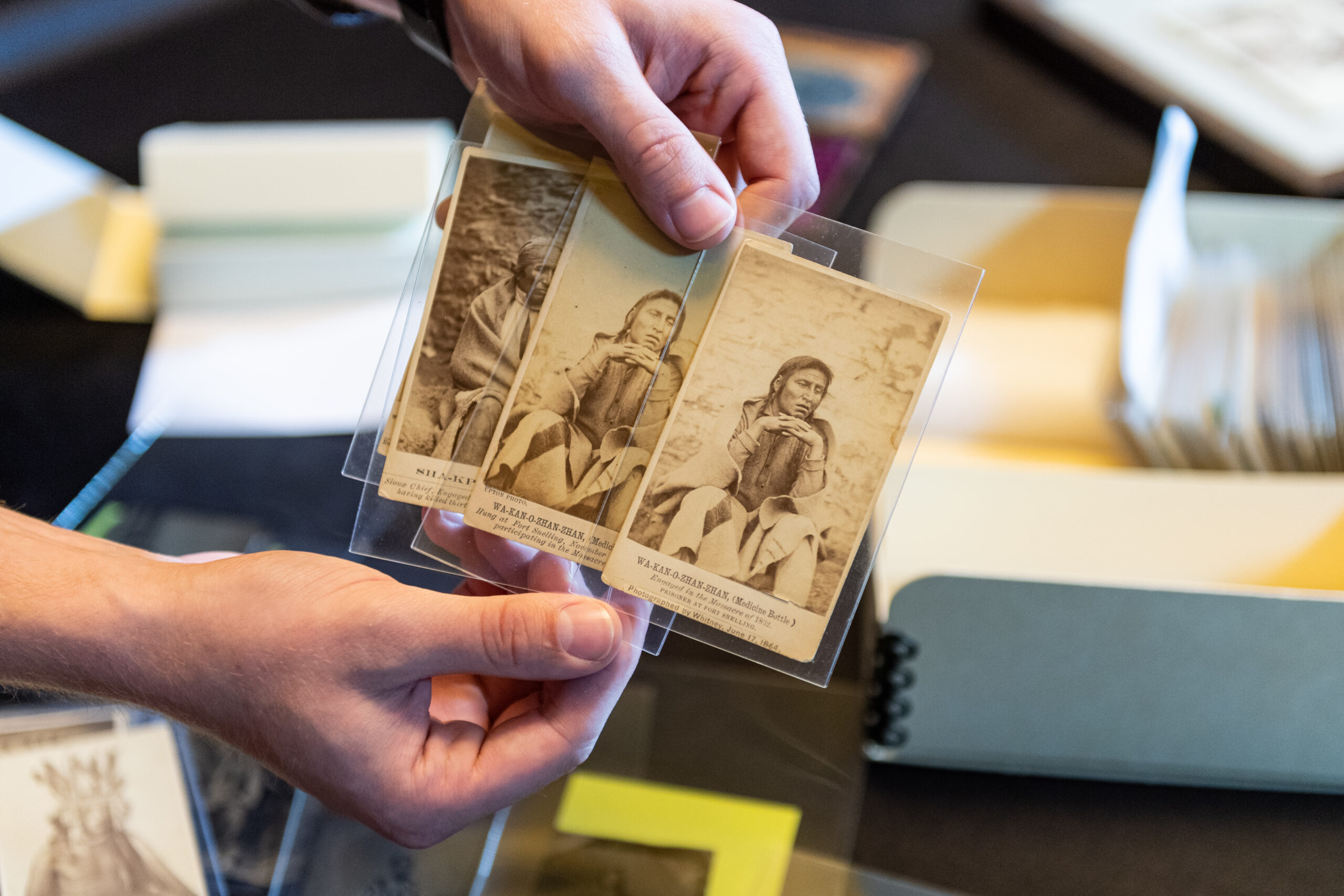 Pohrt began collecting 19th-century photographs nearly 20 years ago to support his study of Native American art and material culture. He developed a deep interest in the historical context of the photos, including the people, places and events represented, as well as the pioneer photographers who chronicled this era.

“There are a couple of different ways you can look at this collection,” said Pohrt, who plans to continue to add to it in the years to come. “These photographs, which are really breathtaking, can be used to study the history of photography, and more importantly, the opening of the West, and the great transformations that took place during the second half of the 19th century.”

The acquisition was made possible through the generosity of Tyler J. and Megan L.  Duncan of Minnesota and Richard Pohrt Jr., and processing and cataloging was funded by both the Gladys Krieble Delmas Foundation of New York and the Frederick S. Upton Foundation of Michigan.