University of Michigan climate scientist Jonathan Overpeck discusses climate change challenges and opportunities for Michigan. Overpeck, the Samuel A. Graham Dean of the School for Environment and Sustainability, has worked on climate change for more than 35 years and on five continents.

He has been heavily involved in multiple reports by the Intergovernmental Panel on Climate Change and has appeared before Congress several times to testify about climate change. Overpeck currently serves on Gov. Whitmer’s Council on Climate Solutions and on Ann Arbor’s Energy Commission.

Why is climate change such a big concern for the planet and for Michigan? 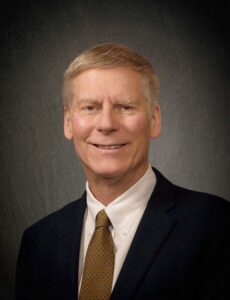 Climate change is the defining global problem of the 21st century. Everyone on the planet will be affected, even if they haven’t already been impacted. Future generations will be the most affected. Natural systems are also getting hit hard. For example, there is a growing wildfire crisis out West, coral reefs are bleaching throughout the tropics, the Amazon rainforest is at grave risk, and climate change has a very real chance of driving the sixth major mass extinction in Earth’s history. Although a great deal is known about the problem, its cause, and its solutions, the crisis just keeps growing due to the lack of rapid action to combat it.

Interestingly, Michigan is being seen as a potential climate refuge, a place less at risk to harmful climate change impacts than many other states around the country, particularly in the southern tier of the country and along the coasts. The climate crisis is becoming a drought and water crisis in some parts of the U.S., whereas the Great Lakes hold over 80% of North America’s surface freshwater. However, Michigan can only be a climate refuge if we keep climate change from getting out of control.

How is climate change impacting Michigan?

Early in my career as a climate scientist, almost all climate change impacts were a thing of the future. Our research was mostly academic: How will climate respond to increased concentrations of greenhouse gases in the atmosphere and how will a changing climate impact things humans care about? Fast forward to the year 2022, and most of the impacts we’re seeing are ones we expected. The big surprise is how much faster climate change impacts are accumulating than we thought they would.

Climate warming is crystal clear, both in terms of hotter heat waves in the summer and warming waters in the Great Lakes. We predicted an increase in rainfall intensity, and recent change has eclipsed what we predicted: We’re now getting regular flooding in Detroit and elsewhere around the state. We’re also seeing dam failures, and increased snow and rain runoff from farms into the Great Lakes, where the resulting increase in nutrient runoff combines with the warmer waters to generate worsening harmful algal blooms. It is clear our 20th-century infrastructure and practices are now being overwhelmed by our 21st-century climate.

Farmers and growers in Michigan have a big challenge on their hands due to climate change. Earlier snowmelt and spring rains mean waterlogged soils, which combine with more variable early-season temperature swings to make planting crops and producing fruit more tricky. Strengthening storms, more severe dry spells and more extreme rainfall in the summer months all add challenges for the agricultural communities of our state.

Many Michiganders now know what it’s like to deal with record extreme water-level changes on the Great Lakes. And there is little doubt climate change is making it tougher for many elsewhere as well. It’s critical to acknowledge that some of our least affluent fellow citizens are getting hit disproportionately with the costs of increased flooding and extreme heat.

Climate change is impacting the entire nation and globe in ways that are increasingly challenging to lives and livelihoods. The U.S. West has become a poster child for climate change. The most extreme drought of the last 1,200 years is in its 22nd year, and with it has come an unprecedented water crisis in the Southwest and an exploding wildfire crisis stretching from Mexico up into Canada. Deadly heat waves are becoming an annual occurrence. Elsewhere, sea-level rise is starting to take its toll, plus tropical storms and hurricanes supercharged by climate change are racking up costs like never before in our nation’s history.

The good news is that Michigan’s climate change woes are not as challenging as in the West, the South or along our nation’s ocean coasts. Michigan may thus be a place where people and businesses may indeed want to relocate as climate change gets worse. Even with aggressive action to stop climate change, we will still have to endure impacts that are roughly double what we have already experienced—this extra climate change is unavoidable because of delayed climate action. We must, therefore, design a Michigan that is more resilient to climate change, even as we act to speed up climate action.

The bad news is that it could get much worse in Michigan if we fail to act aggressively on climate change. We could see much more frequent and severe flooding, paradoxically combined with record-breaking hot summer dry spells and droughts. The latter will undoubtedly mean more wildfires and dramatically increased agricultural impacts. Absent sufficient climate action, we will also see many more summer days above 100°F in southern Michigan, which when combined with high humidity could prove very unhealthy to those outside. Harmful (toxic) algal blooms will also become more widespread in all the Great Lakes, while a greater number of insect-borne diseases will probably no longer be kept out of Michigan by cold weather.

What do we have to do to halt climate change in Michigan?

More good news. Efforts to halt climate change have already begun in Michigan, and they just need to be accelerated. Rapidly falling costs already make wind and solar energy, plus battery storage, an affordable alternative to the fossil fuel-based energy sources we must abandon to stop climate change. Similarly, the same rapidly falling costs mean that electric cars, trucks, buses and other forms of mobility will be the most affordable option, allowing us to get internal combustion vehicles off our roads.

The University of Michigan is committed to carbon neutrality and will utilize shallow geothermal heating and cooling in addition to renewable energy, battery storage, electrified mobility, building energy efficiency upgrades and other rapidly improving technologies to do the job. Fortunately, the governor’s new MI Healthy Climate Plan describes an even wider range of aggressive climate action needed to stave off climate change disaster in Michigan. In short, we have most of the technologies and plans needed to halt climate change. We just have to move faster to implement them.

How does this create an opportunity for the state?

There is yet more good news on this front. Affordable rapid climate action saves our state from becoming a climate disaster, and it also positions Michigan to become a big economic winner in the rapidly expanding clean energy sustainable solutions markets growing around the globe. Most people reading this will already understand that Michigan’s mobility industry is well-positioned to benefit greatly as the whole planet transitions to electric cars, trucks, buses, etc. At the same time, Michigan could also see an expansion of businesses offering other knowledge and technological solutions to the world as the entire global economy transitions from fossil fuels to sustainable and just low-carbon economies.

A key to the creation of a new robust low-carbon economic engine in Michigan is the ability to attract the innovative workforce and companies to the state who can partner with our premier universities to provide the solutions needed not just in Michigan, but around the globe. This workforce talent will require a Michigan that is a climate action leader in its own backyard, and a Michigan that is indeed a climate refuge as well, one complete with well-paying jobs, a beautiful environment and an affordable cost of living. A state with a sustainable and just economy.

Is it too late to tackle climate change? Do you have hope?

No, it is not too late to tackle climate change, and yes, I have hope. I moved back to Michigan from the Southwest because I knew Michigan could be a climate change winner. I worry, however, that going too slow on climate action could translate into a disaster for the state, as well as for the nation and planet. We just can’t let climate change get too large, because if it does, it could get out of control. We need to all work together to throttle climate change and create opportunities that benefit everyone in Michigan, rural to urban, and give us a strong economy that will only get stronger in the future.

My hope is that we create a climate action engine in Michigan that serves as an example to all, and also shows that we can avoid climate disaster and create a robust, sustainable and just economy at the same time.

Written by the School for Environment and Sustainability