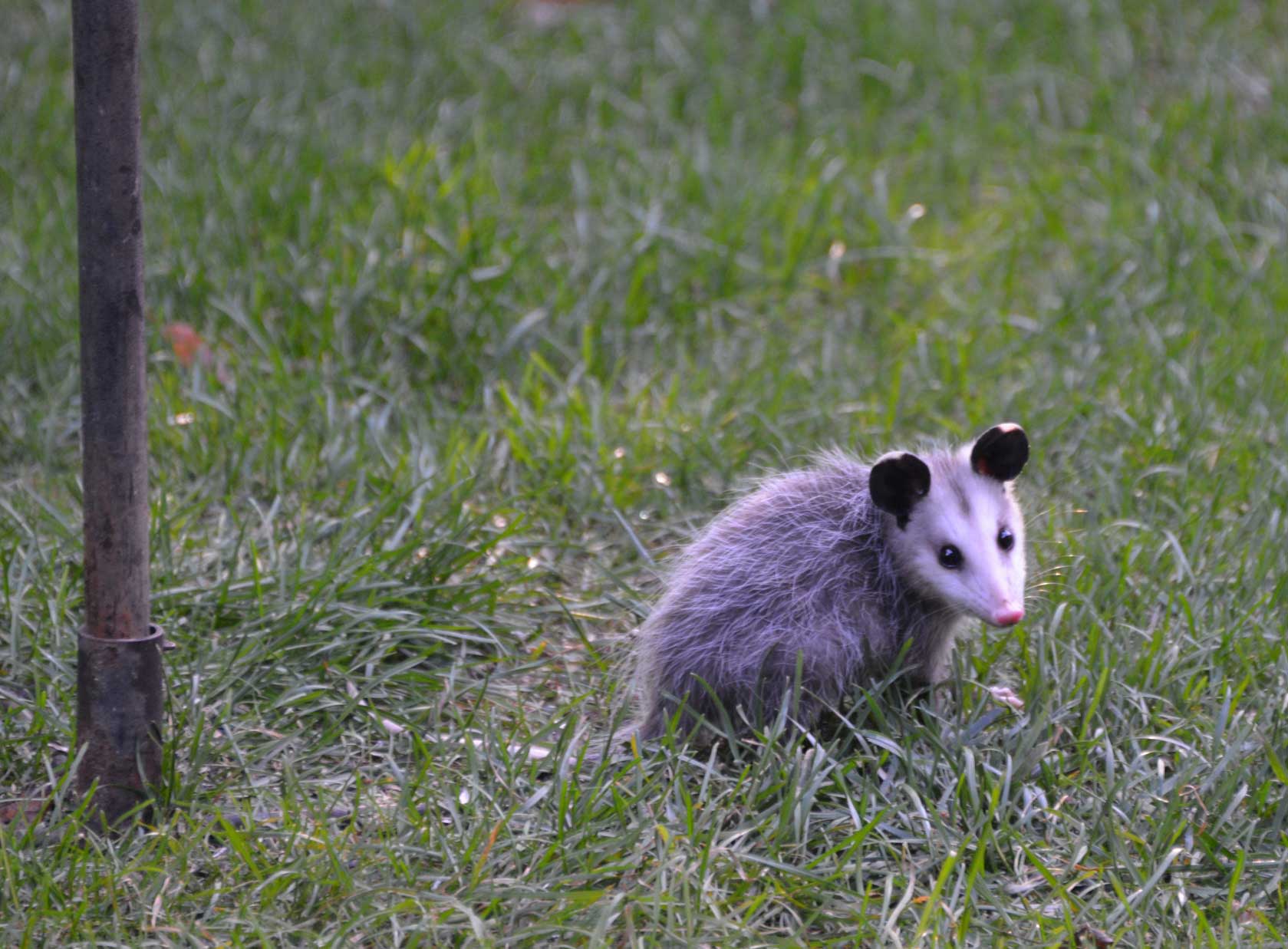 ANN ARBOR—The headline reads like something from the satirical newspaper The Onion: “Grand Forks opossum slain; body to go to University of Michigan for research.”

But for U-M graduate biology student Lisa Walsh, this was no laughing matter.

Walsh’s doctoral dissertation is focused on the ongoing northward range expansion of the common Virginia opossum, and she’d been expecting the nomadic marsupials to show up in North Dakota’s Red River Valley eventually.

This individual opossum was first spotted in a suburban Grand Forks neighborhood in January 2017, eating sunflower seeds at the base of a birdfeeder. Someone later killed the animal with bow and arrow, as the Grand Forks Herald reported, and Walsh drove to North Dakota during spring break to recover its carcass. 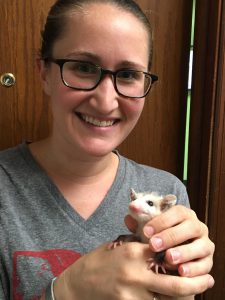 The Grand Forks specimen marked a 137-mile northward range extension for the Virginia opossum, the only marsupial found in North America north of Mexico. The opossum’s ancestors evolved in South America, and the creature invaded this continent about 800,000 years ago, following the formation of the Isthmus of Panama.

Opossums have been steadily marching northward since that time, becoming common in southern Michigan by the 1920s and now found as far north as southeastern Ontario. These animals are built for the tropics but keep pushing north with help from humans.

“Very little is preventing their continued dispersal northward, provided they can survive winters,” Walsh said. “This is a unique opportunity to study a documented, ongoing range expansion.

The skin, skull and skeleton of the Grand Forks opossum were deposited in the collections of the U-M Museum of Zoology and catalogued as UMMZ 178776. A research paper by Walsh, describing her Grand Forks findings, was published in the latest edition of the journal The Prairie Naturalist.

Virginia opossums are generalist omnivores and will eat almost anything. When Walsh dissected the carcass of UMMZ 178776 back in Ann Arbor, she found a full stomach containing sunflower seeds and muscle tissue, hair and unidentified bone fragments from small mammals. The lower intestine of this male opossum contained grass, leaf matter and a sunflower seed.

It was so exciting because it was further confirmation that this range expansion is still happening and that these animals are probably going to keep moving even further northward as the climate warms and as humans continue to alter the landscape with more agriculture and urbanization.

Opossums, which are about the size of a house cat, have long, hairless tails, hairless ears and a pointed snout. Their fore and hind feet have five toes, including a thumb-like opposable innermost toe on the hind feet.

With so much exposed skin, opossums are susceptible to frostbite, most commonly on their ears and tail. On UMMZ 178776, frostbite led to blackened and crusty hind feet and a nose inflamed with blisters. It weighed 5.3 pounds, which is less than other opossums trapped in January in other northern states.

Opossums do not hibernate in the winter. Previous research showed that they remain in their den, rather than foraging, on winter days when temperatures do not reach above freezing. In Grand Forks, weather records show that between Dec. 1, 2016, and Jan. 22, 2017—the day UMMZ 178776 was killed—there were 41 days when the temperature did not get above freezing.

“The winter temperatures and the individual’s condition suggest that this opossum spent much of the winter in a den rather than foraging,” Walsh said. “This individual was likely persisting via opportunistic foraging around Grand Forks residents’ homes whenever temperatures reached above freezing.”

In this way, increased access to food in urban and suburban areas and near farms might be increasing winter foraging success and allowing the Virginia opossum to expand into northerly areas that would otherwise be intolerable.

“Although many range expansions are currently being credited to climate change, climate change alone might not be the entire story for the opossum,” Walsh said. “More direct anthropogenic factors may also be important, including resources easily available in agricultural and suburban landscapes.”

For her master’s thesis in the U-M Department of Ecology and Evolutionary Biology, Walsh tested the idea that both warming winter temperatures and increased urbanization are helping opossums expand northward in the Great Lakes region. That work, conducted with Professor Priscilla Tucker, Walsh’s adviser, was published last August in the Canadian Journal of Zoology.

Walsh and Tucker looked at the genetic consequences of two opossum range expansions, analyzing genetic data from opossums in Michigan, Ohio and Wisconsin. Tissue samples from ears, lips, tails and hair follicles were collected from roadkill, from animals that died at a wildlife rehabilitation hospital, and from individuals caught by fur trappers and nuisance control operators.

DNA from 85 individuals in the three states was isolated and amplified. Two genetically distinct populations were identified, one on the west side of Lake Michigan and one on the east side.

U.S. Census Bureau data were used to examine human population density, housing density and the density of farms across the study area. County by county climate data—including information on winter temperatures and snow depth—were downloaded from the National Climate Data Center for the period 1992 to 2013.

Computer models were then constructed to look for correlations between opossum genetic diversity, census data and climate records. Walsh and Tucker found that measurements of genetic diversity across 15 counties were best explained by days of snow on the ground. Farm density was also found to be an important factor.

“These models suggest opossum expansion may be facilitated by agricultural land development and at the same time may be limited by their inability to forage in snow,” Walsh wrote. The presence of two distinct genetic clusters of this nomadic species—one on either side of Lake Michigan—suggests independent colonization of the two regions in the past.

For her doctoral dissertation, Walsh has expanded her study to examine the genetics of Virginia opossums across their entire range, from Central America and Mexico through the United States. Using tissue samples from museum collections, she has collected usable DNA from more than 100 individuals.

She also sought tissue samples from fur trappers and even enlisted her parents to sample roadkill opossums in Vermont. In addition to DNA, Walsh has collected hair samples for isotopic analyses that tell her what the animals ate.

“There are more than 100 American opossum species, but the Virginia opossum is the only one to make it into the United States,” she said. “I want to know more about how they were able to spread north into temperate America and whether their diet shifted as humans changed the landscape.”