Cold improves longevity for some, shortens life span for others 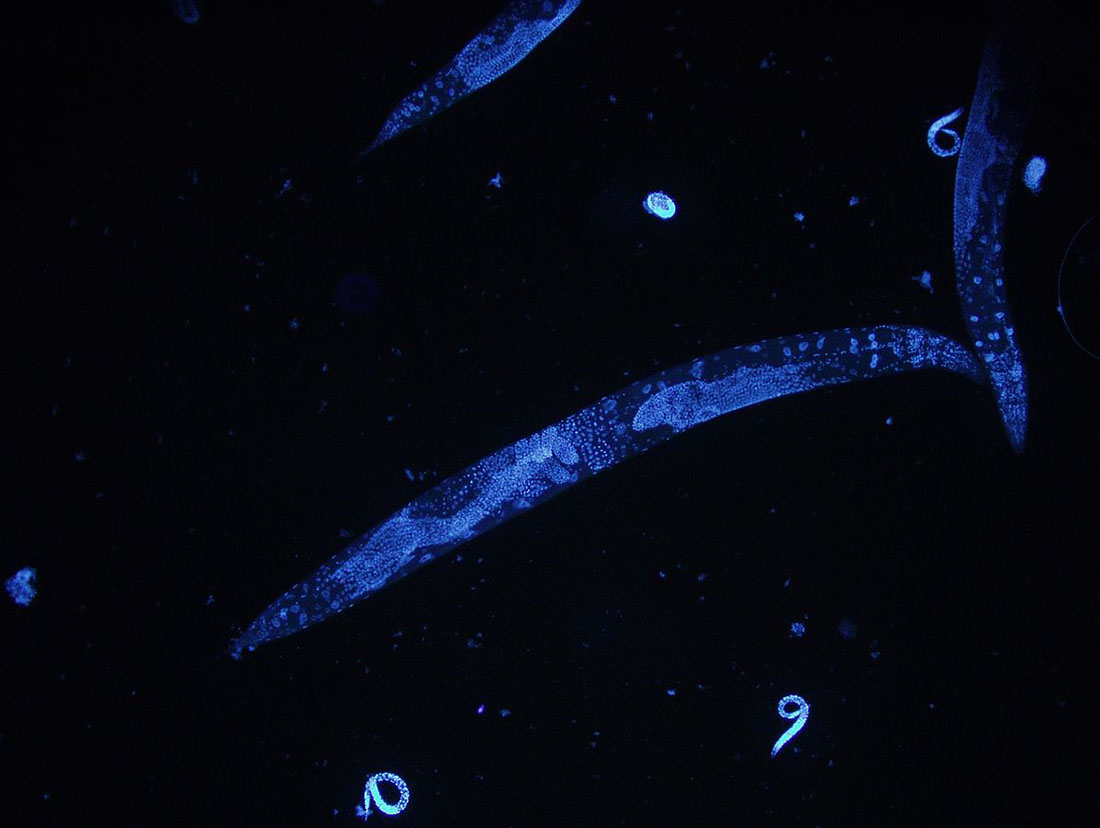 Microscope image of a C. elegans roundworm by HoPo via Wikimedia Commons.ANN ARBOR—Century-old wisdom holds that cold-blooded creatures—flies, worms, fish—live longer in colder environments. And more recent studies have found it’s true for mammals as well: Dropping the core body temperatures of mice by less than one degree Fahrenheit can extend their lives by 20 percent.

But new research on roundworms from the University of Michigan Life Sciences Institute and collaborators from Huazhong University of Science and Technology in China adds a new layer of complexity to the existing models, showing that colder temperatures are not beneficial in all circumstances.

For many years, the effect was thought to be a simple matter of chemical reactions inside the organism slowing down at lower temperatures, and therefore slowing the rate of aging.

In the last few years, studies have shown genes also play an active role. In 2013, researchers at the LSI reported that the sensation of cold triggers a genetic program that promotes longevity in C. elegans worms.

The new research, published online May 28 in Cell Reports, shows for the first time that the law does not apply equally to adults and developing young. The same temperature-sensitive channel whose signaling extends the longevity of adult worms actually shortens the lifespan of larvae. Larvae raised in warmer temperatures lived about 20 percent longer.

“These findings show that temperature’s impact on longevity is more complex than was previously thought,” said study senior author Shawn Xu, the Bernard W. Agranoff Collegiate Professor in the Life Sciences at the U-M Medical School and faculty member of the LSI, where his lab is located. “It also reveals that temperature experience in early life can have a long-lasting effect in later years.”

Does this mean parents shouldn’t let their kids play outside in the snow? “There’s no need to worry,” Xu said. “People are a lot different than worms—orders of magnitude more robust and complex—but it’s important to understand how these fundamental mechanisms work in much simpler organisms if we want to better understand factors that impact longevity in people.”

These differences were seen at temperatures that were neither frigid nor broiling: the worms were kept between 59 degrees and 77 degrees Fahrenheit.

The process works like this: Cold air activates a receptor in the worms known as the TRPA1 channel, which is found in nerve and fat cells. This initiates a chain of biochemical signals that ultimately activates a gene known as DAF-16/FOXO, which has been associated with longevity in worms.

The current study found that the same pathway triggers the opposite effect in larvae as it does in adult worms, though it’s not clear why, Xu said. The research also uncovered a critical window during larval development that had the greatest impact on longevity.

Since mammals share much of the same genetic programs, it raises the possibility that exposure to cold—or pharmacological stimulation of the cold-sensitive genetic program—could also affect longevity in humans, Xu noted.