Wind-driven grass fires in Colorado burned hundreds of homes and forced thousands to evacuate Thursday in a region that had seen a nearly snow-free December following a dry, mild fall. A University of Michigan expert is available to comment. 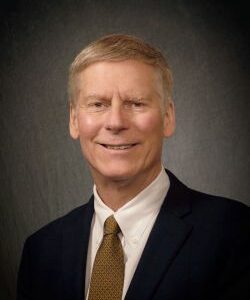 Jonathan Overpeck is an interdisciplinary climate scientist and dean of the U-M School for Environment and Sustainability. He is an expert on paleoclimate, climate-vegetation interactions, climate and weather extremes, sea-level rise, the impacts of climate change and options for dealing with it. He served as a lead author on the authoritative Intergovernmental Panel on Climate Change 2007 and 2014 reports. Overpeck’s research is focused on understanding drought and megadrought dynamics and risk in the West and elsewhere around the globe.

“Climate change is driving the drying out of the West, both with warmer temperatures and less reliable snow and rain. This means more severe and extreme drought and has led to the ongoing, unprecedented hot megadrought that has gripped large parts of the West since 1999,” he said. “The heat and dryness are also increasing the risk of big destructive wildfires, including in areas that are densely populated. In the West, the climate crisis is a water crisis, but it is also clearly a wildfire crisis.”

Related: Climate change and the aridification of North America