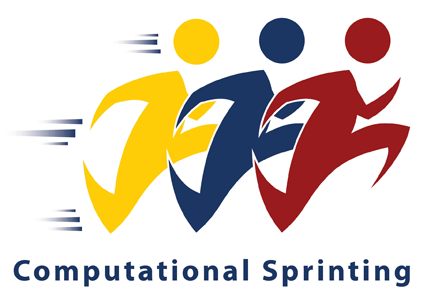 Under a new ‘computational sprinting’ power and heat management scheme for smartphones, the devices work hard for brief periods of time and then rest, much like sprinters. The concept could drastically improve multimedia applications. Image credit: Rose AndersonANN ARBOR—Computational sprinting is a groundbreaking new approach to smartphone power and cooling that could give users dramatic, brief bursts of computing capability to improve current applications and make new ones possible.

Its developers at the University of Pennsylvania and the University of Michigan are pushing mobile chips beyond their sustainable operating limits, much like a sprinter who runs fast for a short distance. The researchers will present a paper on their concept today (Feb. 28) at the International Symposium on High Performance Computer Architecture in New Orleans.

“Normally, these devices are designed for sustained performance, so that they can run full bore forever. We’re proposing a computer system that can perform a giant surge of computation, but then gets tired and has time to rest,” said Thomas Wenisch, study co-author and an assistant professor at the U-M Department of Electrical Engineering and Computer Science.

“We asked, ‘What if we designed a chip to run at 16 times the sustainable rate, but only for half a second? Can we do it without burning out the chip?'” said one of the study’s authors, Milo Martin, associate professor in the Department of Computer and Information Sciences at Penn’s School of Engineering and Applied Science. “We did the calculations and simulations, and we find that it is indeed possible to engineer such a system.”

Smartphones no longer benefit from increased transistor density and sophistication of computer chips, the researchers say. They are hamstrung by the heat that transistors produce, which must be vented before it damages the chip. Small mobile devices don’t have room for the large fans that keep a laptop’s temperature cool enough for it to function. As a result, only a fraction of a smartphone chip’s transistors can safely operate at once.

This phenomenon, named “dark silicon” after the increasingly large portions of a silicon chip that must remain off at a given time, is a major concern to many engineers, who fear it represents a hard physical limit for making mobile devices faster and more powerful. One estimate suggests that by 2019, just 9 percent of the transistors on a smartphone chip will be able to be active at any time.

Computational sprinting could circumvent the dark silicon problem by operating in a way that better takes into consideration the ways mobile devices are different from laptops and desktops.

A smartphone only rarely needs to be operating at its maximum processing power, as most of the time it is waiting in a pocket or purse for a user’s input. But once a user tells a smartphone to do something computationally intense—such as performing image recognition tasks, building panoramas out of individual photos, finding navigation routes or doing speech recognition or translation—the results need to come as fast a possible. These so-called “bursty” activities have short periods of intense computation, followed by long idle times when the device can cool down and recover.

“In this research, we both performed a broad feasibility study and identified solutions to overcome engineering challenges of sprinting,” Martin said. “Engineers have expressed concern about the technology trends surrounding the idea of dark silicon. What our research indicates is that it’s OK for the silicon to be mostly dark, if you can use it all for short burst of intense computation.”

Under the computational sprinting scheme, up to 15 additional cores would fire up to work in parallel alongside the chip’s main core for up to one second. This could speed up the device’s response time tenfold.

To handle sprinting’s higher temperatures, the researchers propose a heat-spreading structure that includes an encapsulated phase change material—something like candle wax—which would absorb heat by melting during the sprint, then slowly dissipate it by hardening while the device is at rest.

“This paradigm of design for responsiveness will let us do things that are not possible today,” Wenisch said. “Humans only have so much patience, so these interactive apps are limited by what you can do in the fraction of a second that we’re willing to wait. If app designers can now get 10 times as much computing done in one burst, that frees their hands to pursue ideas they would have just discarded today.”