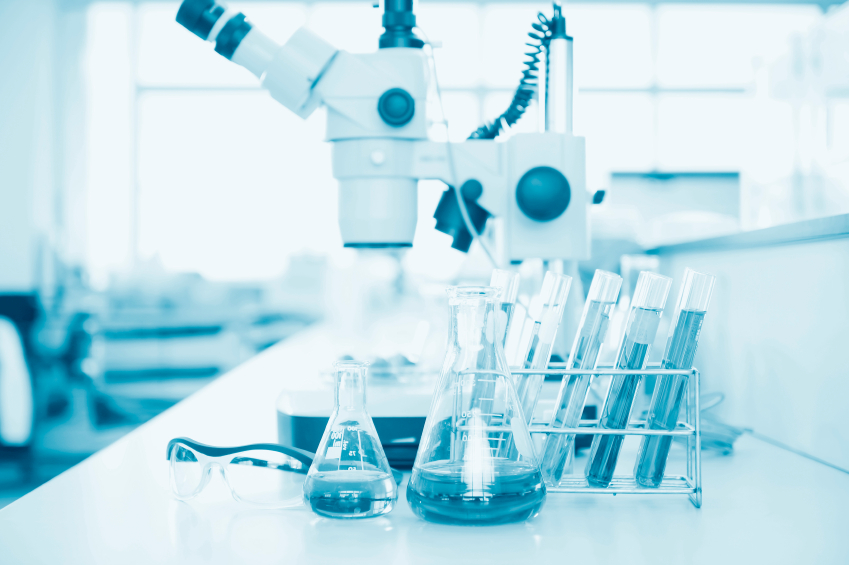 ANN ARBOR—Laboratory contaminants likely explain the results of a recent study claiming that complete genes can pass from foods we eat into our blood, according to a University of Michigan molecular biologist who re-examined data from the controversial research paper.

Richard Lusk said his findings highlight an underappreciated problem—contamination of laboratory samples—with one of the most popular and powerful new tools of the discipline: high-throughput sequencing, in which the exact sequences of billions of pieces of DNA are determined simultaneously.

Lusk said the technique has generated some extraordinary biological insights, as well as a few puzzling results, including a July 2013 paper in the journal PLOS ONE concluding that complete genes from some of the foods we eat—including tomatoes, soybeans, rice and corn—manage to survive digestion intact and make it into our bloodstream.

That online paper, by Sandor Spisak of Harvard Medical School and his colleagues, has received more than 53,000 page views and has been shared on social media more than 5,400 times. Lusk reanalyzed the experiments behind that claim and relates his findings in a paper scheduled for online publication Oct. 29 in the same journal, PLOS ONE.

“When I examined the original data from the paper claiming that genes pass from food to blood, I did find food DNAs,” said Lusk, a research fellow in the U-M Department of Ecology and Evolutionary Biology.

“But I also found much higher quantities of DNA from common skin microorganisms, suggesting that at least some of the DNA in the sample came from contaminants. Maybe the food DNA got there the same way.”

One of the microbes Lusk found, the bacterium P. acnes, is linked to the skin condition acne. Another, the fungus M. globosa, causes dandruff.

Though he did not investigate the possible sources of the contaminants he found, Lusk said that one scenario that could explain the presence of both the food and microbial DNAs is that various laboratory workers contaminated sample tubes after touching their faces, scratching their heads, and eating.
“But in this case, the scientists behind the study performed reasonable controls and took appropriate precautions against contamination,” Lusk said. “Could contamination really be the answer?”

Spisak and his colleagues argued that DNA from food made it into human blood plasma. Lusk reasoned that if he examined DNA from sources with no plausible connection to food and still managed to detect the signals of food DNA, “then those signals must necessarily derive from contamination.”

A reanalysis of data from the genetic sequencing of human tumor cells revealed the presence of genes from various foods, including wheat, soybeans and lettuce. In this image, the genetic sequences from various foods, and other sources, are represented by the rows of colored rectangles. Because the sequenced tumor cells should only carry human DNA, all of these food genes must derive from unintended contaminants, U-M molecular biologist Richard Lusk concluded. Image credit: Richard LuskSo he looked at archived genetic data from experiments that sequenced individual washed cells, including tumor cells and single sperm cells. In each case, the high-throughput sequencing process should have detected only the DNA found inside each cell.

Instead, he found that samples prepared from individual cells contained DNA from a wide variety of organisms, including human foods. And the types of foods varied from cell to cell, even when those cells came from the same source, such as a tumor.

“You take two cells from the same tumor sample and you can find soybean DNA in one and corn DNA in the other,” Lusk said. “This alternative DNA could not have gotten in there by any route other than contamination.”

In an e-mail, Spisak said: “We are pleased that other researchers have turned their attention toward this phenomenon and that our work was used as a source of their analyses…Depending on prior knowledge and expectations, the same data can be interpreted in various ways. But as always, only further carefully designed and performed experiments can bring new insights and advance our understanding concerning this interesting question.”

Lusk concluded that sample contamination could be behind other recent claims that relied on high-throughput sequencing, including a 2013 paper suggesting that complex life forms might inhabit the depths of Antarctica’s subglacial Lake Vostok.

“Ultimately, I concluded that not only is contamination pervasive in high-throughput sequencing, but it is also surprisingly complex, sometimes mimicking the signals we would intuitively expect from genuine, clean samples,” he said.

“High-throughput sequencing has rapidly become one of the most widely used tools in molecular biology, but it has also been behind a few head-scratching results. We need to recognize the limitations of this technology, and we should take some of these extraordinary claims with a grain of salt.”

Lusk’s work was supported by a postdoctoral fellowship from the National Institutes of Health.