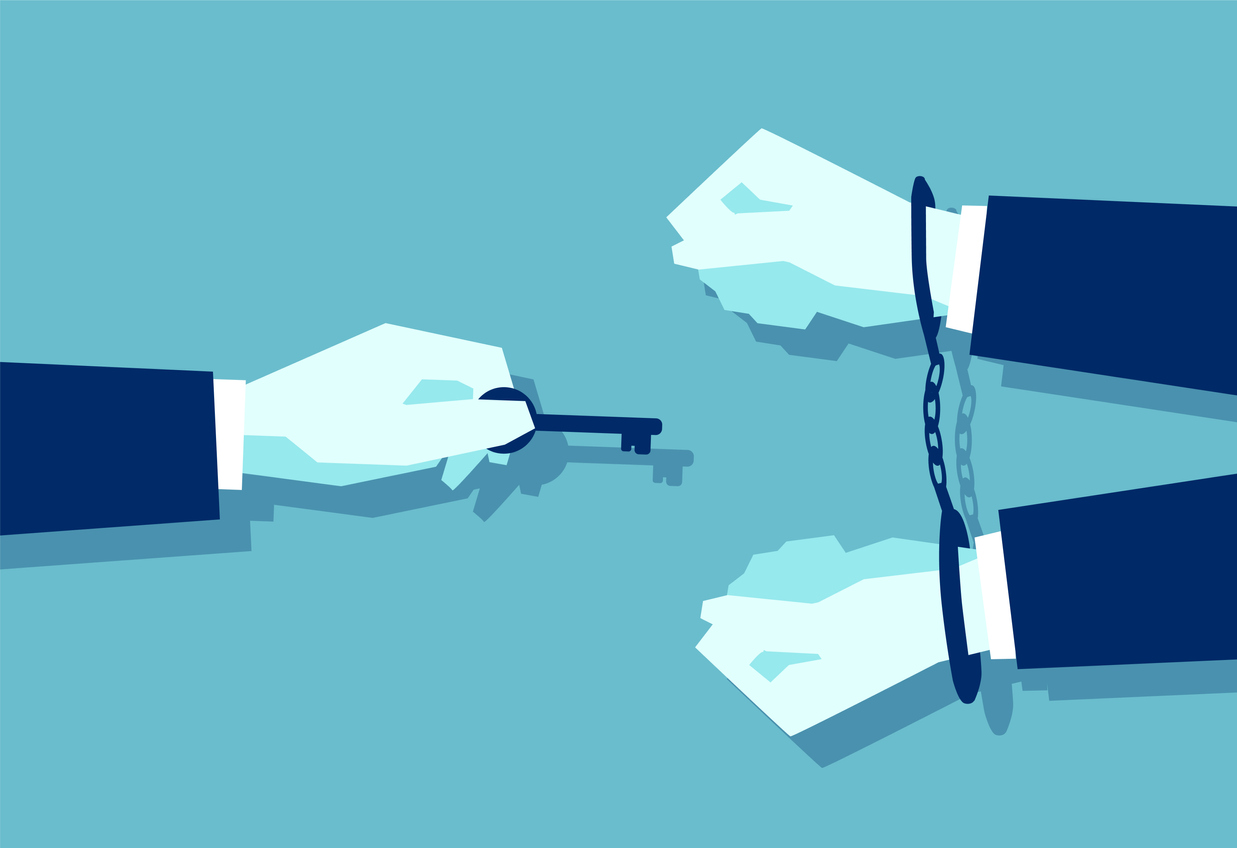 ANN ARBOR—To deal with unsafe health conditions in prisons and jails during the COVID-19 pandemic, officials are granting early parole releases to low-risk prisoners, or transferring them to home confinement.

So far, these efforts have mainly focused on those convicted of nonviolent crimes or those detained pretrial or on parole violations. But what about prisoners serving sentences for violent crimes? Can they, too, be considered for release or home transfers, or would this pose too much public safety risk?

A new University of Michigan study indicates that many such prisoners are actually at little risk of committing further crime—especially the older prisoners most at risk from COVID-19.

The researchers say this is a high-stakes question, because more than half of the inmates in state prisons—and more than two-thirds of those over age 55—are serving sentences for violent crimes. Older prisoners in particular are highly vulnerable to the spread of the coronavirus behind bars. The CDC has recommended social distancing, but it’s nearly impossible in crowded prisons and jails.

These prisoners should not be ignored by officials considering steps to respond to COVID-19, says U-M law professor J.J. Prescott.

“It has never been more important to understand whether the instinctive fear of violent recidivism that has long pervaded criminal justice policy is really grounded in fact,” said Prescott, who collaborated with U-M graduate student Benjamin Pyle and law professor Sonja Starr.

The researchers carried out their analysis this past fall and winter, and were in the process of finalizing the paper when the pandemic emerged.

“The current situation makes these issues literally life or death, but they were always important, because fear of violent crime drives criminal justice policy more broadly as well,” Starr said.

Many reforms seeking to reduce incarceration exclude violent offenders, but in practice, that means excluding most people who are behind bars.

The authors reviewed existing studies on recidivism and also provided a new analysis of longitudinal data from the National Corrections Reporting Program to better understand individuals convicted of violent crimes. The study assessed the relationship of recidivism rates with crime type as well as the released prisoners’ age and time served.

In the analysis of the data, recidivism is counted if the NCRP reports that the individual has been admitted to prison as a “new court commitment” and as having previously been observed in prison in the researchers’ sample.

Overall, the analysis showed that paroled violent criminals have lower overall recidivism rates relative to other released offenders. In other words, a vast majority of them are not dangerous, Prescott said.

The researchers found particularly low recidivism rates among released homicide offenders. However, those who are released after previous homicide convictions may be more likely to commit new homicides than otherwise comparable releasees, although probably not by as much as most would expect.

“Although recidivism rates are not zero, these potential harms must be weighed against the large costs of incarceration to those incarcerated, their families and communities, and the state,” the researchers wrote.

The findings will appear in the upcoming Notre Dame Law Review.