Cutting animal-based foods in US diet by half could prevent 1.6 billion tons of GHG emissions by 2030 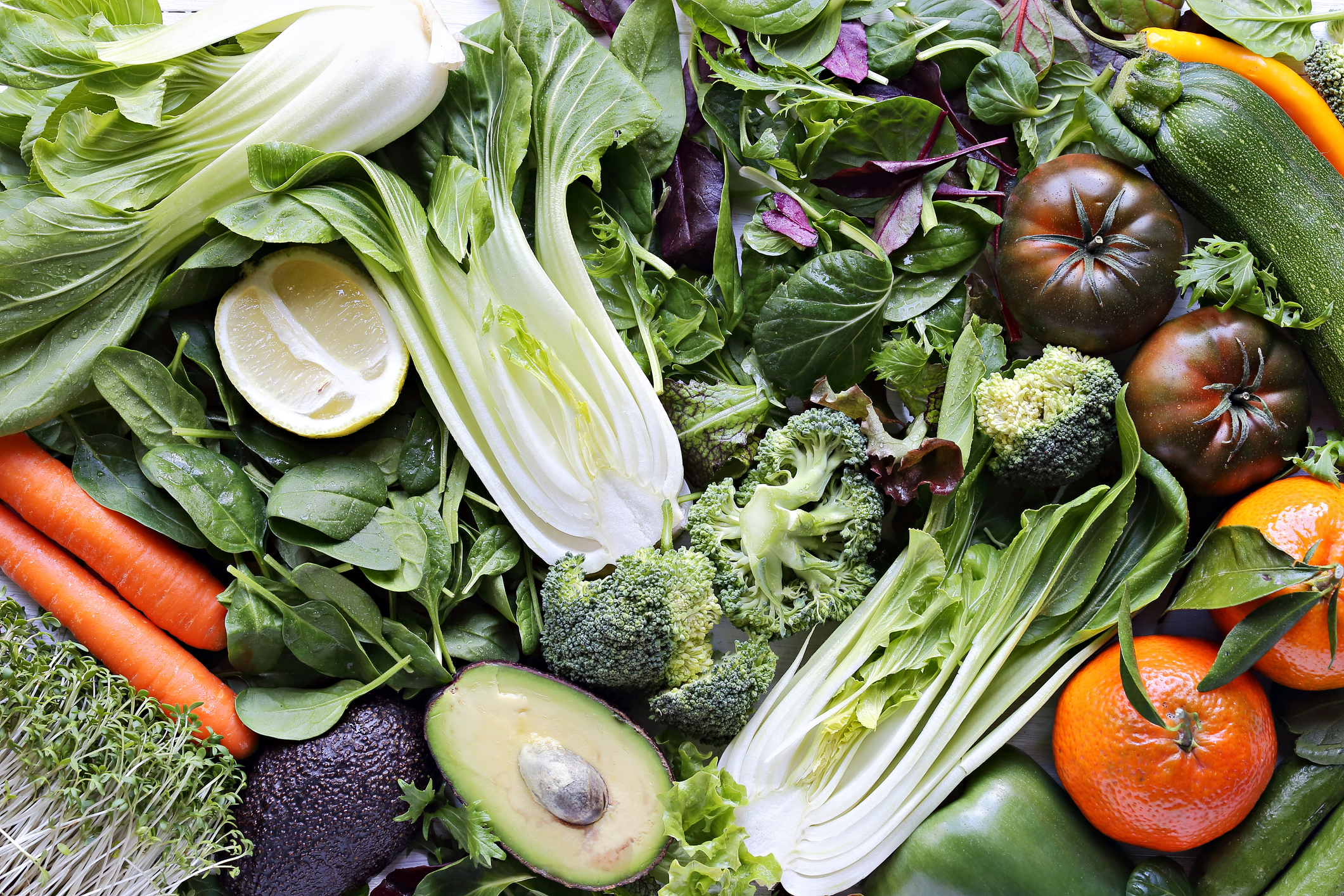 ANN ARBOR—Replacing half of all animal-based foods in the U.S. diet with plant-based alternatives could reduce climate-altering greenhouse gas emissions 1.6 billion metric tons by 2030, according to a new study by researchers at the University of Michigan and Tulane University.

The report, “Implications of Future U.S. Diet Scenarios on Greenhouse Gas Emissions,” was commissioned by the Center for Biological Diversity, a nonprofit conservation organization. 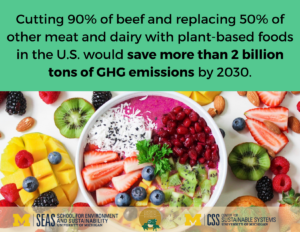 It found that replacing half of all animal-based foods (red meat, poultry, fish/seafood, eggs, dairy and animal-based fats) with plant-based alternatives would reduce U.S. diet-related emissions by 35%. Based on U.S. Census Bureau population projections, that would amount to a savings of 224 million metric tons per year in 2030.

A reduction of 224 million metric tons is equivalent to the annual emissions of 47.5 million passenger vehicles and represents 24% of the reduction needed for the United States to meet targets under the Paris climate agreement, according to the new study.

The target of a 50% reduction in animal-based foods assumes that the dietary shift would occur gradually between now and 2030, resulting in an estimated cumulative emissions reduction of 1.6 billion metric tons. 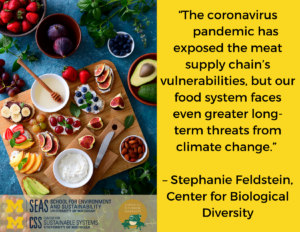 And if, in addition to cutting animal-based foods by half, U.S. consumers also reduced beef consumption by 90%, the emissions savings would be even greater, according to the study. Dietary emissions would be cut by 51%, resulting in a cumulative reduction of 2.4 billion metric tons of greenhouse gas emissions by 2030.

In the absence of dietary change, emissions associated with producing the food we eat are expected to increase 9% by 2030 due to population growth, said Martin Heller, lead author of the study and a research specialist at U-M’s Center for Sustainable Systems at the School for Environment and Sustainability.

“While a diet shift isn’t a silver bullet, it could play an important role in curbing climate change”

“While a diet shift isn’t a silver bullet, it could play an important role in curbing climate change,” he said.

Diet-related greenhouse gas emissions include carbon dioxide, methane and nitrous oxide, and are expressed in the study as carbon dioxide equivalents. 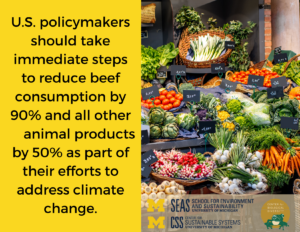 “This research shows that replacing only half of our animal-based food consumption with plant-based alternatives could account for nearly a quarter of the reductions necessary for the U.S. to meet a Paris Agreement target,” Heller said.

In November 2019, the Trump administration formally notified the United Nations that the U.S. is withdrawing from the Paris climate agreement.

The Intergovernmental Panel on Climate Change concluded in a 2018 report that in order to keep global temperatures from rising more than 1.5 degrees Celsius—a goal of the Paris climate agreement—countries would have to cut their anthropogenic carbon dioxide emissions to net zero by around 2050. To reach that goal, CO2 emissions will need to be on a path to fall by about 45% by around 2030.

In a 2019 report, the IPCC said that reducing greenhouse gas emissions from food production is a key to solving the climate crisis. Keeping global temperatures at safe levels will require significant changes to the way the world produces food and manages land—as well as consumer behavior, according to the U.N. intergovernmental body. 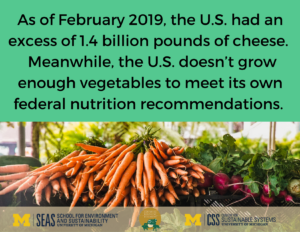 In general, animal-based foods are responsible for more greenhouse gas emissions per pound than plant-based foods. The production of beef cattle, in particular, is tied to especially high emissions levels.

Beef cattle must be fed for 18 months or more before they are harvested, and growing all that food is an energy-intensive process. In addition, cows burp lots of methane, and their manure can also release this potent greenhouse gas.

Along with the study released today, the Center for Biological Diversity also released a policy guide for decision-makers meant to advance the dietary shifts needed to meet U.S. emissions-reductions goals. 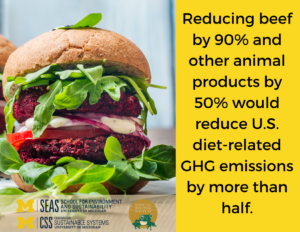 curbing the climate crisis,” said Stephanie Feldstein at the Center for Biological Diversity. “The coronavirus pandemic has exposed the meat supply chain’s vulnerabilities, but our food system faces even greater long-term threats from climate change. We desperately need policymakers to support sustainable diets and a resilient food system.”

The center’s policy guide, “Appetite for Change: A Policy Guide to Reducing Greenhouse Gas Emissions of U.S. Diets by 2030,” outlines key actions that can be taken at all levels of government. These include shifting procurement toward plant-based purchases, creating food policy councils, ending subsidies and bailouts that encourage overproduction of animal products, and incorporating sustainability into federal nutrition recommendations. The Trump administration is currently revising the Dietary Guidelines for Americans.

In addition to Heller, the authors of the new study are Greg Keoleian of the U-M Center for Sustainable Systems and Diego Rose of Tulane University.