Hundreds of scientists, including U-M researchers, contributed to the work 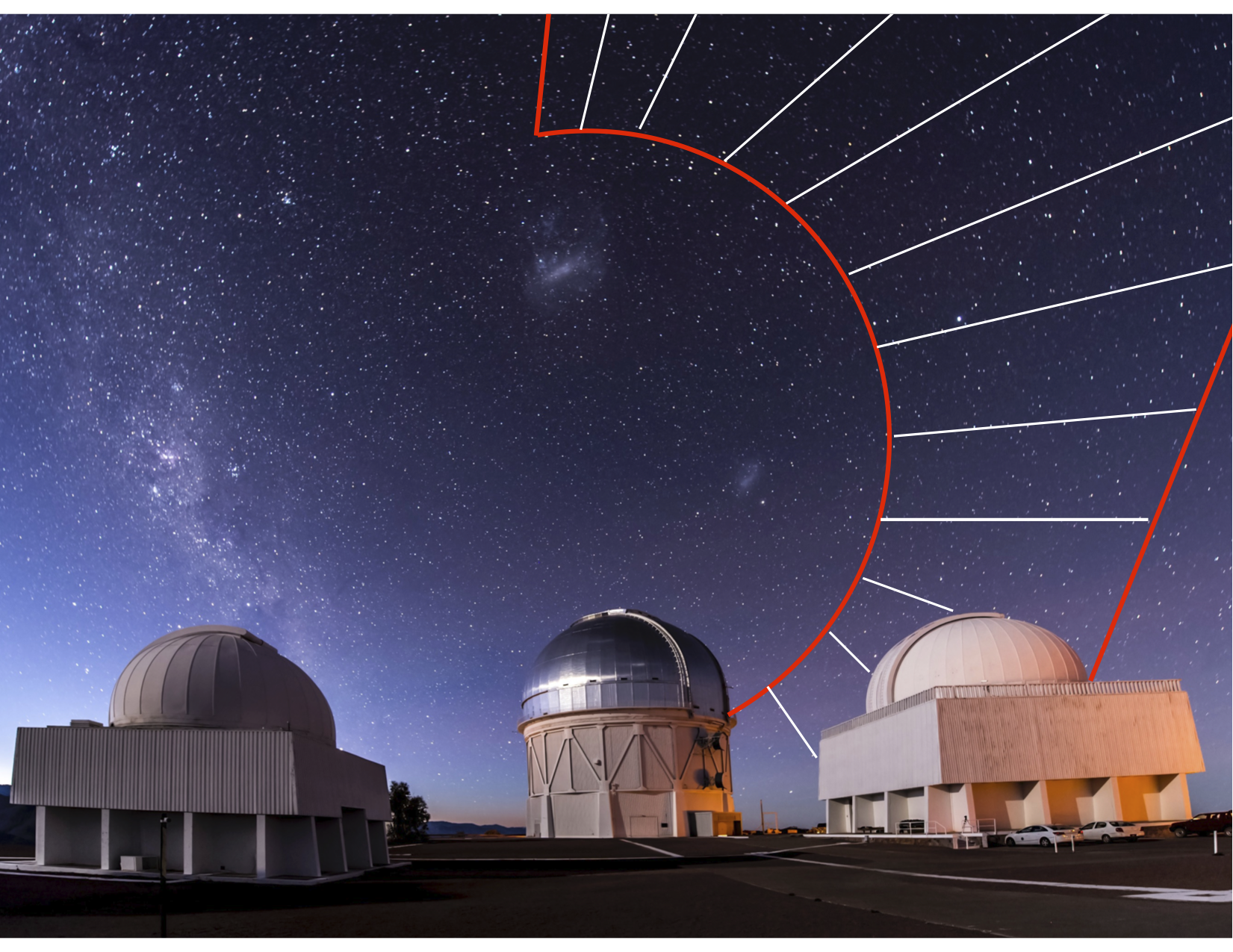 New results from the Dark Energy Survey use the largest ever sample of galaxies over an enormous piece of the sky to produce the most precise measurements of the universe’s composition and growth to date.

The analysis, which includes the first three years of data from the survey, is consistent with predictions from the current best model of the universe, the standard cosmological model. Nevertheless, there remain hints from DES and other experiments that matter in the present-day universe is less clumpy, or forms less structure, than predicted.

The DES collaboration consists of more than 400 scientists from 25 institutions in seven countries, including a host of faculty, postdoctoral researchers and students from the University of Michigan. U-M cosmologist Dragan Huterer co-led the DES working group in charge of connecting data to theory and producing key constraints on the properties of dark matter and dark energy.

“New results from the Dark Energy Survey provide unprecedented constraints on the evolution of cosmic structure over the past 7 billion years,” he said. “They answer old questions and raise new ones about how the universe went from being dominated by dark matter to starting a new phase of accelerated expansion powered by a mysterious component called dark energy.

“The new science release, captured in 29 cross-cutting papers describing the multiprobe methodology and its application, is a milestone in the field of cosmology. The combined results from the distribution of galaxies and its evolution over cosmic time dramatically improve our knowledge of the universe.”

Over the course of six years, DES surveyed 5,000 square degrees—almost one-eighth of the entire sky—in 758 nights of observation, cataloguing hundreds of millions of objects. The results announced today draw on data from the first three years—226 million galaxies observed over 345 nights—to create the largest and most precise maps yet of the distribution of galaxies in the universe at relatively recent epochs.

Since DES studied nearby galaxies as well as those billions of light-years away, its maps provide both a snapshot of the current large-scale structure of the universe and a movie of how that structure has evolved over the course of the past 7 billion years.

Ordinary matter makes up only about 5% of the universe. Dark energy, which cosmologists hypothesize drives the accelerating expansion of the universe by counteracting the force of gravity, accounts for about 70%. The last 25% is dark matter, whose gravitational influence binds galaxies together. Both dark matter and dark energy remain invisible and mysterious, but DES seeks to illuminate their natures by studying how the competition between them shapes the large-scale structure of the universe over cosmic time.

To test cosmologists’ current model of the universe, DES scientists compared their results with measurements from the European Space Agency’s orbiting Planck observatory. Planck used light signals known as the cosmic microwave background to peer back to the early universe, just 400,000 years after the Big Bang. The Planck data give a precise view of the universe 13 billion years ago, and the standard cosmological model predicts how dark matter should evolve to the present. If DES’s observations don’t match this prediction, there is possibly an undiscovered aspect to the universe.

While there have been persistent hints from DES and several previous galaxy surveys that the current universe is a few percent less clumpy than predicted—an intriguing find worthy of further investigation—the recently released results are consistent with the prediction. 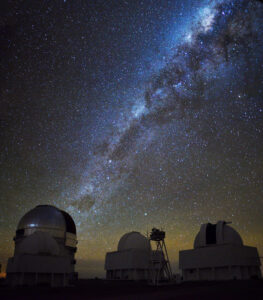 DES photographed the night sky using the 570-megapixel Dark Energy Camera on the Victor M. Blanco 4-meter Telescope at the Cerro Tololo Inter-American Observatory in Chile, a program of the National Science Foundation’s NOIRLab. One of the most powerful digital cameras in the world, the Dark Energy Camera was designed specifically for DES and built and tested at Fermilab. The DES data were processed at the National Center for Supercomputing Applications at the University of Illinois.

To quantify the distribution of dark matter and the effect of dark energy, DES relied on two main phenomena. First, on large scales, galaxies are not distributed randomly throughout space but rather form a weblike structure due to the gravity of dark matter. DES measured how this cosmic web has evolved over the history of the universe. The galaxy clustering that forms the cosmic web, in turn, revealed regions with a higher density of dark matter.

Second, DES detected the signature of dark matter through weak gravitational lensing. As light from a distant galaxy travels through space, the gravity of both ordinary and dark matter can bend it, resulting in a distorted image of the galaxy as seen from Earth. By studying how the apparent shapes of distant galaxies are aligned with each other and with the positions of nearby galaxies along the line of sight, DES scientists inferred the spatial distribution (or clumpiness) of the dark matter in the universe.

U-M cosmologists played an important role in all aspects of the Dark Energy Survey. More than a decade ago, physicist Gregory Tarlé’s team helped build parts of the camera, while in the intervening years professors Gus Evrard, Chris Miller and Tim McKay and their students and postdocs led the analysis of galaxy clusters, the largest gravitationally stable objects in the universe.

Physicist David Gerdes led an effort to discover hundreds of distant solar system objects, including a new dwarf planet, in the DES data, while professor Marcelle Soares-Santos field-tested the telescope in its early phase and then used the survey’s data to find galactic homes of black holes and neutron stars whose mergers were detected via gravitational waves.

DES concluded observations of the night sky in 2019. With the experience of analyzing the first half of the data, the team is now prepared to handle the complete dataset. The final DES analysis is expected to paint an even more precise picture of the dark matter and dark energy in the universe. And the methods developed by the team have paved the way for future sky surveys to probe the mysteries of the cosmos.

“The collaboration is remarkably young. It’s tilted strongly in the direction of postdocs and graduate students who are doing a huge amount of this work,” said DES director and spokesperson Rich Kron, who is a Fermilab and University of Chicago scientist. “That’s really gratifying. A new generation of cosmologists are being trained using the Dark Energy Survey.”

The recent DES results will be presented in a scientific seminar May 27. Twenty-nine papers will be available on the arXiv online repository.