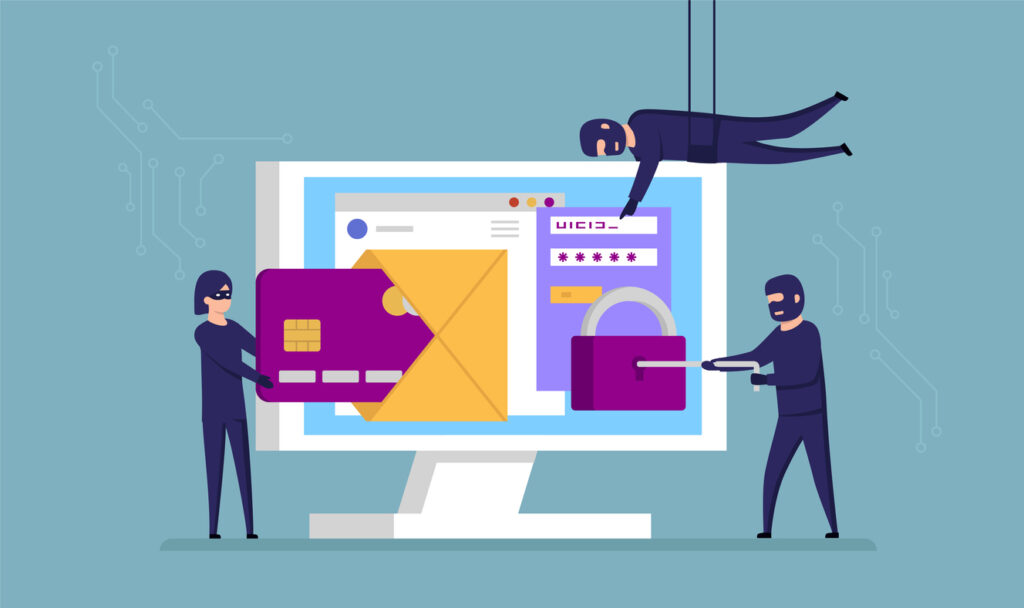 It’s been nine years since the LinkedIn data breach, eight years since Adobe customers were victims of cyber attackers and four years since Equifax made headlines for the exposure of private information of millions of people.

The number of data breaches and victims has multiplied rapidly over the past decade or so, but aside from these well-publicized cases, most participants in a recent University of Michigan study remained unaware that their email addresses and other personal information had been compromised in five data breaches on average.

In the first known study to ask participants about actual data breaches that impacted them, researchers from the U-M School of Information showed 413 people facts from up to three breaches that involved their own personal information. The international team from U-M, George Washington University and Karlsruhe Institute of Technology found people were not aware of 74% of the breaches.

“This is concerning. If people don’t know that their information was exposed in a breach, they cannot protect themselves properly against a breach’s implications, e.g., an increased risk of identity theft,” said Yixin Zou, U-M doctoral candidate.

The researchers also found that most of those breached blamed their own personal behaviors for the events—using the same password across multiple accounts, keeping the same email for a long time and signing up for “sketchy” accounts—with only 14% attributing the problem to external factors.

“While there’s some responsibility on consumers to be careful about who they share their personal information with, the fault for breaches almost always lies with insufficient security practices by the affected company, not by the victims of the breach,” said Adam Aviv, associate professor of computer science at George Washington University.

The Have I Been Pwned database used in this study lists nearly 500 online breaches and 10 million compromised accounts over the last decade. According to the Identity Theft Resource Center, the overall number of data breaches affecting U.S. consumers is even higher, reporting more than 1,108 breaches in the United States in 2020 alone.

Prior research asked about concerns and reactions to data breaches in general, or it relied on self-reported data to determine how a particular incident impacted people. This study used public records in the Have I Been Pwned dataset of who was affected by breaches. The research team gathered 792 responses involving 189 unique breaches and 66 different exposed data types. Of the 431 participant email addresses queried, 73% of participants were exposed in one or more breaches, with the highest number of 20.

Of all information that was breached, email addresses were compromised the most, followed by passwords, usernames, IP addresses and dates of birth.

Most participants expressed moderate concern and were most worried about the leak of physical addresses, passwords and phone numbers. In response to their compromised accounts, they reported taking action or an intention to change passwords for 50% of the breaches.

“It could be that some of the breached services were considered ‘not important’ because the breached account did not contain sensitive information. However, low concern about a breach may also be explained by people not fully considering or being aware of how leaked personal information could potentially be misused and harm them,” said Peter Mayer, postdoctoral researcher at Karlsruhe Institute of Technology.

Risks range from credential stuffing—or using a leaked email address and password to gain access to other accounts of the victim—to identity theft and fraud.

Most of the breaches never made the news, and often they involved little or no notification to those impacted.

At the end of the study, researchers showed participants the full list of breaches affecting them and provided information for taking protective steps against potential risks from data breaches.

“The findings from this study further underline the failure and shortcomings of current data and security breach notification laws,” said Florian Schaub, U-M assistant professor of information. “What we find again and again in our work is that important legislation and regulation, which is meant to protect consumers, is rendered ineffective in practice by poor communication efforts by the affected companies that need to be held more accountable for securing customer data.”

The researchers point to Europe’s General Data Protection Regulation that legislates hefty fines for companies that don’t protect consumers as a means toward solving the issue. The law led companies worldwide to retool their privacy programs and safeguards.