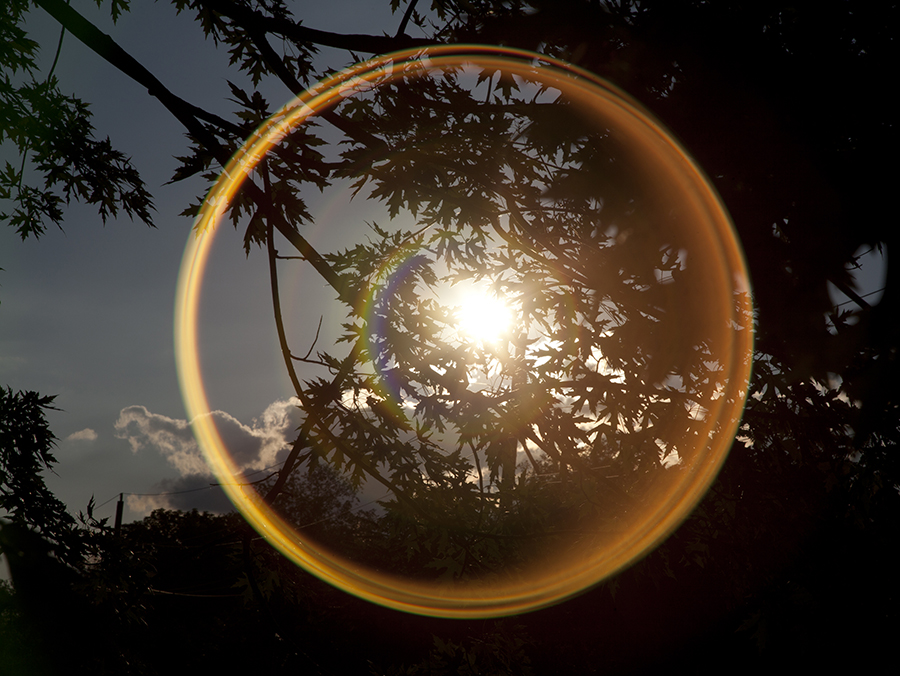 Image credit: Marcin SzczepanskiANN ARBOR—Biophysics researchers at the University of Michigan have used short pulses of light to peer into the mechanics of photosynthesis and illuminate the role that molecule vibrations play in the energy conversion process that powers life on our planet.

The findings could potentially help engineers make more efficient solar cells and energy storage systems. They also inject new evidence into an ongoing “quantum biology” debate over exactly how photosynthesis manages to be so efficient.

Through photosynthesis, plants and some bacteria turn sunlight, water and carbon dioxide into food for themselves and oxygen for animals to breathe. It’s perhaps the most important biochemical process on Earth and scientists don’t yet fully understand how it works.

The U-M findings identify specific molecular vibrations that help enable charge separation – the process of kicking electrons free from atoms in the initial steps of photosynthesis that ultimately converts solar energy into chemical energy for plants to grow and thrive.

“Both biological and artificial photosynthetic systems take absorbed light and convert it to charge separation. In the case of natural photosynthesis, that charge separation leads to biochemical energy. In artificial systems, we want to take that charge separation and use it to generate electricity or some other useable energy source such as biofuels,” said Jennifer Ogilvie, an associate professor of physics and biophysics at the University of Michigan and lead author of a paper on the findings that will be published July 13 in Nature Chemistry.

It takes about one-third of a second to blink your eye. Charge separation happens in roughly one-hundredth of a billionth of that amount of time. Ogilvie and her research group developed an ultrafast laser pulse experiment that can match the speed of these reactions. By using carefully timed sequences of ultrashort laser pulses, Ogilvie and coworkers were able to initiate photosynthesis and then take snapshots of the process in real time. 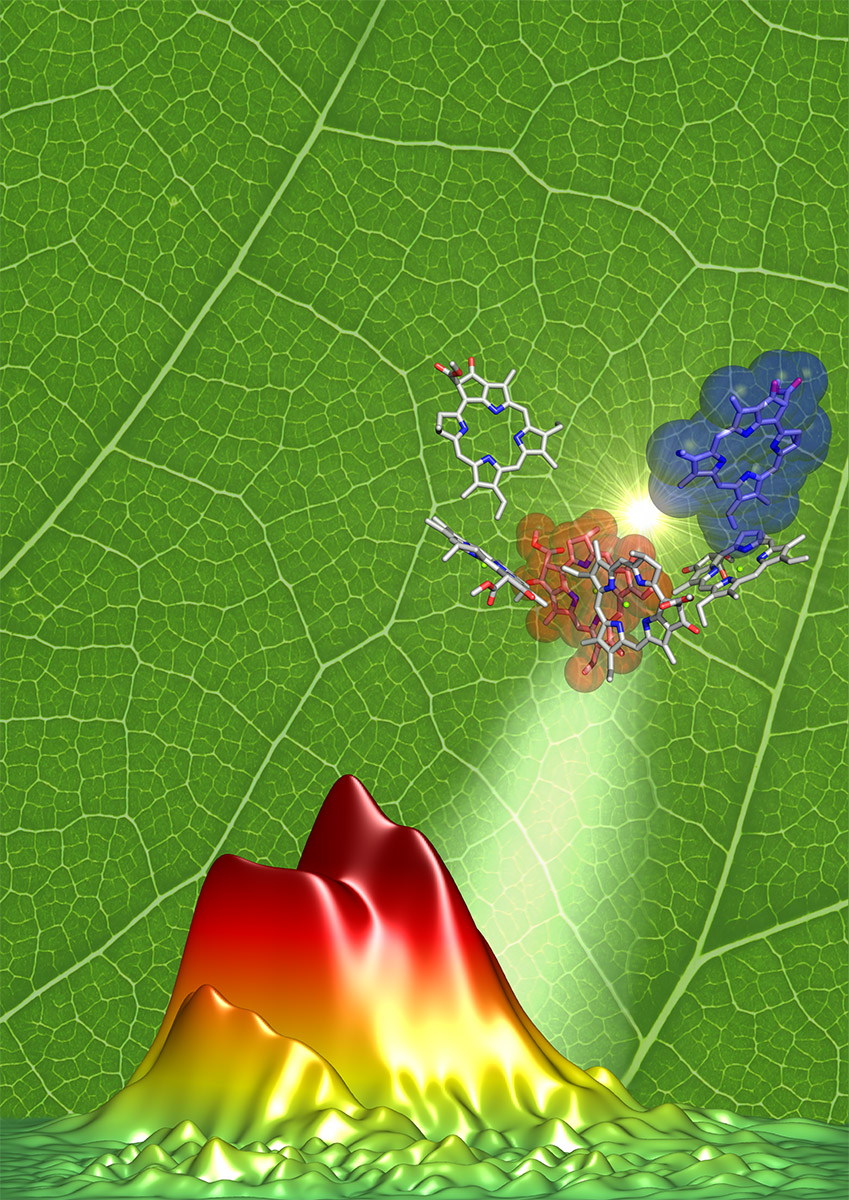 Sunlight illuminates the photosystem II reaction center, initiating the primary events of oxygenic photosynthesis on an ultrafast timescale. The background shows a Redbud tree leaf in Ann Arbor, Michigan, where multidimensional spectroscopy experiments have revealed key vibrational motions driving photosynthetic charge separation. Foreground shows the recorded spectroscopic signatures identifying the key vibrations. Image credit: Jennifer OgilvieThe researchers worked with Charles Yocum, U-M professor emeritus in the Department of Molecular, Cellular and Developmental Biology and the Department of Chemistry, both in the College of Literature, Science, and the Arts to extract what’s called the photosystem II reaction centers from the leaves. Located in the chloroplasts of plant cells, photosystem II is the group of proteins and pigments that does the photosynthetic heavy lifting. It’s also the only known natural enzyme that uses solar energy to split water into hydrogen and oxygen.

To get a sample, the researchers bought a bag of spinach leaves from a grocery store. “We removed the stems and veins, put it in the blender and then performed several extraction steps to gently remove the protein complexes from the membrane while keeping them intact.

“This particular system is of great interest to people because the charge separation process happens extremely efficiently,” she said. “In artificial materials, we have lots of great light absorbers and systems that can create charge separation, but it’s hard to maintain that separation long enough to extract it to do useful work. In the photosystem II reaction center, that problem is nicely solved.”

The researchers used their unique spectroscopic approach to excite the photosystem II complexes and examine the signals that were produced. In this way, they gained insights about the pathways that energy and charge take in the leaves.

“We can carefully track what’s happening,” Ogilvie said. “We can look at where the energy is transferring and when the charge separation has occurred.”

The spectroscopic signals they recorded contained long-lasting echoes, of sorts, that revealed specific vibrational motions that occurred during charge separation.

“What we’ve found is that when the gaps in energy level are close to vibrational frequencies, you can have enhanced charge separation,” Ogilvie said. “It’s a bit like a bucket-brigade: how much water you transport down the line of people depends on each person getting the right timing and the right motion to maximize the throughput. Our experiments have told us about the important timing and motions that are used to separate charge in the photosystem II reaction center.”

She envisions using this information to reverse engineer the process – to design materials that have appropriate vibrational and electronic structure to mimic this highly efficient charge separation process.

The paper is titled “Vibronic Coherence in Oxygenic Photosynthesis,” scheduled for publication online on July 13 in Nature Chemistry. Other co-authors are from Vilnius University and the Center for Physical Sciences and Technology, both in Vilnius, Lithuania. The work is funded by the U.S. Department of Energy, the National Science Foundation and the U-M Center for Solar and Thermal Energy Conversion, as well as the Research Council of Lithuania.