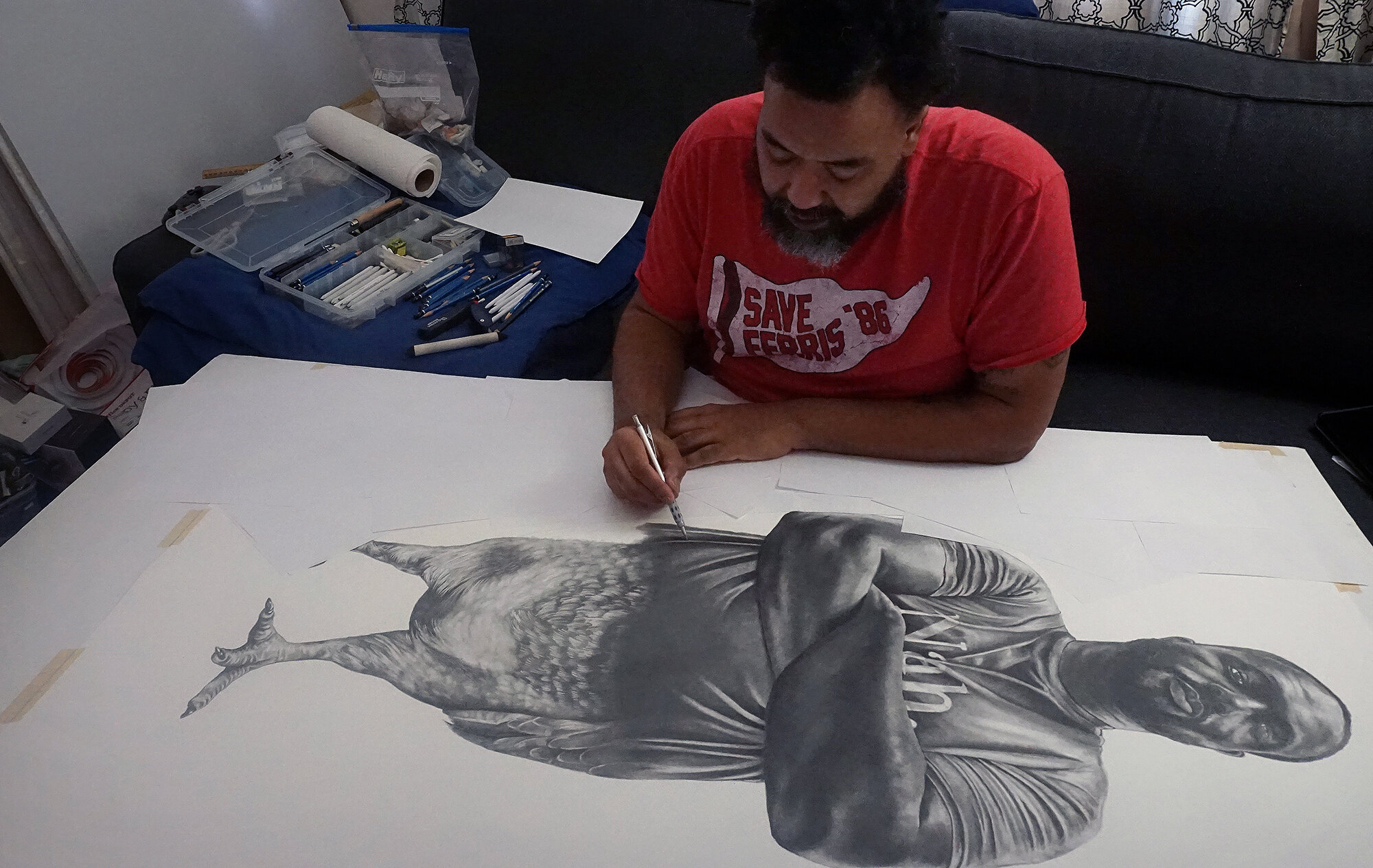 Rashaun Rucker (pictured) is a Detroit-based multidisciplinary artist who will present new sculptural installations alongside selected works from his praised “American Ornithology” series as part of a new exhibition at the University of Michigan Institute for the Humanities Gallery. Image courtesy: The artist.

The definition of “pigeonhole” is “to assign to a particular category or class, especially in a manner that is too rigid or exclusive.”

It’s a concept that Rashaun Rucker, a Detroit-based award-winning photographer and multidisciplinary artist explores in “Never Free To Rest,” a new exhibition on view until Oct. 15 at the University of Michigan’s Institute for the Humanities Gallery.

As part of his residency at the institute, Rucker will also present as part of the Penny Stamps Speaker Series, which will take place virtually Sept. 30 at 8 p.m.

In the exhibition, Rucker compares the life and origins of the rock pigeon to the stereotypes and myths of the constructed identities of Black men in the U.S.

“Pigeons are similar to how many people see Black men in society: individuals that populate urban landscapes and live off assistance and are viewed as vermin by some,” he wrote in his artist statement.

“Europeans brought pigeons to North America in the 1600s, around the same time as the inception of the transatlantic slave trade in the U.S. Much like the pigeons, Black people were taken from their place of foundation and assigned a station in society within the colonized Western Hemisphere.”

As source material for his hybrid half man-half pigeon portraits featured in “Never Free to Rest,” Rucker utilizes images of men he knows and photographs of men incarcerated in U.S. prisons.

“I was influenced by the inescapable thoughts and words of friends lost: those who were incarcerated, those who believed there was no way out—that they had been permanently assigned to the bottom of America’s caste system even though their talents were immense and so often appropriated,” Rucker said. “It is my hope that the work provides an incubator for intergenerational conversations between Black men and boys, giving them a safe space to discuss these ongoing issues among themselves.”

Representing the last works in his highly praised “American Ornithology” series, there are four new drawings as well as two inaugural sculptural works that Rucker designed and fabricated as part of his residency.

“Rashaun Rucker’s work uses the rock pigeon as a metaphor for the systemic debasement, mistreatment and conditioning of Black men in America,” said Amanda Krugliak, curator and director of the Institute for the Humanities Gallery.

“And at a time when Black artists and their works are in high demand, the project leads to hard questions—how can white institutions, curators, galleries and collectors act responsibly beyond words and good intentions? How do we break the cycle of appropriation and commodification? How do we abolish the long held practice of ventriloquism?”