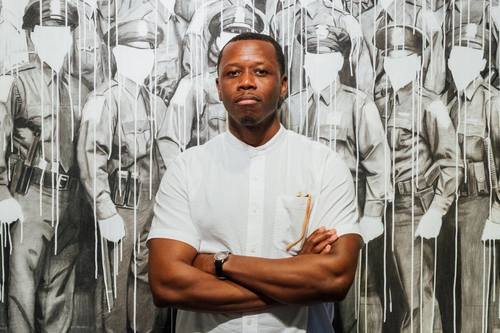 The project is part of Sawyer’s residency at the Institute for the Humanities, which will include an exhibition of new and existing work as well as a series of student engagement opportunities.

Watson, who was admitted to U-M in 1853 and attended until 1857, went on to become one of the first African Americans to receive a Doctor of Medicine from Cleveland Medical College. In 1867, he was Detroit’s richest black property owner and would eventually become its first African American elected city officer. According to the website Michigan’s Story: The History of Race at U-M, Watson passed as white while attending U-M.

Sawyer will work with the students to paint the mural over the course of two weekends in October inside the U-M Modern Languages Building, with completion scheduled for Oct. 19. A related exhibition, “WHITE HISTORY MONTH VOL. 1” runs Nov. 18-Dec. 19 at the Institute for the Humanities Gallery.

Sawyer is an American figurative artist, educator and curator living and working in Detroit. His work centers around themes of identity—both individual and collective—politics, race, history and pop culture. 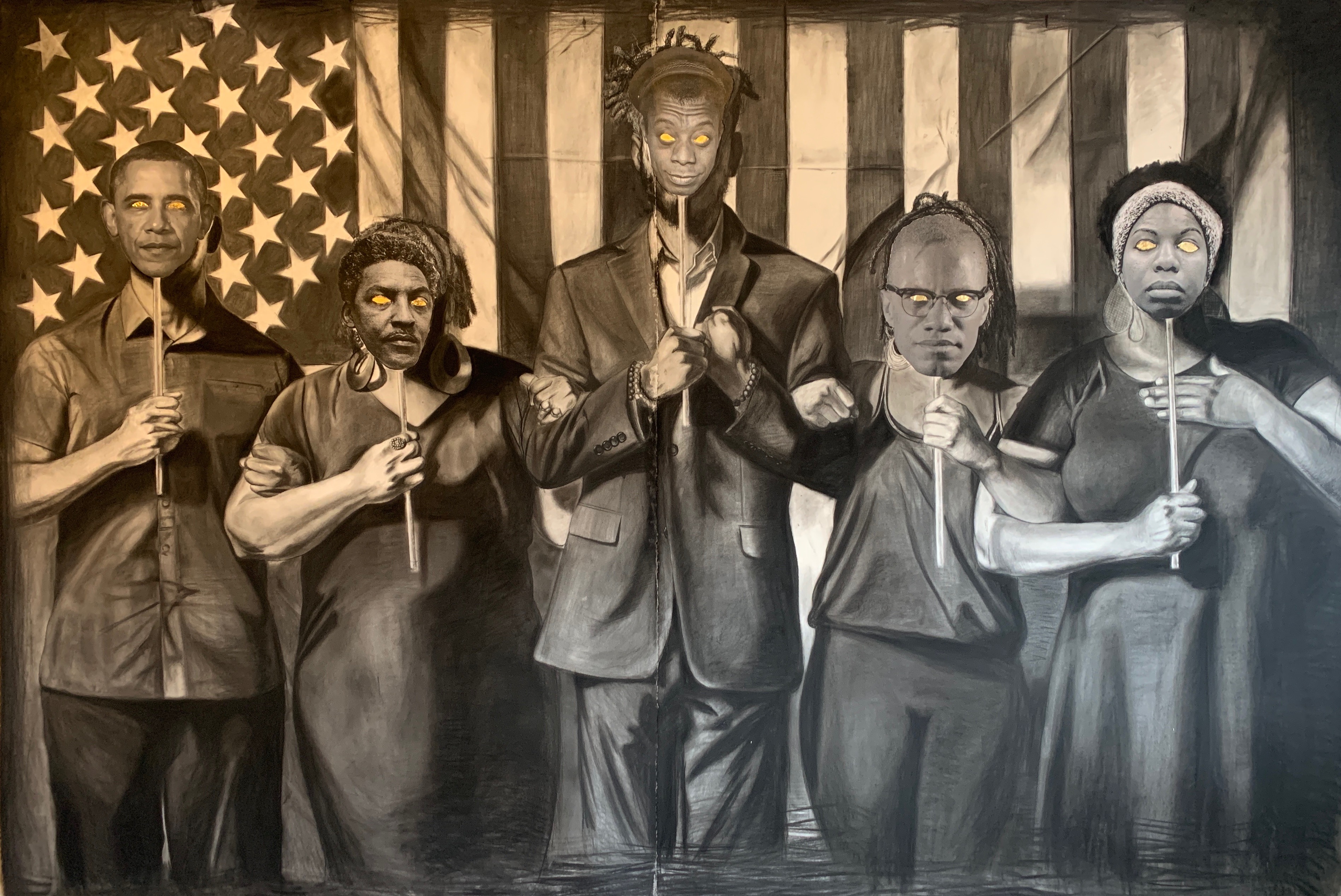 “Maybe what is most compelling is Sawyer’s clear commitment not only to his practice as a visual artist, but to his role as a mentor, a teacher,” said Amanda Krugliak, curator at the Institute for the Humanities. “His engagement with young people in Detroit—his long-standing role as an educator there—sets him apart as an artist. He is an activist, rooted and invested, directly impacting his community’s present and future.”

Sawyer explains that his work “mines symbols of power and oppression from the historical strata of western art, exposing some truths while covering others to gain a clearer picture of concepts that have shaped our contemporary society.” For “WHITE HISTORY MONTH, VOL. 1,” Sawyer says he was inspired by current trends to redact post-Civil War Confederate monuments from the American landscape.

An opening reception and conversation with Sawyer and Krugliak will take place at 5:30 p.m.,Thursday, Nov. 21, at the Institute for the Humanities Gallery, located at 202 S. Thayer St. in Ann Arbor. The gallery is free and open to the public 9 a.m.-5 p.m. weekdays.