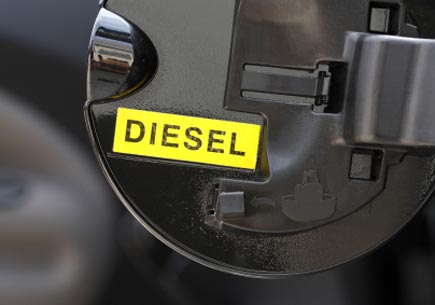 ANN ARBOR—Drivers of diesel vehicles can save thousands of dollars in total ownership costs compared to similar gasoline vehicles, according to a University of Michigan Transportation Research Institute study.

“The estimates of savings for three and five years of ownership vary from a low of $67 in three years to a high of $15,619 in five years, but most of the savings are in the $2,000-to-$6,000 range, which also include the extra cost that is usually added to the diesel version of a vehicle,” said UMTRI researcher Bruce Belzowski. “Though there are some exceptions, the overall direction of the results supports the idea that diesel vehicles compete well within the U.S. market.

“In particular, the idea that one can get a return on one’s initial higher investment in a diesel vehicle within three years is a very positive sign, considering that new vehicle buyers tend to keep their new vehicles for an average of three to five years.”

Belzowski and UMTRI colleague Paul E. Green reviewed the role clean diesel vehicles play in the current vehicle fleet by analyzing the total cost of ownership of diesels and comparing it to that of their gas vehicle counterparts.

Despite the advantages, Belzowski and Green say that diesels face continuing challenges to gain a larger foothold in the U.S.

“Some of these include the potential increase in the cost of diesel fuel compared to gasoline and the resulting need for diesels to proportionally improve their fuel economy to maintain a total-cost-of-ownership advantage,” Belzowski said. “This is particularly important because both gasoline and diesel-powered vehicles must improve their fuel economy as required by Corporate Average Fuel Economy regulations for 2016 and 2025.

“As the market for diesels increases as more diesel-powered vehicles are introduced into the market—diesel variants of the Chevrolet Cruze, Jeep Grand Cherokee, Ram 1500 and Ram ProMaster have recently been announced—the premium that diesels carry in the marketplace today may decrease through the sheer number of competing models. But the increased number of diesel models in the fleet may also bring down the price of diesel-powered vehicles, providing consumers with both price and fuel savings.”