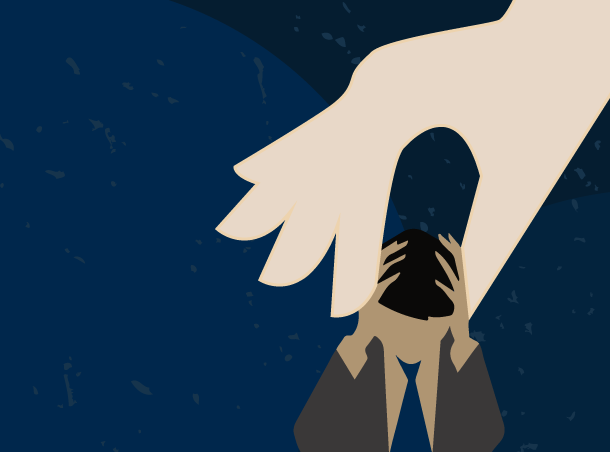 ANN ARBOR—Acts of discrimination against Arab-Americans are associated with psychological stress, with an impact 4-5 times larger for men than women, a University of Michigan researcher has found.

The findings result from responses gathered two years after the 9-11 terror attacks, but Shervin Assari of the U-M School of Public Health Center for Research on Ethnicity, Culture and Health, and the Department of Psychiatry, said the association likely fits with the current climate of immigration bans and rhetoric targeted at this population.

“At that time, the major source of stress was 9-11 and systematic blaming of Muslims for such terrorist attacks. Now, after several years, the case is the same and only the source of stigma is changed,” Assari said.

Assari used data from the Detroit Arab-American Study of 2003, which included responses from 337 male and 385 female Arab-Americans living in Michigan.
Respondents were asked if they had experienced verbal insults or abuse, threatening words or gestures, physical attack, vandalism or destruction of property, or loss of employment, due to race, ethnicity or religion.

Previous research involving African-Americans has shown that being a victim of discrimination is psychologically damaging to both genders, but also more to men than women.

Assari’s team also found previously that stress has a stronger effect on future risk of depression in men compared to women.

“All these suggest that men are not very well equipped to respond to stress, including discrimination,” Assari said.

He said the impact likely is more profound in Arab-American men because, in line with their culture, they assume more dominant roles in their households. Men make most of the family decisions, are the chief breadwinners and are more involved with society, he said. They also internalize emotional problems and most often don’t seek help for them.

“In animal models, the physiological costs of psychological trauma and stress is shown to be highest in alpha males, who are used to the highest social ranking but are not used to and do not expect to become victims of trauma and psychological stress,” Assari said.