Dishonesty is aggressively punished in the world of paper wasps 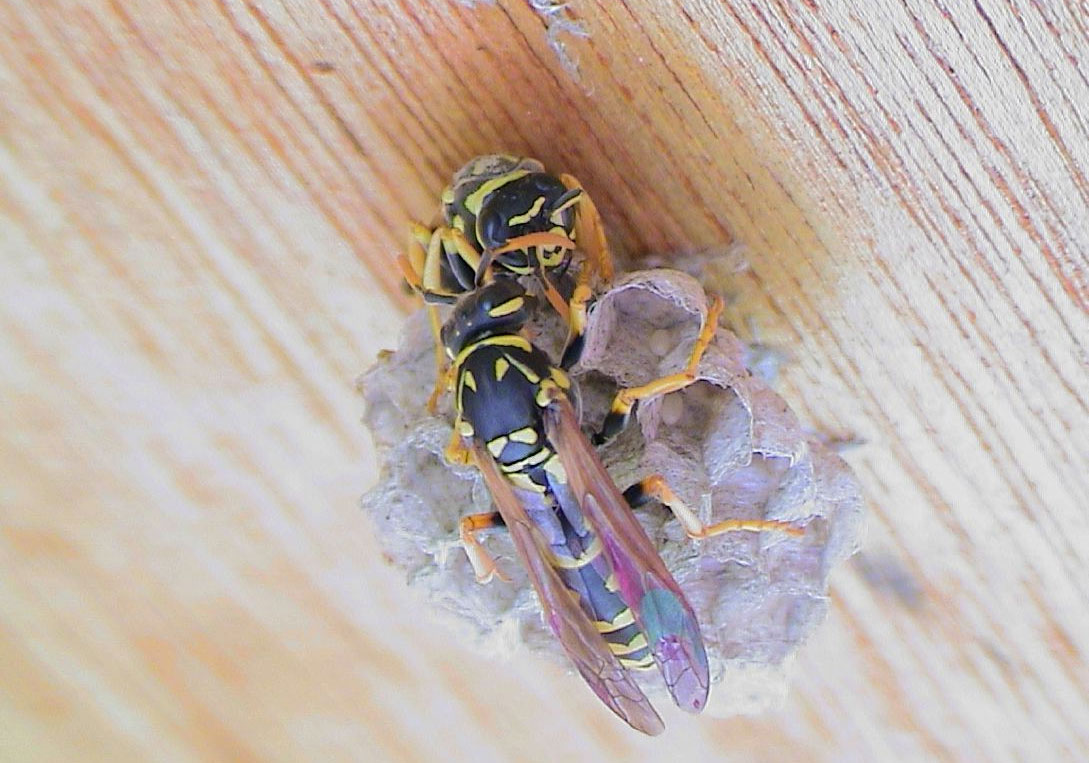 Two female paper wasps fighting. In laboratory experiments, bouts between rival females were videotaped, and aggression was scored based on the number of mounts, bites, grapples and stings observed. Photo courtesy of Elizabeth Tibbetts.ANN ARBOR—Is honesty really the best policy? Isn’t it more beneficial to cheat, if you can get away with it?

A study from the insect world provides a new perspective on honest communication by showing that paper wasps that send dishonest signals are aggressively punished, and the drubbing can have long-term impacts.

“Why don’t animals cheat by signaling that they are strong when they are actually weak? In paper wasps, we found that inaccurate signaling produces a cascade of costly social and physiological effects,” said University of Michigan evolutionary biologist Elizabeth Tibbetts.

Tibbetts is first author of a paper on the topic published online July 4 in Proceedings of the National Academy of Sciences. The authors propose that interactions between behavioral and physiological costs of dishonesty could play an important role in maintaining honest communication over evolutionary time.

Tibbetts and her colleagues set up bouts between pairs of female Polistes dominulus paper wasps to test how signals contained in wasp facial patterns influence social interactions and hormone levels—both in the signalers and in the wasps that interact with them.

Paper wasp queens were collected from various locations around Ann Arbor during the spring nest-founding period, a time of intense conflict between queens competing to establish nests.

Each female wasp was paired with a similarly sized rival for two-hour videotaped bouts in a small Plexiglas box. One wasp in each pair remained unaltered, while the other wasp—known as the bluffer—was painted so its facial patterns signaled inaccurately high fighting ability.

Wasp pairs were then allowed to duke it out. Later, aggression in the bouts was scored based on the number of mounts, bites, grapples and stings observed.

After the bouts, the wasps were bled for analysis of their juvenile hormone levels. Juvenile hormone, or JH, is an invertebrate hormone that has strong functional parallels to androgens, the male sex hormones in vertebrates. In paper wasps, high levels of JH are linked to dominance, aggression and increased fertility. 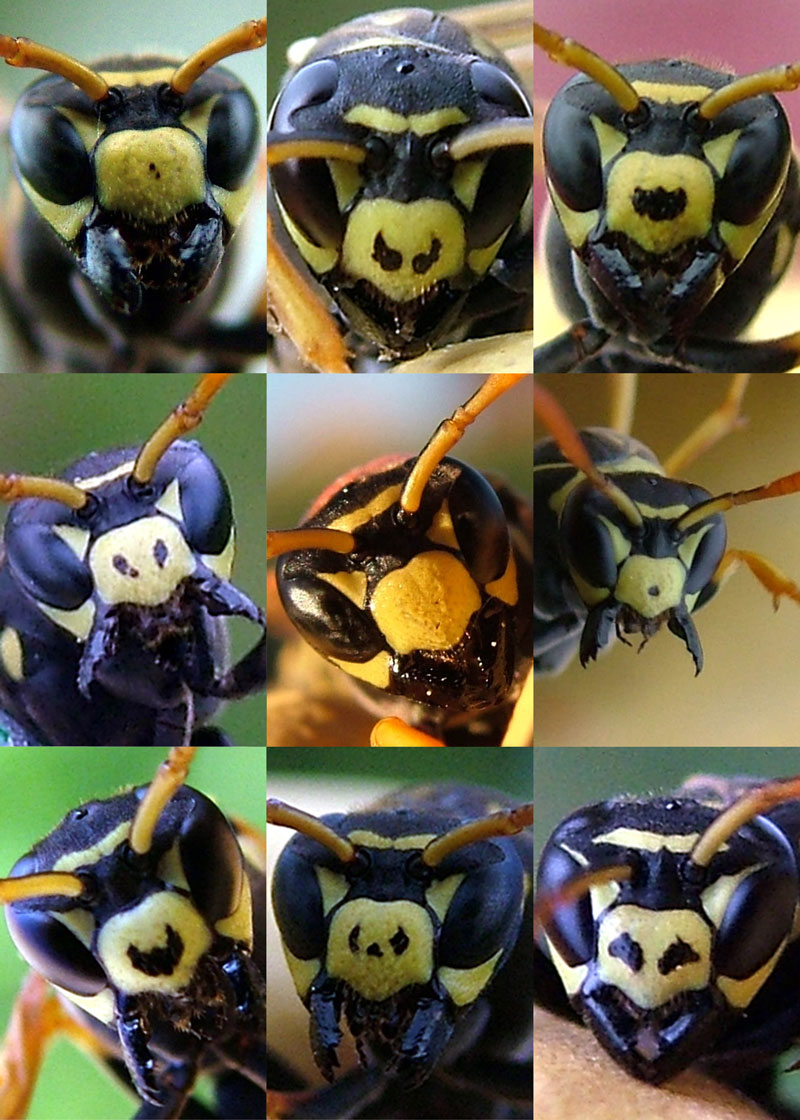 Paper wasps have variable black facial patterns that signal their fighting ability. Wasps with more of these irregular black spots on their faces win more fights and are avoided by rivals. Photo courtesy of Elizabeth Tibbetts.The researchers found that wasps signaling inaccurately high fighting ability received more aggression than control wasps, and that receiving aggression reduced their JH levels immediately after the contest. In the wasps that battled the bluffers, JH levels increased after the bout.

“One of the interesting things about the paper is that it shows that cheating influences the physiology of cheaters and individuals who interact with the cheaters,” Tibbetts said. “That was a surprise.”

Even transient changes in hormone levels are likely to alter an individual’s evolutionary fitness via the persistent effect of hormones on morphology, physiology and behavior. In wasps, juvenile hormone influences social rank and determines lifetime reproductive opportunities.

“Therefore, JH downregulation at the time of nest foundation may have long-term costs,” the authors wrote.

“Wasp ornaments aren’t as elaborate as peacock trains,” said Tibbetts, an associate professor in the U-M Department of Ecology and Evolutionary Biology. “They are more similar to the chest patches in house sparrows or to karate belt colors.”

Co-authors on the PNAS paper are U-M’s Katherine Crocker and Zachary Huang of Michigan State University. The work was supported by a grant from the National Science Foundation.