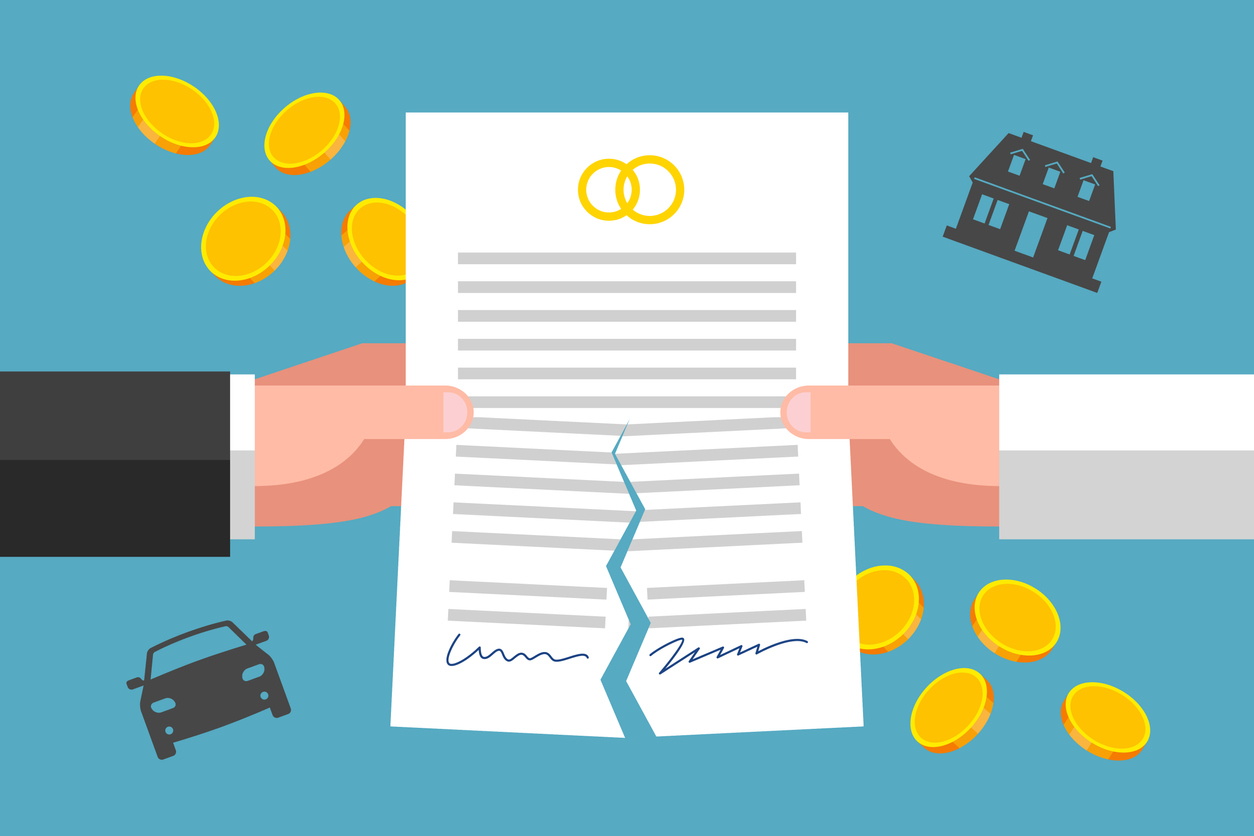 Hands of ex-wife and ex-husband are tearing prenuptial agreement, gold coins and silhouettes of house and car are around. Financial implications of divorcement. Legal side of family breakdown Image credit: Vaselena

ANN ARBOR—Divorce—not buying granite countertops for a remodel—is what drives people to withdraw from their retirement funds well before they actually retire, according to a University of Michigan researcher.

And mortgage payment distress is also a major factor—leading families to withdraw funds.

Americans were most likely to access cash from their retirement accounts before they were retired during a divorce or after they lost a job, according to a working paper by economists Frank Stafford of U-M and Thomas Bridges of the University of Delaware. 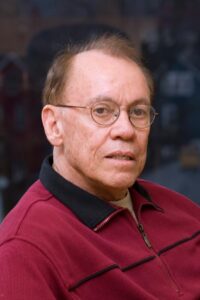 Specifically, people who need extra money may withdraw cash from their retirement accounts, or they may restrict the amount they contribute each month, loosening up their cash flow.

The researchers found that divorced households are 9.5% more likely to access “fast cash” by cashing in retirement savings. They’re also 11.8% less likely to continue contributing to a retirement savings plan. Losing a job raises the probability of cashing in by 3.5%, while a 10% increase in out-of-pocket medical expenditures increases the probability by 0.6%. This number could change with people losing their jobs—and their health insurance—during the 2020 coronavirus outbreak.

“From our work, we expect to see heavy access to pre-retirement pension balances, and ceasing to participate in contributing to pension in response to the economic impacts of coronavirus,” Stafford said. “We also expect to see lower incomes, housing payment problems, family dissolution and divorce.”

The researchers’ assessment was based on the connection between retirement saving and current income and consumption in light of the transition from defined benefit to defined contribution pensions, which continued between 2001 and 2015, Stafford said. “This shift resulted in a greater share of households with access to liquid retirement savings, as well as a greater share of households whose retirement security depends on voluntary contributions.

To determine whether employees accessed funds from their retirement accounts and under what conditions, the study used data from the Panel Study of Income Dynamics. The PSID is a survey that has followed the same families and their descendants since 1968. The PSID implemented a module in 1999 that measured households’ pension participation.

Stafford and Bridges sampled the nine survey waves that include wealth and pension data from 1999 to 2015. Within that subset, the authors further restricted their sample to married households aged 25 to 64, though the participants did not need to remain married throughout.

Households in which the head is aged 62-64 were most likely to cash in from their retirement accounts, followed by the age brackets 59-61 and 44-58.

One bit of good news: The researchers did not find that homeowners were cashing in their retirements or reducing their contributions in order to remodel their homes or make other large purchases. This suggests that families are less willing to use their pensions savings as a ‘convenient ATM’ for discretionary durable purchases, according to the researchers.

“There is the short-term benefit of greater liquidity through reducing contributions to, or withdrawing cash from, retirement resources, and this liquidity feature may substantially benefit constrained households,” Stafford said. “Of concern, however, is the effect of repeated use of these more flexible retirement account saving features on longer term savings adequacy. This warrants further study.”