Do you hear what I hear? Noise exposure surrounds us 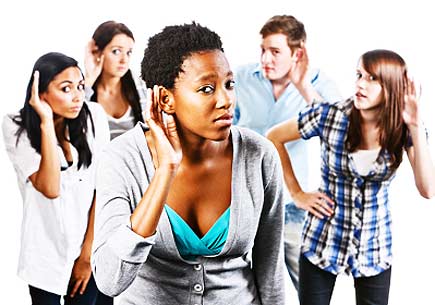 ANN ARBOR—Nine out of 10 city dwellers may have enough harmful noise exposure to risk hearing loss, and most of that exposure comes from leisure activities.

But researchers at the University of Michigan found that noise from MP3 players and stereo use has eclipsed loud work environments, said Rick Neitzel, assistant professor in the U-M School of Public Health and the Risk Science Center. Robyn Gershon, a professor with the Philip R. Lee Institute for Health Policy Studies, University of California, San Francisco is the principal investigator on the study.

This proved true even though MP3 player and stereo listening were just a small fraction of each person’s total annual noise exposure.

Neitzel said he was surprised by the findings. As an occupational hygienist, he expected regular users of trains and buses along with work-related activities to be the chief culprits in excessive noise exposure.

The implications are startling, said Neitzel.

“I do think it’s a serious problem, there aren’t really any other experiences where we would tolerate having nine out of 10 people exposed at a level we know is hazardous. We certainly wouldn’t tolerate this with another agent, such as something that caused cancer or chronic disease. Yet for some reason we do for noise.”

Researchers initially set out to examine the contribution of common noise sources to total annual noise exposures among urban residents for mass transit usage; occupational and non-occupational activities, MP3 player and stereo use; and time at home doing other miscellaneous activities. They looked at what caused the majority of potentially harmful exposures in 4,500 residents in New York City who used public transportation.

With any environmental exposure, until scientists know the length of exposure, the exposure level means nothing. The average New York transit user spends about 380 or so hours either waiting for or riding transit, which has average noise levels of 72-81 decibels. For comparison, the average speaking level is 60 decibels, a busy street corner is 80, a circular saw is 90, a baby crying 115. The threshold for pain is about 125, and even a brief, one-time exposure above that level can cause permanent hearing loss.

“Lots of people appear to be exposed at hazardous levels,” he said. “A growing number of studies show noise causes stress, sleep disturbance, and heart disease. It may be the noise which we haven’t historically paid much attention to is actually contributing to some of the top health problems in developed countries today. This begs for a public health education program.”

The paper, “Exposures to Transit and Other Sources of Noise among New York City Residents” is online in the December Environmental Science and Technology.