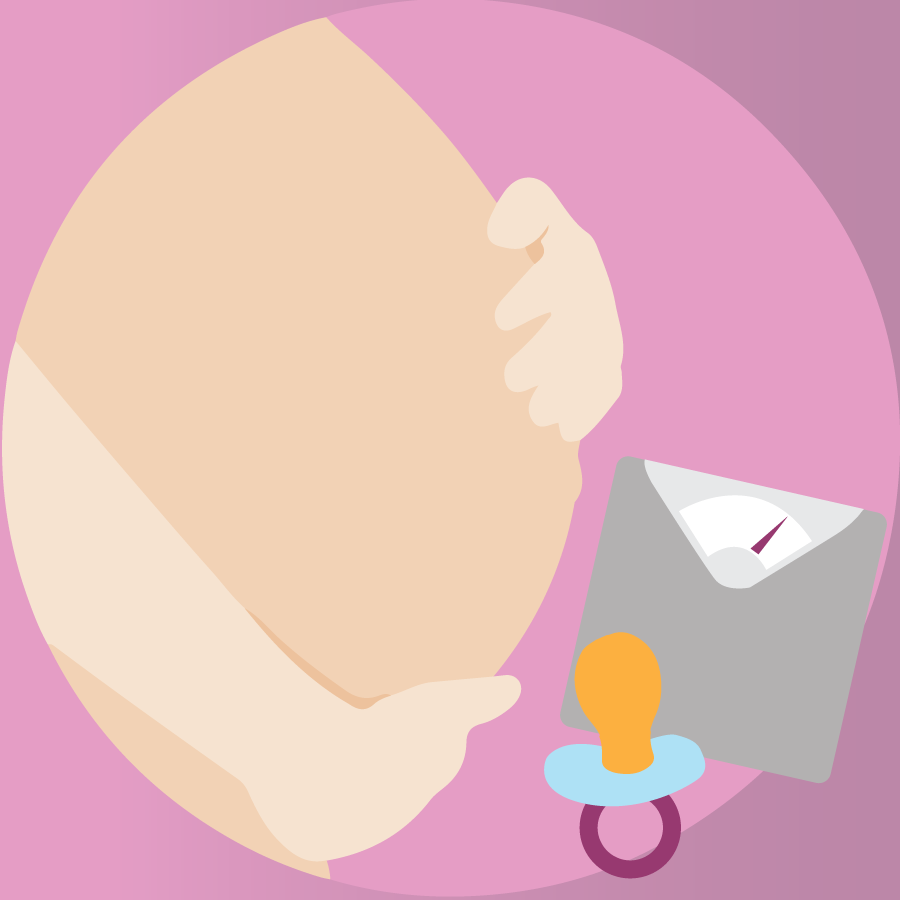 ANN ARBOR—Pregnancy has long been blamed for causing permanent weight gain and obesity in childbearing women, but the real culprit seems to be lifestyle and age.

In a new study, Olga Yakusheva, associate professor at the University of Michigan School of Nursing, examined the long-term weight gain of childbearing women compared to expected weight gain for women without kids.

The findings contradict the belief that adding extra pounds during pregnancy translates into long-term weight gain or obesity. The study found that age and mom’s lifestyle—for instance, a busy mother denying her own exercise and fitness, or finishing food on toddler’s plate—were to blame for expanding waistlines.

Yakusheva and her colleagues looked at data for roughly 30,000 women who’d given birth between one and four times. They found that while most women never returned to their pre-pregnancy weight, their weight at 1-2 years after giving birth was nearly identical to what they could have been expected to weigh if they didn’t have children, Yakusheva said.

Women with and without children gained 1.94 pounds a year due to age. But that’s where the women diverged—once their children became toddlers, the mothers gained a full pound more annually than their childless peers.

Yakusheva believes that lifestyle is the reason many mothers gained more weight.

“Mothers tend to put the needs of their children first, so they might not be exercising or taking care of themselves,” she said. “It might also be little things like finishing the food on their child’s plate or spending more time sitting with their kids reading or watching a movie.”

Yakusheva wants to break the myth of lingering baby weight as a reason for being overweight.

“Many women really crank up their diet and exercise for a short time to get back to their pre-pregnancy weight, and often get discouraged by the results. But it’s much better to take a holistic approach focused on a long-term healthy lifestyle before, during and after pregnancy,” she said.

For her, the issue was personal as well as professional. During her first pregnancy, Yakusheva gained 70 pounds, and during her second she gained 60—despite calorie counting and daily weigh-ins.

“I felt terrible,” she said. “Many women feel that anxiety about gaining pregnancy weight because they’re already anticipating pressure to lose the weight, from others and themselves.”

Yakusheva emphasizes that these findings should not make mothers feel guilty.

“Understanding the demands of motherhood and age-related weight gain is important for promoting positive expectations of body image after pregnancy,” she said. “As long as women are healthy, that is what matters.”

Yakusheva encourages health care providers to counsel women about age-related weight changes, and to make them aware of subtle ways parenthood could exacerbate these changes over many years.