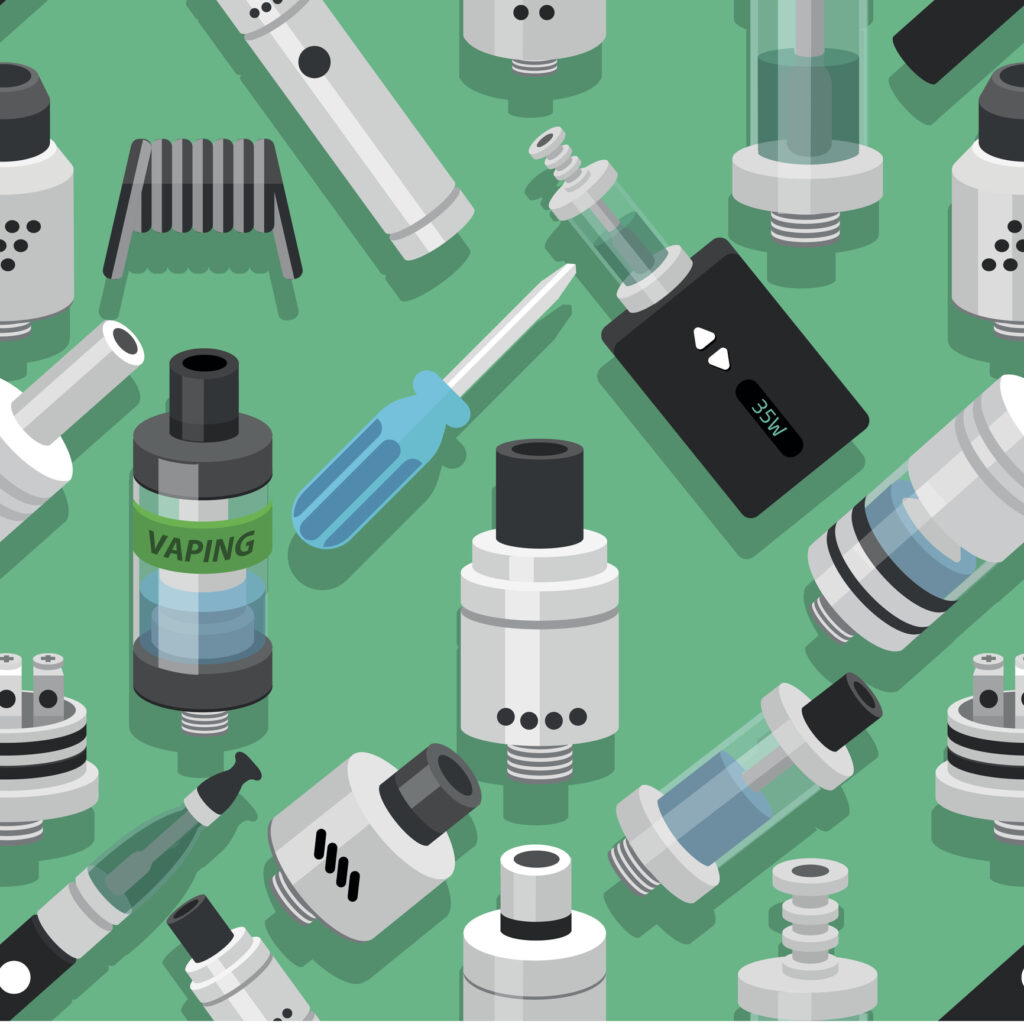 The number of adolescents who have attempted to quit e-cigarettes and failed has grown with the rapid increase of teen e-cigarette use in the past five years, according to a study by University of Michigan researchers.

The findings suggest, however, that e-cigarette use has reversed a two decade-long decline among youth who made attempts to quit nicotine and failed.

The 2020 level of 6% (for both cigarettes and e-cigarettes combined) compares with the percentage of youth with failed attempts to quit regular cigarettes that was at 10% in 1997 and that gradually declined over the next two decades to 2% by 2020.

“These results indicate that failed nicotine quit attempt levels have gone back to where they were about 17 years ago for adolescents,” said Richard Miech, research professor at the U-M Institute for Social Research and lead author of the study published in the Journal of the American Medical Association. 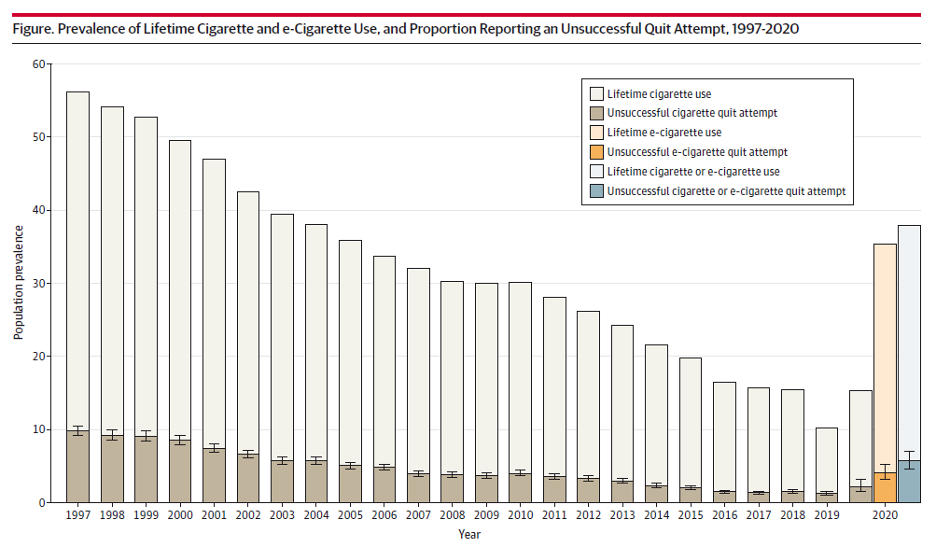 The number of adolescents who have attempted to quit e-cigarettes and failed has grown with the rapid increase of adolescent e-cigarette use in the past five years, according to a study published in JAMA. Image courtesy: Richard Miech

The analysis used data from U-M’s Monitoring the Future, a project funded by the National Institute on Drug Abuse. The project annually conducts nationally representative surveys of U.S. eighth, 10th and 12th grade students. For this study, the analysis pool was 815,690 students who participated in the project between 1997 and 2020.

In addition to Miech, study co-authors include Patrick O’Malley and Lloyd Johnston of U-M and Adam Leventhal and Jessica Barrington-Trimis of the University of Southern California. This study was funded in part by a grant from NIDA (DA001411), a supplemental grant from the Food and Drug Administration on nicotine vaping (DA001411-47S1), and the USC Tobacco Center of Regulatory Science grant from the Food and Drug Administration and National Cancer Institute (grant U54CA190905).